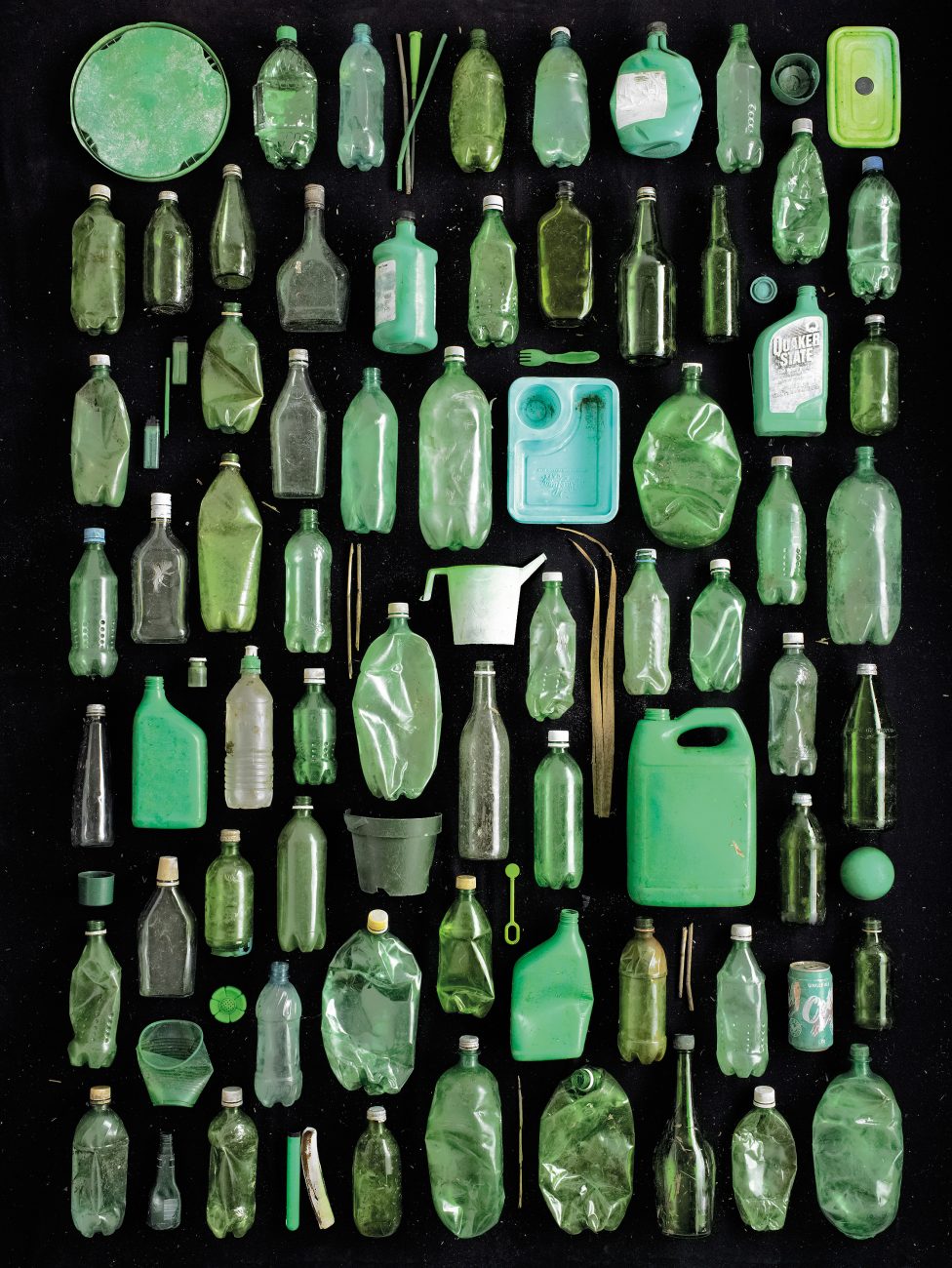 Barry Rosenthal was scouring the Jersey shore for plants to photograph for his growing botanical still life study, but found none. Instead he followed the tracks of a fiddler crab to a pile of soda bottle caps and discovered treasures among the trash that would captivate him for seven years.

“I just shifted gears from botanicals into what I could find,” says Rosenthal. “There was an abundance of this stuff.” A beachcomber all his life, he began to see the remains of human life and industry everywhere he looked. He collected pieces of similar form or colour and returned with them to his car where he had erected a mobile studio—a large format camera with a digital back tethered to his laptop, a thick sheet of diffusing material and an 18 x 24-inch pad that formed a background he could shoot down on.

The set up, which used only natural light, was simple enough, but not without limitations. “I could spend a lot of time setting up a composition only to have it destroyed by the wind as soon as I turned my back,” he says. “It would just blow away.”

As the project expanded into New York Harbour, Rosenthal encountered other problems. Some of the objects he found were large, and there were a lot of them. He changed to a programme of collecting days on the shore and shooting days back in his commercial studio, bringing pieces back to dry and sort.

Hurricane Sandy made a huge contribution.

Rosenthal hadn’t set out to make a statement; it was, he says, “an innocent approach”. But the environmental themes that emerged from the work were echoed in press coverage in magazines and blogs—National Geographic Brazil put his image of blue plastic objects on the cover of their special issue on waste.

“This was a personal project, I wasn’t thinking of the viewer, I was just looking for a pleasing visual language,” he says. “But I’ve been influenced by what I’ve found, and I realised this work is making a statement about the quantity of stuff out there, it’s a strong indictment on consumerism.”

Like many personal projects, Rosenthal had started out simply curious to see what he could do. Eventually, finding the lost and disposed articles of society changed the course of his career.

“I’m not doing commercial work so much any more,” he says. “This has become my life, I’ve become an artist. I’m happier, I’m poorer, but I’m generating my own ideas and I’m finding an audience.”