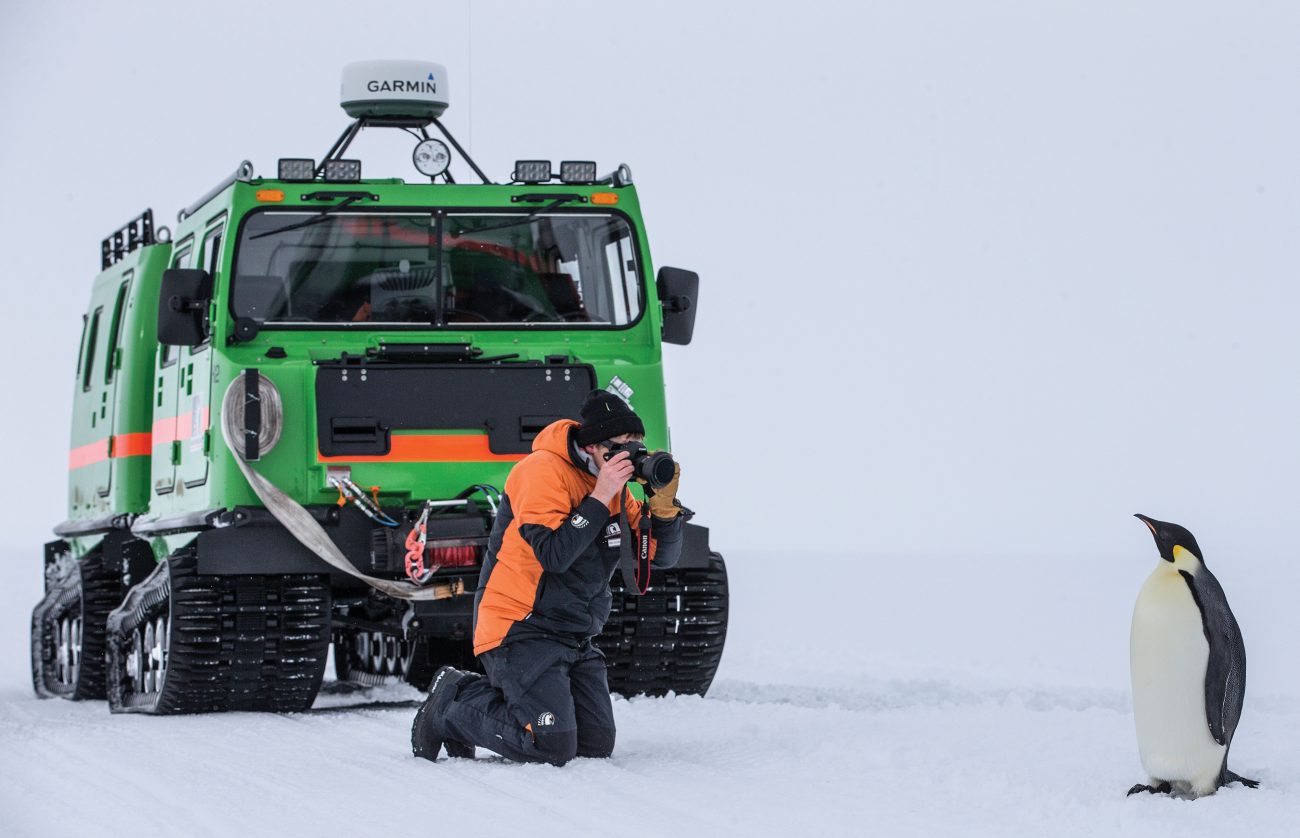 In some ways, Antarctica is every photographer’s nightmare. “I was almost always working in bright, flat, washed-out light,” says Neil Silverwood. “On the Ross Ice Shelf, the foreground and background were always the same white nothingness. Everything tends to look the same.”

Silverwood, the overall winner of New Zealand Geographic Photographer of the Year 2017, is no stranger to adversity, but he’s more familiar with lugging camera gear through the dampness and darkness of caves, which don’t get much chillier than the average refrigerator.

Extreme cold is challenging enough for humans to cope with, but cameras tend to just give up. Lenses mist when taken from cold outdoors to warm indoors, then the moisture freezes on the return outside.

“I was constantly worried about destroying lenses,” says Silverwood. “In the end I only had one neutral-density filter shatter from this, but because of the risk, I took just about two of everything.”

Layers of bulky clothing and several pairs of gloves mean that no photograph happens quickly.

“Even a simple task like pushing the shutter button is difficult,” he says. “I got frost nip at one point too from accidently holding the camera up to my face, photographing people getting ready for a traverse during blizzard conditions. The freezing metal left a bright white mark on my skin.”

Having a drone, however, allowed Silverwood to find fresh perspectives on the continent, helping him communicate the sheer scale of the Ross Ice Shelf.

But the drone developed a personality of its own in the cold, struggling when temperatures dropped below -30°C. Its GPS and internal compass regularly failed so close to the pole, meaning that Silverwood had to steer it by watching from the ground—a challenging task when a drone is distant enough that it’s difficult to tell whether it’s travelling towards or away from its pilot.

When he wasn’t out shooting, Silverwood helped with day-to-day tasks at the hot-water drilling camp, helping to pitch the large science tents on arrival and later doing dishes for chef Lana Hastie.

While being on the ice shelf was a strange sensory experience, the most overwhelming part of the trip was Silverwood’s return home. Travelling at 50 kilometres per hour in a car seemed very fast, drinks from the fridge no longer felt cold, and it was as though he was seeing the country for the first time.