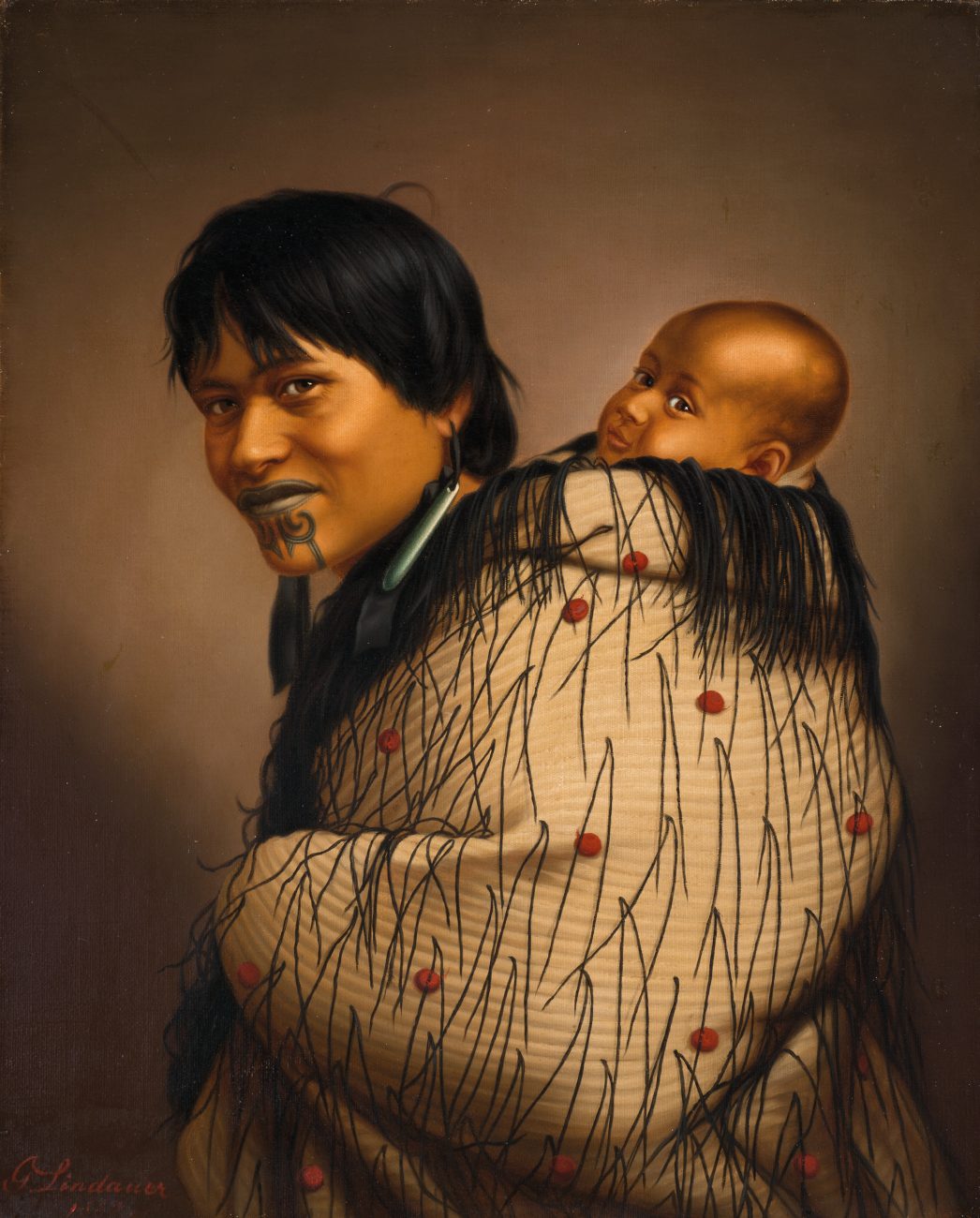 The 19th-century painter Gottfried Lindauer may have painted as many as 30 versions of his famous portrait, Ana Rupene and Child. It made his career, but did little to advantage his subject.

The painting depicts a Māori woman, wrapped in a cloak, with a child on her back. She wears a moko kauae—a facial tattoo that is a mark of both her whakapapa (lineage) and mana (status within the tribe). The warm hues, the inclined aspect of the subjects’ heads, the softness of the light and the tenderness between mother and child all contribute to an image of motherhood at odds with the Victorian depiction of the warrior race.

But who was Ana Rupene? It’s a tangled tale, and it begins with a photograph.

Sometime between 1871 and 1878, a Māori woman with her infant son walked into the Foy Brothers studio in Thames. A portrait was taken, and printed in the popular cabinet card format of the day. But it wasn’t for Rupene.

The cards went into production with worldwide distribution, and became well known internationally, where images of exotic themes of race and empire were a burgeoning curiosity. The card was one of a number painted by Lindauer in a series from the Hauraki region, a piece that would later become a ‘destination painting’ for the Auckland Art Gallery, where it was housed. 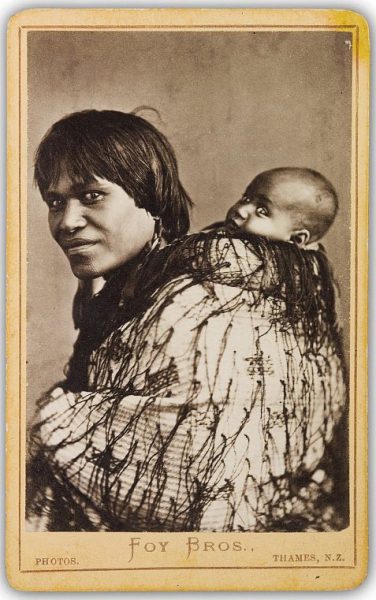 Yet the descendants of Rupene didn’t become aware of the work until the 1960s, when the image was spotted as branding to sell straw brooms in a store in Thames. Toko Renata, a descendant, arranged with the storekeeper to purchase a framed print, agreed on an amount and paid it off in installments until he could return the reproduction home—the first time the family had enjoyed real access to the work.

But the mystery of Ana Rupene’s identity runs deeper: The original cabinet card in the Foy Brothers’ collection is inscribed on the reverse with the name ‘Hirini’, rather than Lindauer’s ‘Rupene’. The name Heeni Hirini was well known to the Renata family, as she cared for Renata and his siblings after their mother passed away, so is likely correct. (‘Rupene’ may have been derived from Ruepene, Heeni’s husband’s name, and ‘Ana’ was perhaps a given name.)

It’s clear that the painter was not intimately acquainted with his subject, nor knew her real name, nor likely met her. As for the photographer—whether it was James or Joseph Foy—it’s obvious the studio appeared to have largely commercial aspirations for the work.

The distance between both artists and their subject was a symptom of the time. Hirini lived through a period of enormous change—the destruction of traditional hunting grounds, logging, gold mining, pastoral farming and confiscations all took a toll on the land and livelihood of Māori in the Hauraki region. Mortality rates were high, and the boy on Rupene’s back is believed to have died in his late teens.

Today Heeni Hirini lies in an unmarked grave at Parakau, Manaia, but her portrait and the painting derived from it circulate still—warm images that belie her circumstances, the artist’s intentions, and the relationship between them.