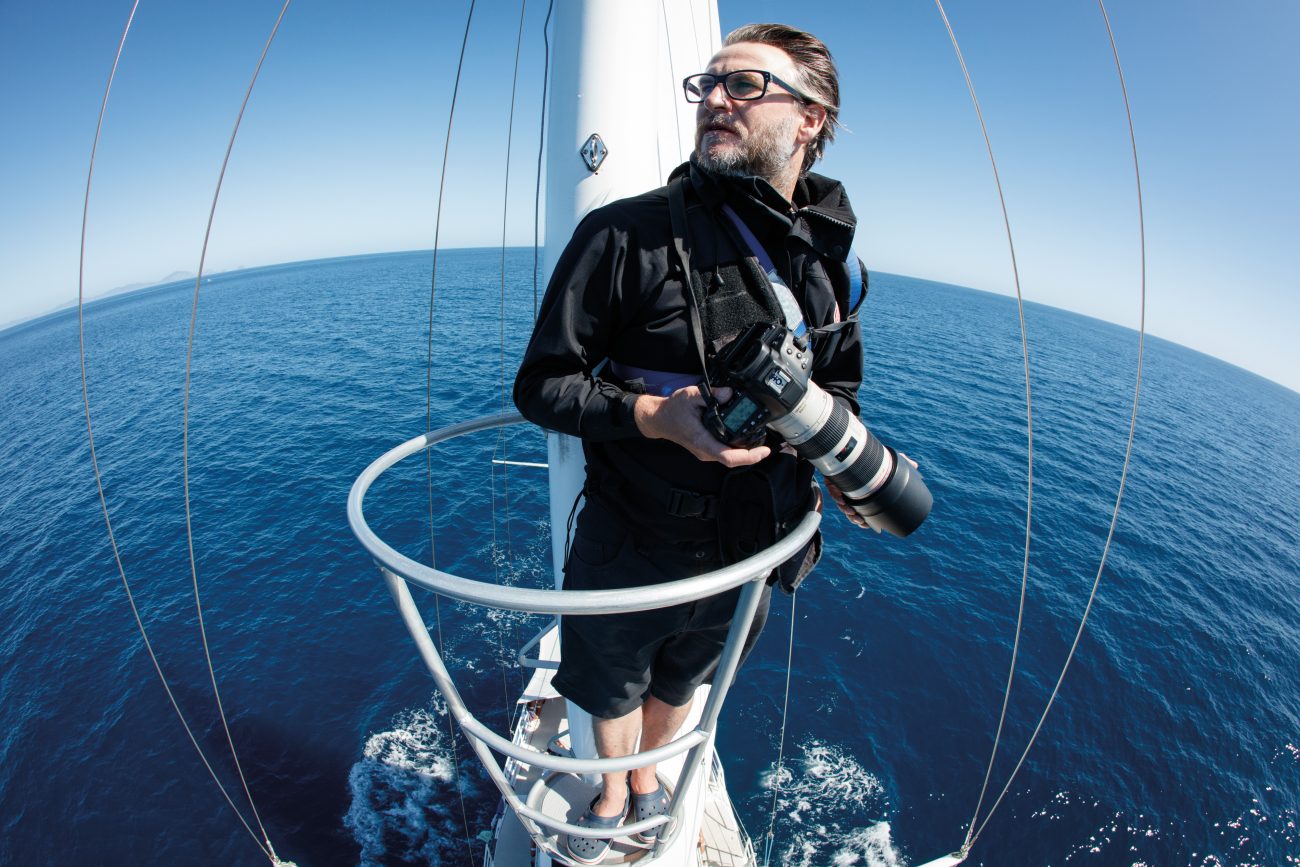 For five years Richard Robinson has been heading out into the blue realm far beyond our shores to photograph the pelagic creatures that live there. It wasn’t an assignment as such, but the beginning of a body of work propelled only by curiosity.

He began accruing images of events that occur so rarely that few have had the opportunity to photograph them—orca hunting, the birth and first breath of a pilot whale, feeding frenzies that included several hundred animals. Soon, he had the kernel of an idea that began to coalesce around a working title, ‘Where the Buffalo Roam’—a reference to the American West that matched Robinson’s vision of this vast ocean prairie and its cast of leviathans.

The project received two big boosts. First, researcher Jochen Zaeschmar allowed Robinson to accompany him on his many trips offshore, where the photographer took up a spotting position high in the crow’s nest. Later, Robinson won the inaugural Canon Personal Project Grant, enabling the completion of the project with the new 5D Mark IV.

The coincidence of vision, curiosity and good fortune are captured in the pages of this issue: “Some of the best work of my life,” says Robinson.