In Westbourne Park, London, 80 million images rest quietly in boxes. Together, they represent the visual tokens of social history, items that have the power to alter our impression of the past, and perhaps even inform a new vision of the future.

Only a fraction of the holdings of the Hulton Archive—one of the oldest and largest in the world—have been digitised, leaving aspects of Britain’s visual history unknown, forgotten, or lost.

It was into this massive archive that researchers from the charity Autograph ABP went hunting for material that would redress “the persistent absence” of African heritage from the British historical record. Within a collection from the London Stereoscopic Company, curators Renée Mussai and Mark Sealy hit upon a series of glass plate negatives that hadn’t been seen in more than a century—the archivists didn’t even know they existed.

The images depict members of The African Choir, a group of young South African singers who had toured England between 1891 and 1893 to raise funds for a school back home. They had performed for Queen Victoria, and at some point in their visit, sat in the studio of the London Stereoscopic Company to be photographed for cartes de visite—tradable photographic calling cards—with an innovative photographic technology that, with the aid of special viewer, gave the illusion of a three-dimensional image. 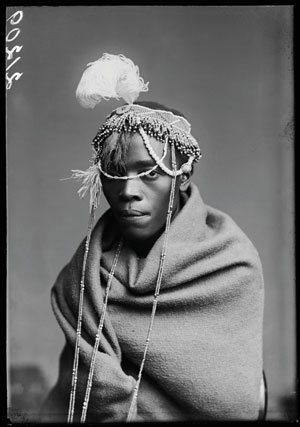 The pictures were reprinted from glass plates by specialist printer Mike Spry in his garden shed and included in an exhibition, Black Chronicles II. The archival search (supported by the Heritage Lottery Fund) and subsequent exhibition seek to repair a visual rift in Britain’s cultural fabric. “It’s part of an ongoing project,” curator Renée Mussai told The Guardian, “which uses the history of photography to illuminate the missing chapters in British history and culture, especially black history and culture.

“There are several intertwining narratives—colonial, cultural and personal—embedded in these images, but what is often startling is how confident and self-contained many of the sitters are as they occupy the frame.”

The late Stuart Hall, an influential cultural theorist to whom the exhibition is dedicated, suggested that “there is no understanding Englishness without understanding its imperial and colonial dimensions.”

Given the long reach of the former British Empire, most countries outside of the United Kingdom would appreciate the imperial and colonial concerns obvious in these photographs. But how many more ‘missing chapters’ of British history are yet to be found within archives such as the Hulton? And what will they reveal about our past that might inform our future?