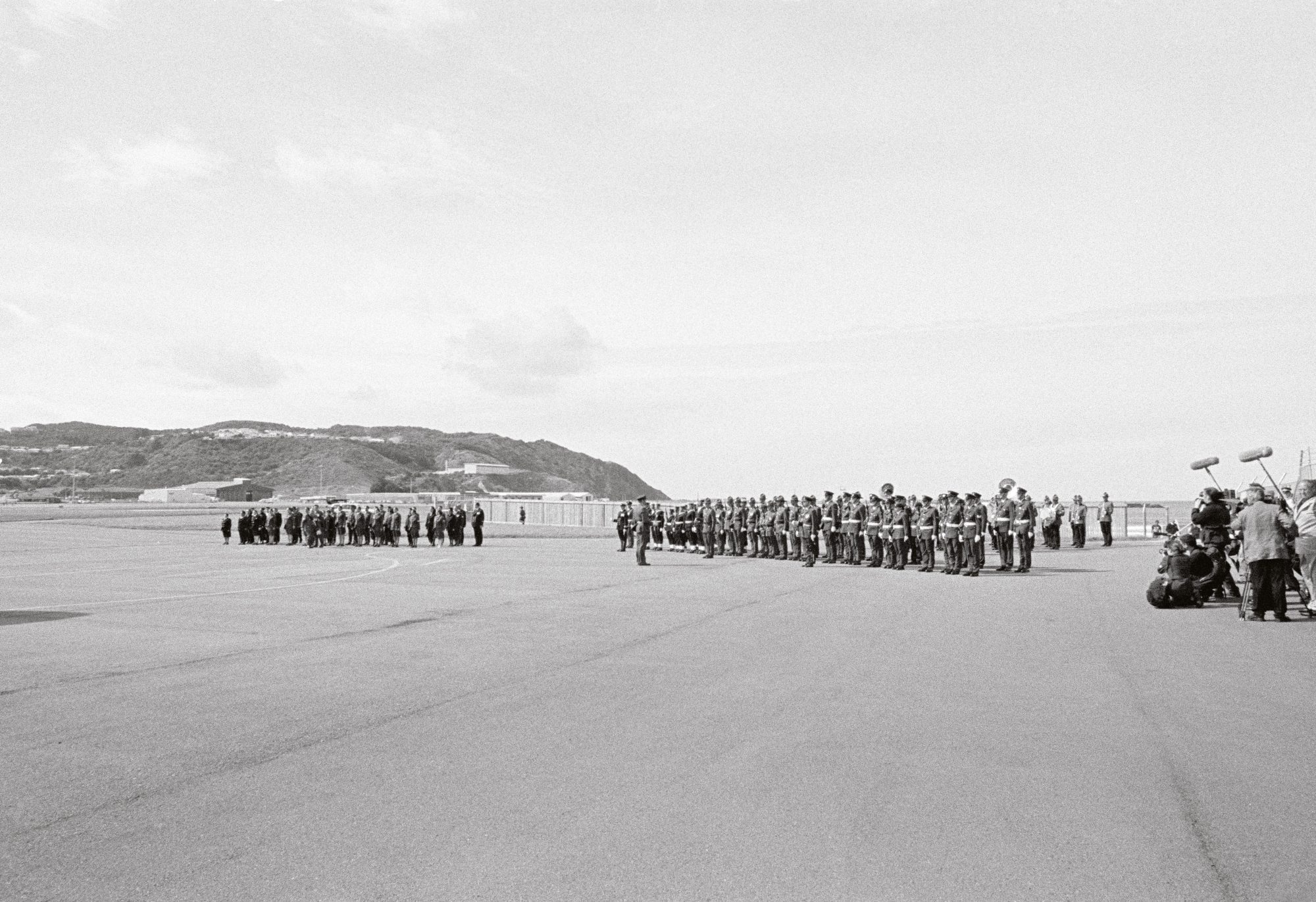 It is hard to comprehend the overwhelming emotion that surrounds the passage of this unknown soldier. As the bearers of this warrior file past me, I pull back from my viewfinder and lens, engulfed by respect and the weight of the moment. I have no understanding of the events that surrounded the death of this or any other soldier except for what I have gleaned from film and literature. Death in or near the trenches of France almost 90 years ago is too far beyond my experience for me to comprehend, but for this brief moment, as the casket moves past just an arm’s length away, I am lost in the tragedy of this man’s history.

The two days that marked the return of the warrior were steeped in military decorum and honour. The presence of the Defence Force was intense, as were the pride and reverence visible on the faces of the hundreds of soldiers, sailors airmen and the thousands of ordinary New Zealanders who participated.

It remains pertinent in a time when war is as prevalent and relentless as ever to remember those whose lives it has cut short. And the crowds remembered as they lined the streets, as the cortege slowly and solemnly passed. They remem­bered as they quietly filed through Parliament, and as they laid poppies on the casket as our Unknown Warrior waited to be entombed in his new and grand setting. He was back home in the land he had sprung from. “Now and forever, home is good”, as the closing line of Vincent O’Sullivan’s specially commissioned poem proclaims.

Through a looking glass

The case for Parihaka Day

REMEMBRANCE of (some) things past

Never underestimate the power of a gift