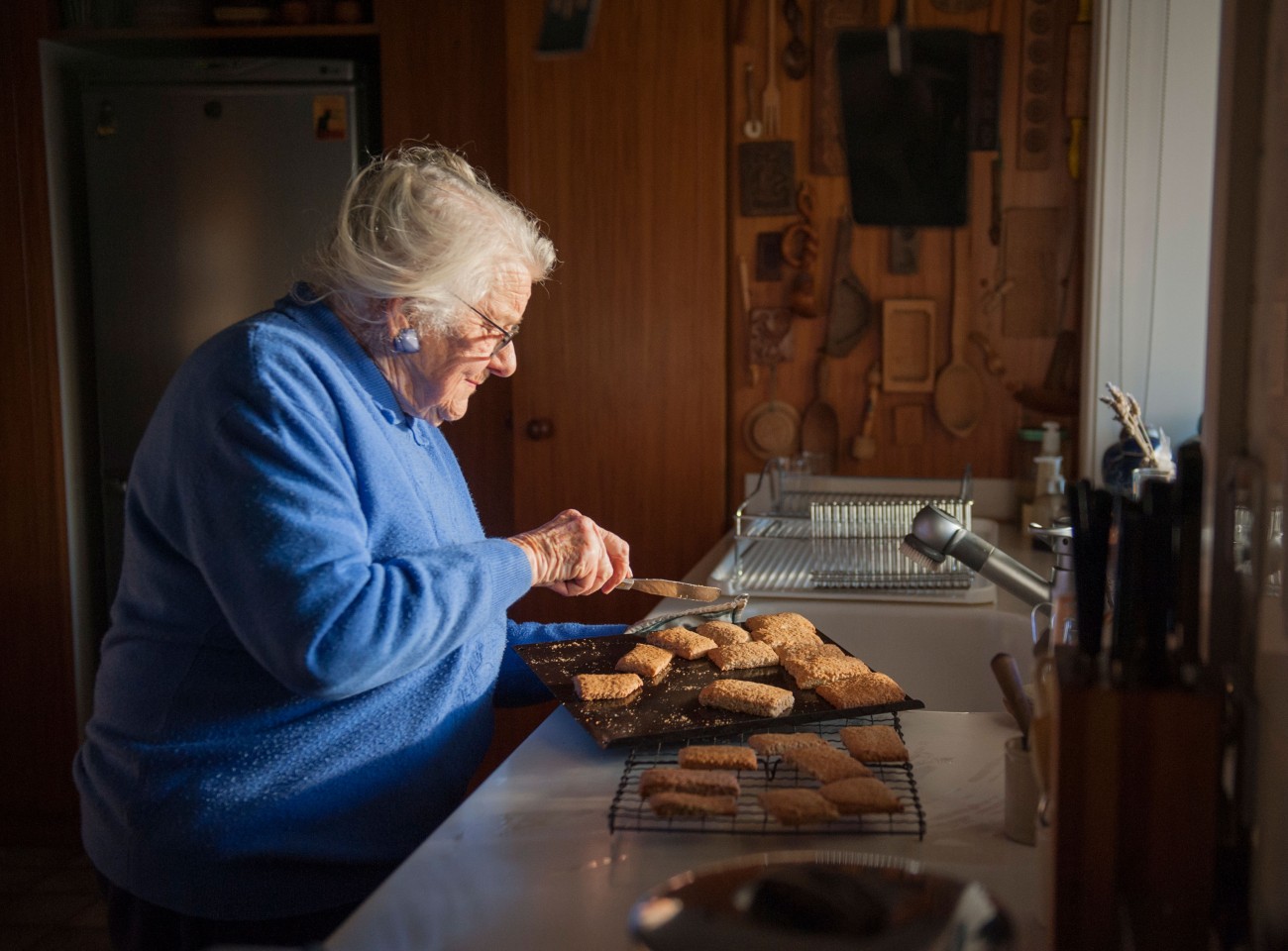 The Telephones Rang often at the New Zealand Woman’s Weekly test kitchen in the Auckland Star building in Shortland Street. The girl on the phone would whisper to food editor Tui Flower that it was Myrtle on the line again—usually with a question, sometimes with a complaint.

In the 1970s, the Weekly was the epicentre of culinary know-how in New Zealand. Through its pages, Flower taught women how to use the new ingredients and appliances arriving in the country, persuaded them to try cooking with garlic, olive oil and wine. She always had Myrtle in mind—her name for the women she met when she gave cooking talks and demonstrations around the country. Myrtle just wanted to get a decent dinner on the table for her husband and family. Myrtle didn’t know when an avocado was ripe or what to do with broccoli.

Before Tui Flower, the Weekly published syndicated recipes from Australia or America. That changed after editor Jean Wishart saw test kitchens at overseas magazines; she promptly set one up in Auckland and hired Flower to develop recipes with New Zealand ingredients.

The year was 1965, and housewives were dishing up meat and three veg on the regular: roast dinner on Sunday, eaten cold the next day, any leftovers made into cottage pie or meatballs the day after that. Stews and casseroles were menu fixtures, perhaps fish for a change on Fridays.

Few are nostalgic about food from this time. But this limited, repetitive diet wasn’t due to a widespread lack of culinary skills, says Flower. “They were excellent cooks and bakers. They were a damn sight better than people are today because they had to do more with what they had. The ingredients that we take for granted were not widespread.

“In 1965, I could not have bought an avocado just willy-nilly. Things like broccoli, courgettes, garlic, they were not common­place. I happened to know them because my father was a very good gardener. If you were going to have anything like that, you grew it, because it wasn’t in the shops.”

What was in the shops? Two kinds of bread, brown and white. Two kinds of cheese, tasty and mild. Root vegetables and greens­ peas, beans, silverbeet, cabbage. “You would have roasted vegetables with your weekend joint, but other than that you would almost always have boiled or steamed them,” says Flower. “You had butter to cook with. Oil was almost a rude word, as was garlic. I had letters telling me not to use that foreign muck.”

Flower, a former school teacher with a University of Otago home economics degree, had an unusually cosmopolitan approach to cooking. She had spent a year in the United States, where she visited a supermarket for the first time, and later studied cooking in Paris after winning a bursary in 1954. Her French training almost fell through; culinary schools would accept a New Zealand student, ask when he would be arriving, and rescind their offer on discovering he was a she. Finally, a hotel school in Paris took her on: Flower and 300 teenage boys. (Only four years earlier, Julia Child had insisted her way into Le Cordon Bleu.)

At the beginning of her tenure at the Woman’s Weekly, Flower couldn’t count on her readership having cake mixers or even refrigeration. She sought to win over her readers with reliability. Each recipe was tested, and she took a great deal of pride in never getting much wrong. When readers complained, she spent hours patiently writing letters or tactfully pointing out over the phone that failing to measure ingredients or omitting one or two may have caused a flop. Recipes featuring in-season produce—asparagus, nectarines, strawberries—had to be written and photographed a year ahead. She was allowed a single colour page per issue, which the printers required eight weeks in advance.

As Flower’s team grew, eager hires wanted to create ‘fancy’ recipes; Flower would assign them to invent six ways with a basic ingre­dient: swedes, Brussels sprouts, luncheon sausage. “That’s what Myrtle had to use,” she says. “We had to give her ideas to do some­thing better with it.”

Flower saw her work as a service rather than an art. “It was just a teaching job by a different method, and basi­cally I am a teacher.” She took it seriously, and demanded the same of others—earning her the nickname of company dragon. “Domesticity has lost any regard; I saw this starting to happen when I was young,” she says. “It’s a bit ordinary to be able to cook.”

Flower is pleased increasing numbers of men are becoming house-husbands, but she wishes home­making was better respected.

“So many people are a little caustic about the ‘brainless’ ones who stayed home. They don’t realise that home is the hearth, the centre.”

She left the Weekly in 1984, 19 years to the day after she began. Now 88, still living in the Mt Eden house her family has occupied for more than a century, she remains excited at the idea of educating people. She invites me to return another day to read her collection of 18th-century cookbooks, to learn how to bake properly. “If you said to me, ‘I’ve been dying to learn such-and-such,’ I’d say, ‘Come along, I’ll show you.’ I’ve got that knowledge—why can’t I hand it on to somebody else?