The first kiwi sent from New Zealand to Europe arrived in England around 1812. Its insides had been removed, its skin and feathers preserved, and its little body flattened into an un-lifelike shape. It was a tokoeka/South Island brown kiwi, and it became the holotype of the species, the individual animal associated with the scientific name given to it in 1813, Apteryx australis. Where exactly the specimen came from was a mystery. Naturalists assumed it was collected in Fiordland’s Dusky Sound. Now, cutting-edge ancient-DNA techniques have revealed its true origins—which means new scientific names will need to be found for three other groups of tokoeka. In 2017, Canterbury Museum curators Paul Scofield and Vanesa De Pietri visited the holotype at the World Museum Liverpool, where they were given a sample of the bird’s skin the size of a fingernail clipping. Back in New Zealand, Scofield and colleagues mapped the kiwi’s mitochondrial and nuclear DNA, then compared the sequences with the genomes of living kiwi. The results showed the specimen was genetically distinct from the Fiordland tokoeka, meaning it wasn’t from Fiordland at all. Instead, it was from the world’s southernmost kiwi population, on Rakiura/Stewart Island. Researchers checked their finding against the historical record, and it stacked up. When the kiwi specimen was collected in 1811, Fiordland seal populations had been cleaned out, and the few sealing gangs remaining had moved to the northern side of Foveaux Strait. Using shipping data from early newspapers, Scofield’s team established that just one vessel, the Sydney Cove, was sealing near South Cape on Rakiura at the time. One of those sealers probably caught the kiwi. When the sealing crew landed in Sydney, they sold seal and kiwi skins to Andrew Barclay, the captain of a convict ship and former privateer (during the Napoleonic Wars, he obtained a licence from the British monarchy to board and sink French ships). Barclay sailed to China, where the seal skins would be made into leather for top hats, then continued to London. The kiwi specimen ended up in the private collection of George Shaw, keeper of zoology at the British Museum, who bestowed its scientific name. Now that we know the kiwi came from Rakiura, according to the rules of taxonomy, the Rakiura population must now take the Apteryx australis name—an appropriate one, as australis means southern. Research continues into whether the genetically distinct populations of tokoeka on Rakiura and in southern Fiordland, northern Fiordland and Haast are separate species or subspecies. Once that’s been figured out, the three other groups will need new scientific names—an opportunity to use Māori terms for these taonga.

An overconfident meteorologist comes up with the idea of naming storms after people—especially people he doesn’t like. 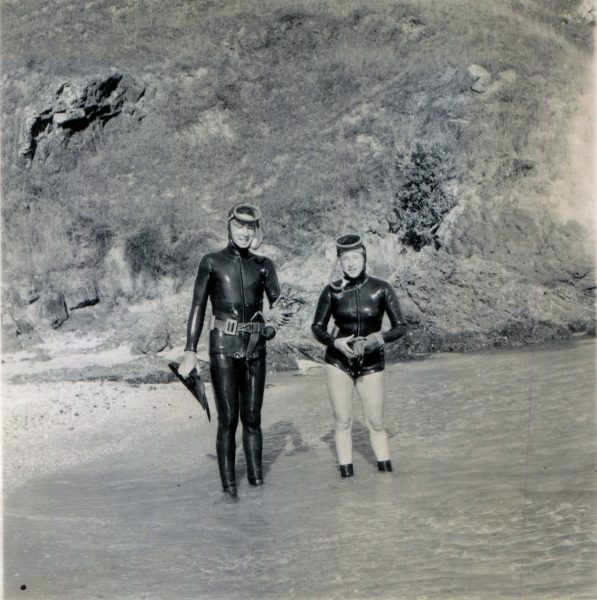 A song for the crayfish

Pioneer divers Keith and Ailsa Lewis reflect on a lifetime of exploration in the Hauraki Gulf, the abundance of crayfish and their hopes for the future. 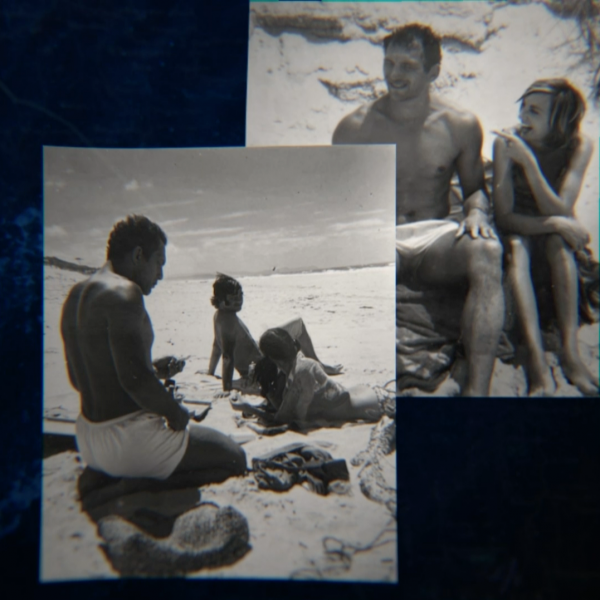 A song for Pakiri

Laly Haddon and daughter Olivia grew up on the pearly sands of their turangawaewae at Pakiri, and have witnessed radical change.

On a brief visit to Auckland, the celebrated author of Treasure Island almost didn’t make it out of the harbour.

The soft mudstone cliffs of south Taranaki hold clues to creatures past. Fossil collectors unearthed seven specimens of an unknown species here, including a complete skull. Close analysis revealed this ancient animal was a monk seal—now extinct, but new to science. The seal would have been a bit bigger than a sea-lion, reaching two and a half metres in length and weighing 200 to 250 kilograms, and would have frequented the waters around New Zealand some three million years ago. Researchers gave it a pop culture-inspired name: Eomonachus belegaerensis, after the largest ocean, Belegaer, in JRR Tolkien’s mythical world of Middle-earth. The new seal has already rewritten history. Before now, monk seal fossils had been found only in the northern hemisphere, and the two living monk seal species are found in Hawaii and the Mediterranean. Monk seals are part of a sub-family called Monachinae, which also includes elephant seals and Antarctic seals. There are several stories explaining seal evolution. The prevailing one goes that Monachinae evolved in the North Atlantic and travelled south. But with the discovery of a South Pacific monk seal, the scales tipped in favour of a different origin story. Perhaps all three types of Monachinae evolved in a “southern cradle”, and then some of the monk seals headed north. Felix Marx, curator of marine mammals at Te Papa, is anticipating more finds. “New Zealand is incredibly rich in fossils, and so far we have barely scratched the surface,” he says. “Who knows what else is out there?”

A steamer goes down off Wellington. 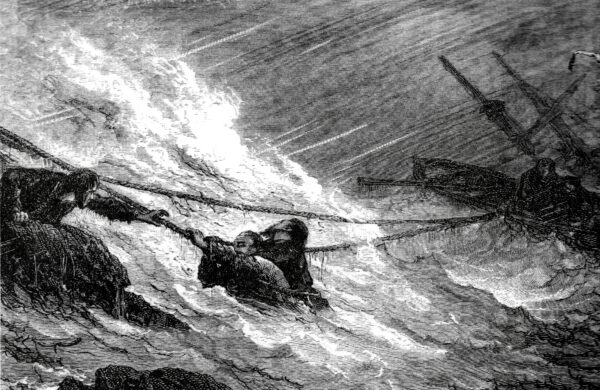 A tale of two shipwrecks

Life in the subantarctic is difficult enough for those who arrive prepared. In 1864, castaways from two storm-wrecked ships, the Grafton and the Invercauld, landed on opposite ends of Auckland Island. Survival became a daily challenge. Each group tackled it differently: one fell to violence and cannibalism, while the other became a close-knit brotherhood. Were the wildly different fates of men of the Grafton and the Invercauld down to luck—or leadership?

It was the sensation of 1902—a celebrity bodybuilder toured New Zealand encouraging locals to get ripped. 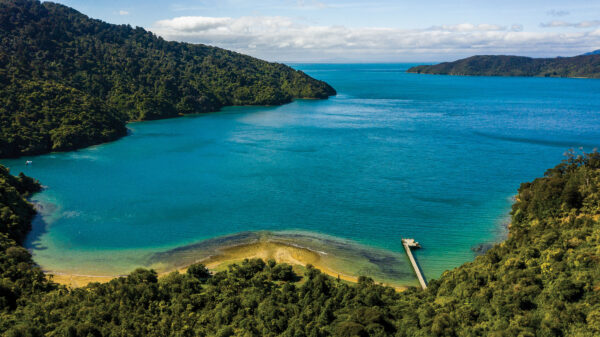 The second-oldest collection of Māori artefacts in the world—exceeded only by the one amassed by James Cook—is held in Russia. These 200-year-old treasures have immense value to iwi at the top of the South Island, whose ancestors traded with Russian explorers. Now, there’s a movement to bring these taonga home.

The Burgess Gang brings terror to the goldfields. 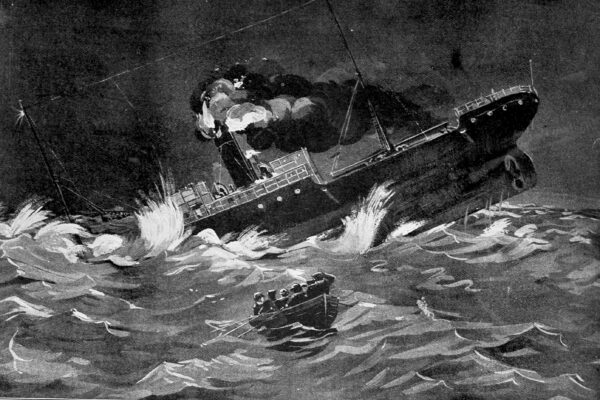 Ghost ship of the Hokianga

In 1902, the steamship Ventnor was carrying the bones of 499 Chinese gold miners from New Zealand to southern China when it sank off the coast of Northland. For more than a century, no one knew where the ship lay. Its discovery seven years ago kindled questions and disputes that blazed into controversy earlier this year. Who decides what happens to a wreck on the bottom of the sea? And what’s the rightful resting place of men who never made it home? 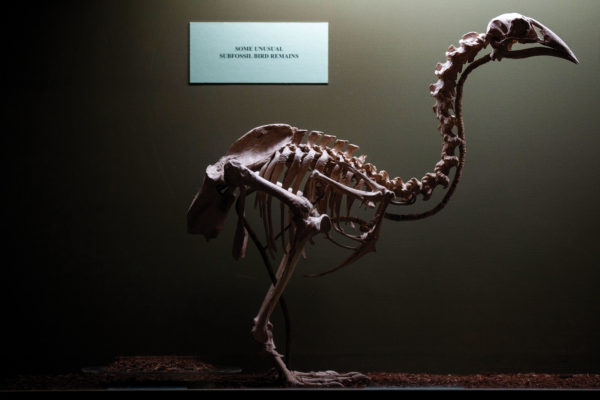 Old bones are a staple of museum collections, but only a handful of people in New Zealand have the skills to prepare them for display. Recovering the skeleton of a large animal—rotting it down, preparing, cleaning and articulating it—is a long and demanding journey that only the most dedicated pursue.

The return of Halley’s Comet in 1910 prompted a deluge of fake news.

Thanks to early explorers’ lack of dental hygiene, we can decipher clues about their lives.

It started with an insect preserved in amber. A round, shiny beetle a couple of millimetres long was found in Myanmar, encased in its golden tomb. It lived about 100 million years ago, in the mid-Cretaceous period, in a forest ecosystem on Gondwanaland. Upon close examination of the fossil, scientists from China classified it as part of the Cyclaxyridae family, a group of beetles with just two living relatives, both found in New Zealand. They inhabit the sooty mould ecosystem peculiar to New Zealand’s beech forests. In this community of organisms, scale insects live within the bark of beech trees, eating their sap and excreting glittering beads of honeydew. Bats and birds such as tūī and kākā feed on the honeydew, while excess dew fuels the growth of dense black fungus. This ‘sooty mould’ is eaten by beetles, including the two living cyclaxyrid species, Cyclaxyra jelineki and Cyclaxyra politula. Upon the Burmese amber discovery, scientists, including Richard Leschen from Manaaki Whenua–Landcare Research, re-evaluated another beetle fossil from Baltic amber, placing it in the cyclaxyrid family too. This trio of cyclaxrids suggests that sooty mould beetles (and the associated ecosystem) were once widespread across the supercontinent Pangaea. Now, they survive only on the semi-submerged Zealandia as relics. The search is on for more sooty mould beetle fossils—including here in New Zealand.

A victim of the eruption of Vesuvius surprised researchers.