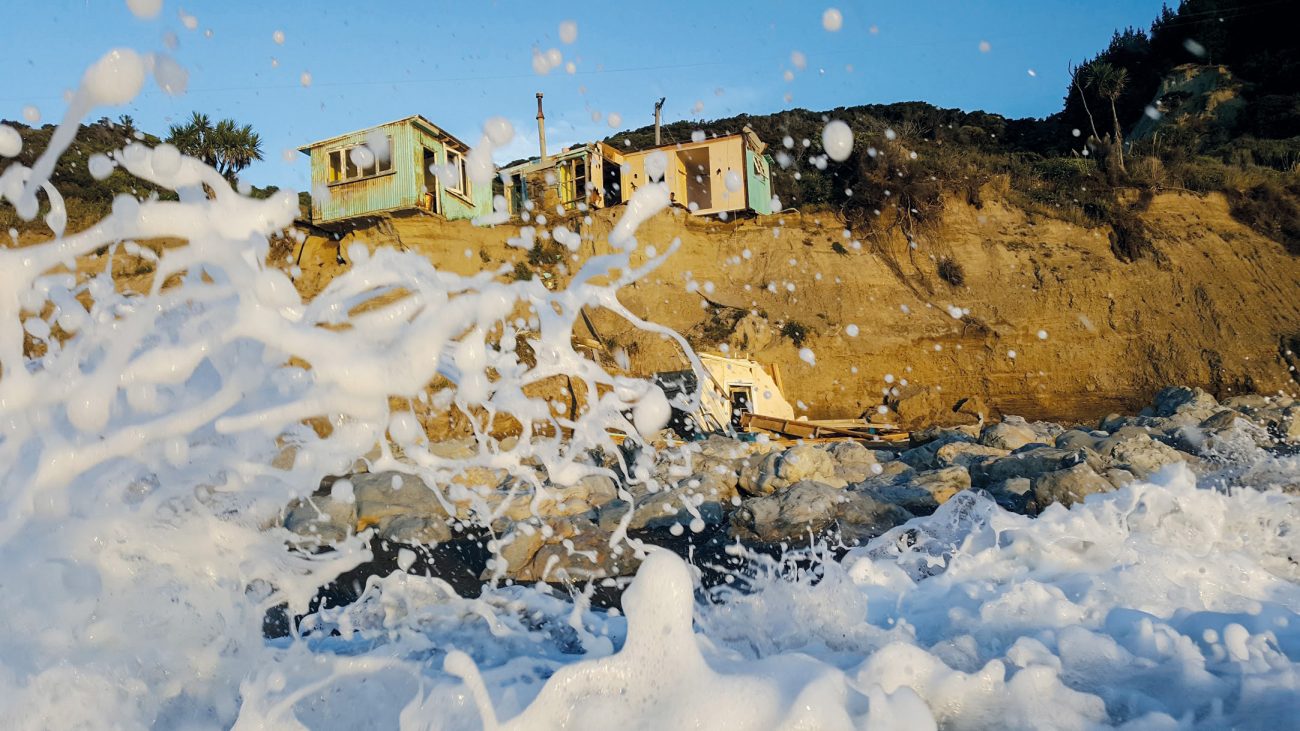 In the first week of March, a low began to crawl across the Tasman Sea, bringing a humid northerly airstream to the North Island. A warm front swept down, pushing heavy rain ahead of it. On the Coromandel Peninsula, uplift over the ranges made the rain torrential.

Behind the front, heavy showers developed in particular areas, and the northerly wind flow carried them south, one after another, hitting the same places repeatedly. Some of the showers produced rainfall of 40 to 60 millimetres per hour.

This meant eastern areas of Auckland received more than twice the rainfall of the west. The Hunua Ranges were badly hit, and slips carried so much silt into the lakes storing Auckland’s drinking water that the city’s population was asked to conserve water for weeks.

Next, an active cold front swept across the region, bringing a third burst of heavy rain. Many places had their wettest March on record, including Whangaparāoa, north of Auckland, which experienced five times its normal rainfall.

But there was more wet weather to come. Tropical cyclone Debbie formed over the Coral Sea on March 23, then struck Queensland with destructive winds and torrential rain. More than 1000 millimetres of rain fell in 48 hours over Pioneer Basin in the state’s north.

Once over land, Debbie weakened, but continued to cause major flooding as it moved over New South Wales. With 12 fatalities and more than $1 billion in damage, Debbie was the deadliest cyclone to hit Australia since cyclone Tracy in 1974.

Debbie’s low centre dissipated as it moved over the Tasman Sea in early April, but the broad flow of tropical air on its eastern flank spread over New Zealand, bringing heavy rain to most of the north. The Rangitaiki River in the Bay of Plenty rose so high that, on April 5, flood defences collapsed in Edgecumbe, inundating the town.

Less than a week later, tropical cyclone Cook formed near New Caledonia. Cook weakened as it moved out of the tropics, but re-intensified when it came under the influence of the mid-latitude jet stream.

Three global computer models predicted Cook would deepen explosively, dropping by around 18 hectopascals in the 12 hours leading up to noon, April 13. But the central pressure dropped only 10 hectopascals, and it tracked further east than expected, sparing Auckland severe gales.

The cyclone crossed the coast of the Bay of Plenty with another burst of heavy rain and destructive winds—the maximum gust of 210 kilometres per hour was recorded on White Island. Trees blew over, bringing down power lines and crushing cars.

What caused this series of rain storms?

Air flowing to New Zealand from the north has much higher water content than air from the south, so it produces more rainfall. In addition, the sea surface in the sub-tropics has been 1°C to 2°C warmer than average, transferring more energy and water into the air than usual.

A paper published in Nature Climate Change in February found that for each degree of warming, rainfall intensity in storms is likely to increase seven to 15 per cent.

The autumn weather may have been one of the climatic surprises predicted to occur as the world warms, such as the late-season cold outbreaks over parts of the United States and Europe in recent winters and springs.

An increasing body of research blames the warming of the Arctic for these. As the difference in temperature decreases between the poles and the tropics, the jet stream weakens and is more prone to developing unusually large wiggles, which allows warm air into the Arctic in some places, and cold air out in others.

The tropics are a likely source of large-scale atmospheric disruption due to the huge amount of energy released in tropical storms.

Over the summer, central and western Australia experienced significantly greater-than-average rainfall, partly because the ocean between Australia and Indonesia was warmer than average.

As water vapour condensed to form the heavy rain over Australia, an enormous amount of heat was released into the air. The heat caused the air to expand, rise and flow away at a higher level in the atmosphere. It’s likely that this increased outflow from the wet areas of Australia caused stronger-than-normal westerly winds over the tropical south-west Pacific, which suppressed the development of tropical cyclones during summer.

Known as teleconnections, these pressure and circulation anomalies can extend from the tropics to the polar regions, and are increasingly being studied by climatologists.

Once the heavy rainfall over central Australia eased in March, the teleconnection that was probably responsible for New Zealand’s westerly summer was switched off.

It looks as though another as-yet-unidentified teleconnection has since switched on our northerlies.