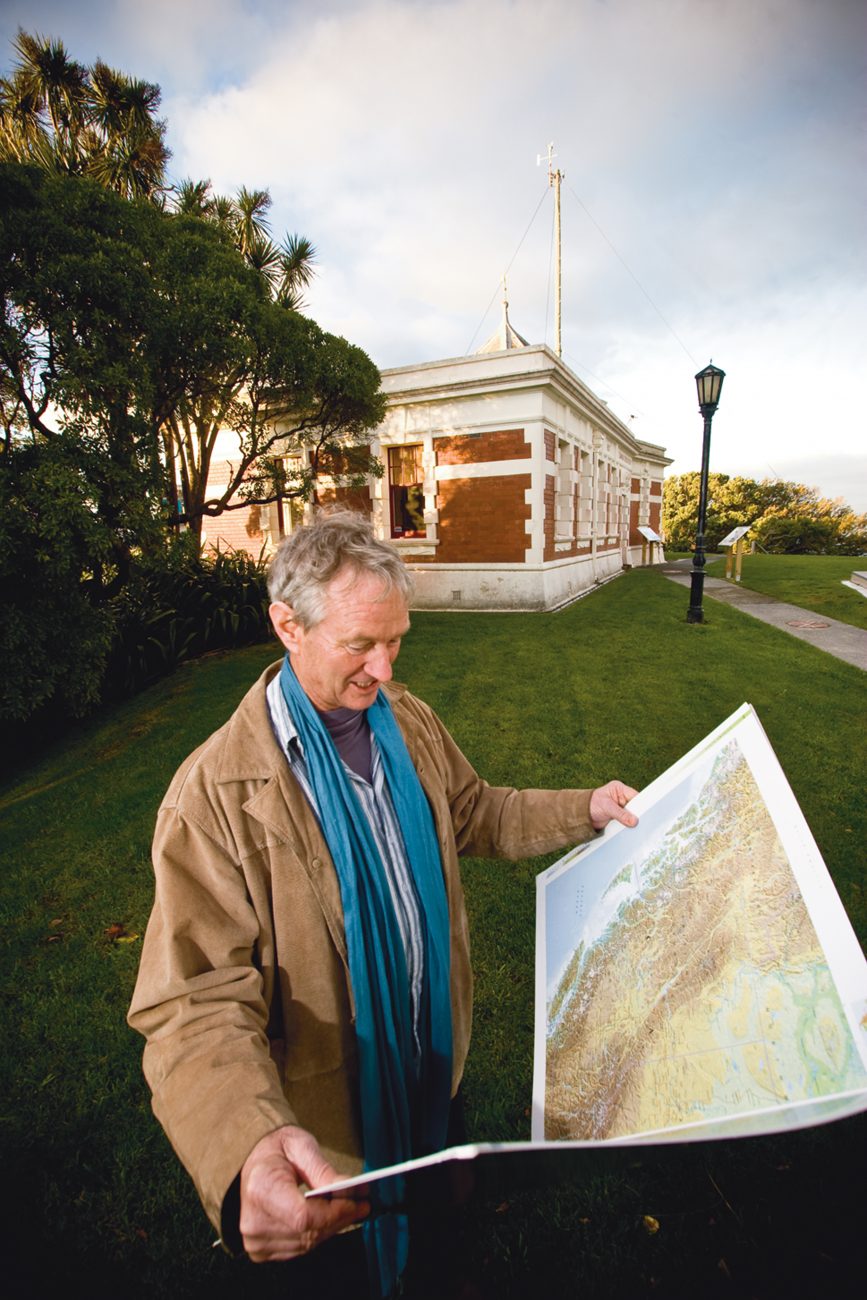 Roger Smith banks hard, circling the spires of the Pinnacles, and rockets up the Whaka­papa Glacier, just metres off the ground. Sit­ting in the seat next to him, I feel a rush of adrenaline as we rise over the saddle and look down upon the crater lake, shimmer­ing like a dropped jewel. Turning now, we follow the path of last year’s lahar over the tephra dam on the eastern shore of the lake, sweeping down the mighty Whangaehu Gla­cier, gathering speed until we reach Tangi­wai and the Rangipo Desert. Then, as con­centration creases his brow, we climb again, straight up this time, defying gravity entirely, until we stall to look down upon Ruapehu’s turrets and the rolling foothills of Tongariro.

The view is breathtaking.Smith is an accomplished pilot, to be sure. He used to fly commercially, but that’s beside the point, because we’re not in a plane. We’re sitting side-by-side in front of his computer using a radical new piece of software developed by a Kiwi company called K2Vi to visualise Smith’s vast dataset of digital land information.

Cartography is not what it used to be. Now land information is stored as digital points and elevations, a wireframe model that can be read at any scale, can be textured with water, snow, deserts and forests with a dozen species of trees. Smith can change the time of day, the shadows falling exactly as they would on that date, at any given minute. Even the stars are in the right place.

It’s another world, independent of space and time. At one moment we enjoy the per­spective of an observer on the moon, the next we are deep within the corrugations of the Southern Alps. Every knoll, ravine and plateau is resolved to survey accuracy.

In Smith’s various incarnations as a geol­ogy graduate, pilot and farmer he has always relied on the verity of maps, sometimes with his life at stake. “I grew up with a map in my hand,” he says, “and when GIS technol­ogy became available in the late 90s I saw an opportunity.” Smith rushed out and reg­istered a company, bought some software, then sat down to figure out how to use it. “In hindsight it was a pretty dopey move; I had no data, no clients, no experience and I couldn’t even figure out how to start the software up.”

When land Information New Zealand made their 1:50,000 topographic data avail­able, Smith (under the guise of his freshly fledged GeographX) began work on New Zealand digital elevation models and a bold new collaboration with K2Vi, a company that emerged from forestry planning and had the means to view his data in three dimensions. The result is a photo-realistic view of New Zealand, with peaks that tower above he viewer, riverbeds that reflect the sky and verdant forest canopies. Google Earth looks pan-flat by comparison. “The trouble is,” Smith admits with genuine angst, “it looks so realistic that nobody realises it’s actually a map”. Welcome to the fresh anxieties facing cartography’s avant-garde. Smith is blazing a trail, taking the an­cient discipline of cartography to the giddy extremes that technology now makes possi­ble and envisioning our world in an entirely new way.

And that’s the whole world. His latest project is contributing to an atlas to end them all. It’s rather audaciously entitled Earth (published by Millennium) and is a tome of similarly extravagant dimensions weighing in at 18 kilograms. While it’s a collaborative project in­volving some 40 organisations from around the world, Smith has supplied the hill-shad­ed terrain for every detail plate, and cartog­raphy on North and South America, as well as New Zealand. The collector’s edition will cost a mere $6000 per copy.

It’s a world that he clearly revels in. His eyes light up upon explaining some hid­den gem of New Zealand geography, and a droll smirk accompanies his recollection of odd Kiwi place names like Cannibal Gorge, Devastation Creek, Heartbreak Spur and Snuffle Nose.

But the technical challenges he faces are the same that have always faced cartogra­phers; how to represent the physical world at 1/50,000th-reality in a way that is both convenient and meaningful for people. “I think cartographers have consistently over­estimated most people’s ability to interpret maps,” he says, but sees an obvious solution in 3D technologies. “It gives many people new insights into the shape of the country and more ways to interact with a map than was possible in just two dimensions.” In the world according to Roger Smith, geography becomes as malleable as play-dough, a thing to be examined from every angle, the world in the palm of your hand.