All too often a photographer will look back on early work with more disgust than surprise. With hindsight, the tired old tropes and creative cul-de-sacs are obvious. But when former Magnum photographer Ken Heyman dug into a box of trannies returned by his retiring agent, he discovered work that appeared fresh, contemporary, even ahead of the curve. What’s more, it had all been shot on a plastic pocket camera.

It was at a book reception in 1984 that Heyman first noticed them, tucked quietly into the top pockets of a couple of his colleagues. Nikon had just released a plastic, pocket camera it branded the One Touch. He bought one. It had a 35mm f/2.8 lens and was “auto-everything” according to Heyman—autofocus, autoexposure, even automatically advancing and rewinding the film.

“They are photographic robots,” he told Popular Photography magazine in 1988. “I can point and shoot almost without thinking; what happens is more through my gut than through my eyes.”

His first target was a rabble of screaming teenagers in Manhattan—he threw his arm out the window of his car and shot a frame on the way past. “Oh my God, I thought, it’s an automatic camera… I just pushed the button and took a picture, without focusing or setting the aperture.”

The find revolutionised Heyman’s photography almost overnight and offered an entirely new approach to his subjects—usually low, always close, never ever looking through the viewfinder.

It came at the right time too. For years, Heyman had been battling depression, a disease which quietly ate away at his spirit, robbing him of confidence. The tiny plastic camera offered a new perspective on his subjects, and on himself, changing his view on life just as it changed his creative approach to the art of photography.

Heyman shot only on bright days, when there was plenty of light, only on fast film (ISO 400) and only in shade to avoid bright highlights and deep shadow. This assured him a huge depth of field—he could move in close with a wide-angle lens and know that everything was in focus. And rather than shoot on the eye-line, Heyman could hold his camera low against the pavement, the beach, the grass and shoot up to create dramatic, graphic images uncommonly close to his subjects.

He tried his new approach on beaches, in parks, on the city streets—anywhere he could approach people with camera held low, and for some reason, most didn’t mind the minor intrusion. 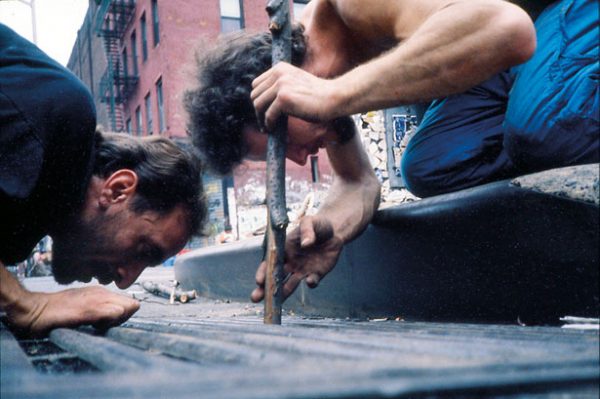 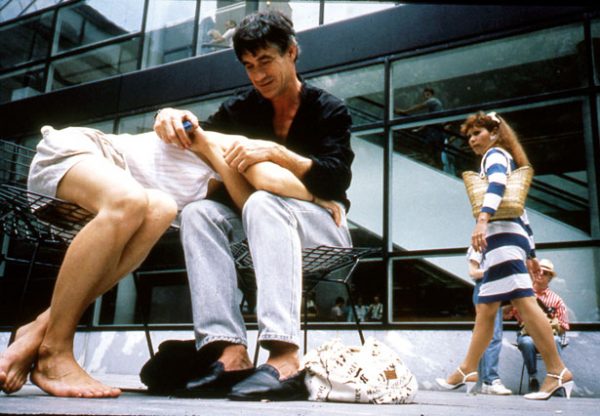 For Heyman, the experience was fun, and carthartic; a new way of taking pictures free from the structures of professional technology and strictures of a magazine brief. He called it under-hand shooting, or hipshots, and after publishing a book of black and white pictures, he started another project using colour film… until assignments for Life magazine over-ran him. He soon forgot about the One Touch, the hipshots, and the pictures he’d made.

Twenty years later they emerged from the box as daring as the day they’d been shot. “I found them exciting and surprisingly artistic, as well as unique in the world of photography,” he told me. As a testament to the power of artistic vision and the convenience of a plastic pocket camera, Ken Heyman’s colour hipshots are to be published in a book, two decades after they were shot.