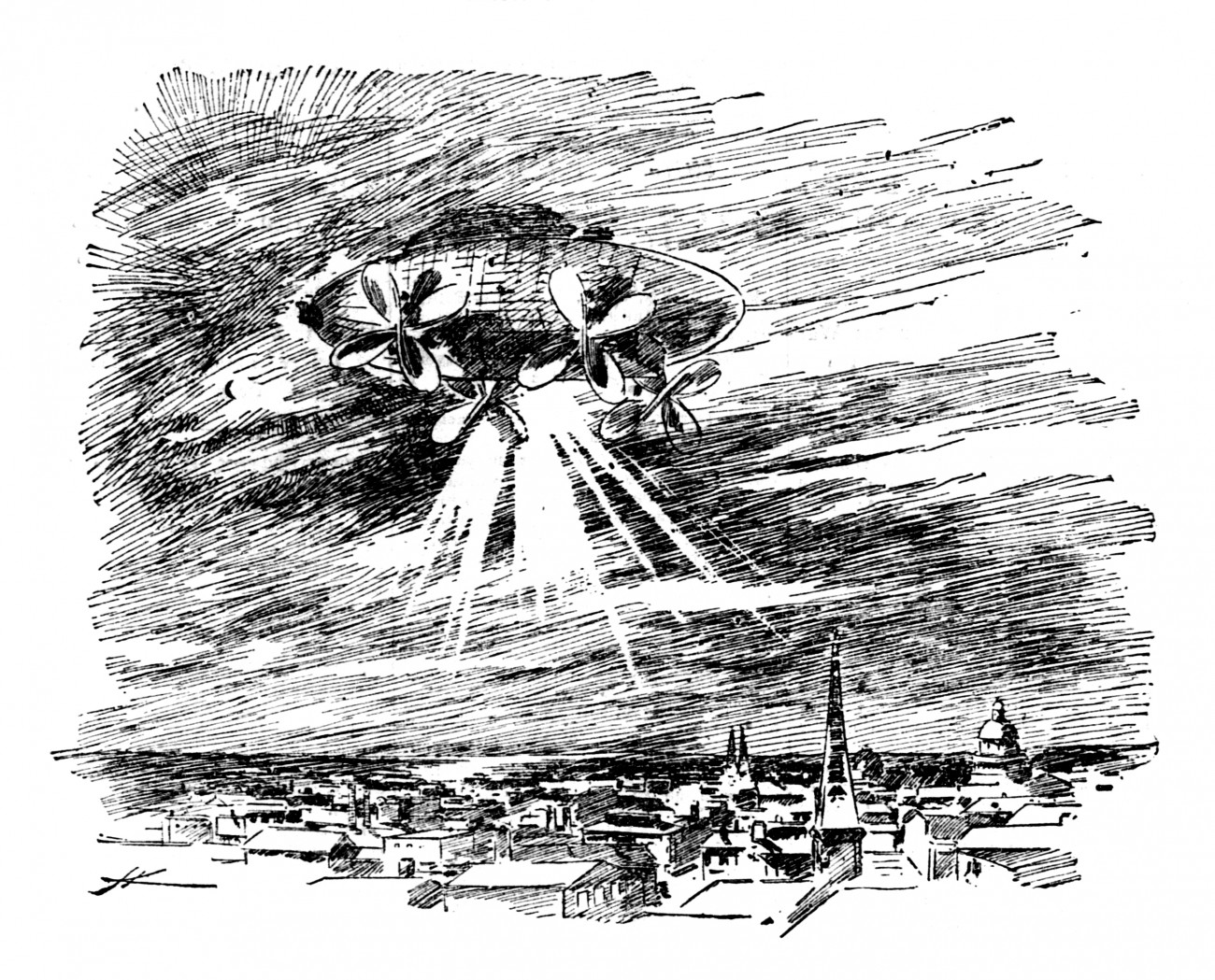 One night in August 1909, in the small Otago settlement of Kelso, a Mrs Mayo was roused from her bed by a dull “whirring noise”, like the motor of a threshing mill. Frightened, she rushed to the verandah. The roof was vibrating loudly. The source of the noise approached from the south, passed overhead and died away to the north. Mrs Mayo peered into the darkness but could see nothing. In the morning, the horses in the neighbouring paddock appeared jittery and the ground revealed marks of agitated galloping.

Days earlier, an engine driver on a train out of Hokitika had noticed a powerful light, rising and falling in the air and advancing north towards the harbour. When the train reached Nelson Creek Station, passengers crowded the platform to watch as the mysterious object made for the Greymouth Bar against a stiff wind and was lost to view. Dunedin trades­people also reported seeing—with the aid of ‘coloured glasses’ and telescopes—what they took to be a cigar-shaped airship, as did a Pres­byterian minister, his wife and children.

From mid-July to early September 1909, newspapers were full of such accounts. Theories on their origin ranged from hoaxers projecting pictures onto clouds to pranksters lighting gasoline-soaked bags of kapok and, rather desperately, an idea that it may have been a light on a chain suspended from heaven.

Others, no doubt influenced by HG Wells’ scientific romance The War of the Worlds, surmised an invasion from Mars. One Evening Star correspondent wrote (tongue-in-cheek): “The presence of a dead squid on the beach at Burkes a few days ago is fairly conclusive evidence that if this is not a Martian invasion, it is at all events a serious reconnaissance from that planet… To me it is quite evident that one of our invaders fell out of the Martian airship when crossing Otago Harbour, and being but an indifferent swimmer, had been drowned and washed ashore.”

At the time, air travel was a novelty, and newspapers lauded the feats of aviators in aerial navigation columns. The average speed of airships was about 40 km/h, and they had poor manoeuvrability. Only 27 were known to have flown in 1909—none of them in New Zealand.

Waves of sightings also occurred in the United States in 1896–7 and 1909 and in the US, Canada, England and South Africa in 1912–13. Many were accompanied by close encounters with extraterrestrials—some fetch­ingly feminine and “dressed in nature’s garb”.

In early September, the New Zealand sight­ings stopped as suddenly as they had begun. The very memory of the country’s first encoun­ters with UFOs lay forgotten until researchers rediscovered the yellowing newspaper reports decades later. By then, ‘flying saucers’ were appearing in Southern skies, raising fresh speculation about extra-terrestrial visitations and giving new expression to our yearning for cosmic wonder.