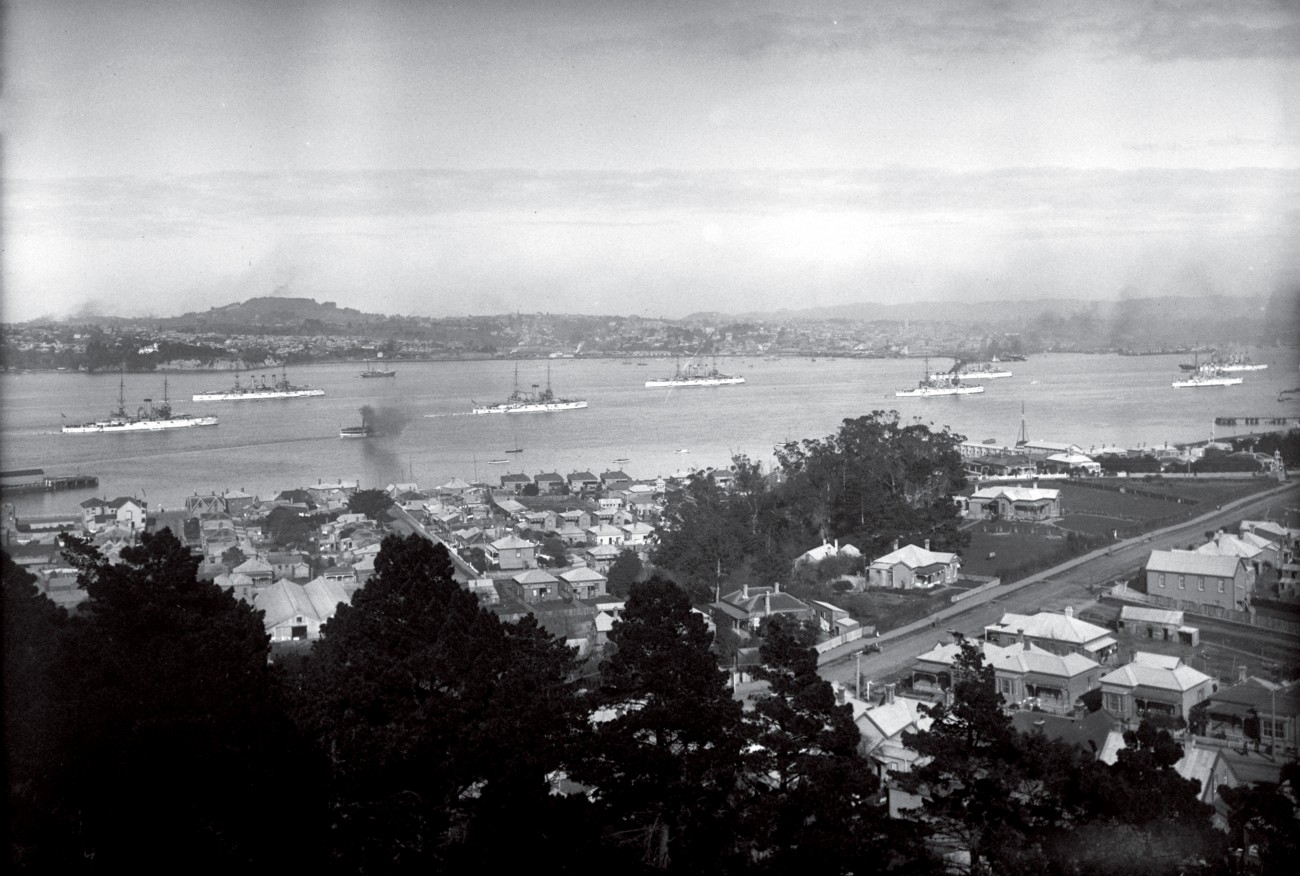 Auckland was one of 20 ports of call for the white-hulled US Navy fleet, circumnav­igating the globe on the orders of President Theodore Roosevelt. This 14-month-long display of military strength covered 37,000 nautical miles and involved 16 battleships, 14,000 sailors and six continents, impress­ing upon the world (and in particular Japan) that the US Navy was a force to be reckoned with. As one sailor put it; “We just wanted to let the world know we were prepared for anything they wanted to kick up.”

With all the accompanying pomp and ceremony, August 9 was a day to remember. An extensive programme of “fleet week”entertainment was laid on for the feted sail­ors, 200 of whom accompanied their lead­er, Rear Admiral Sperry, to Rotorua for the official opening of the Bath House.

The Public Works Department toiled away in the weeks leading up to the vis­it, laying several kilometres of temporary track in the central North Island to enable the Prime Minister, Sir Joseph Ward, to get through to greet the fleet—the first through-train between Wellington and Auckland.

But would we have been so welcoming if we had suspected officers were reconnoi­tring the city for a possible invasion? At the time Britain was allied with Japan, and by allegiance, so too was New Zealand. Some notable historians claim that a 62-page doc­ument was produced recommending an at­tack on Auckland via Manukau Harbour if the US went to war with Japan. But as we know now, history took a different course.

On August 15, the fleet set course for Sydney and from there made their way to Melbourne, Manila and Yokohama, where the Japanese went to great lengths to show they desired peace.