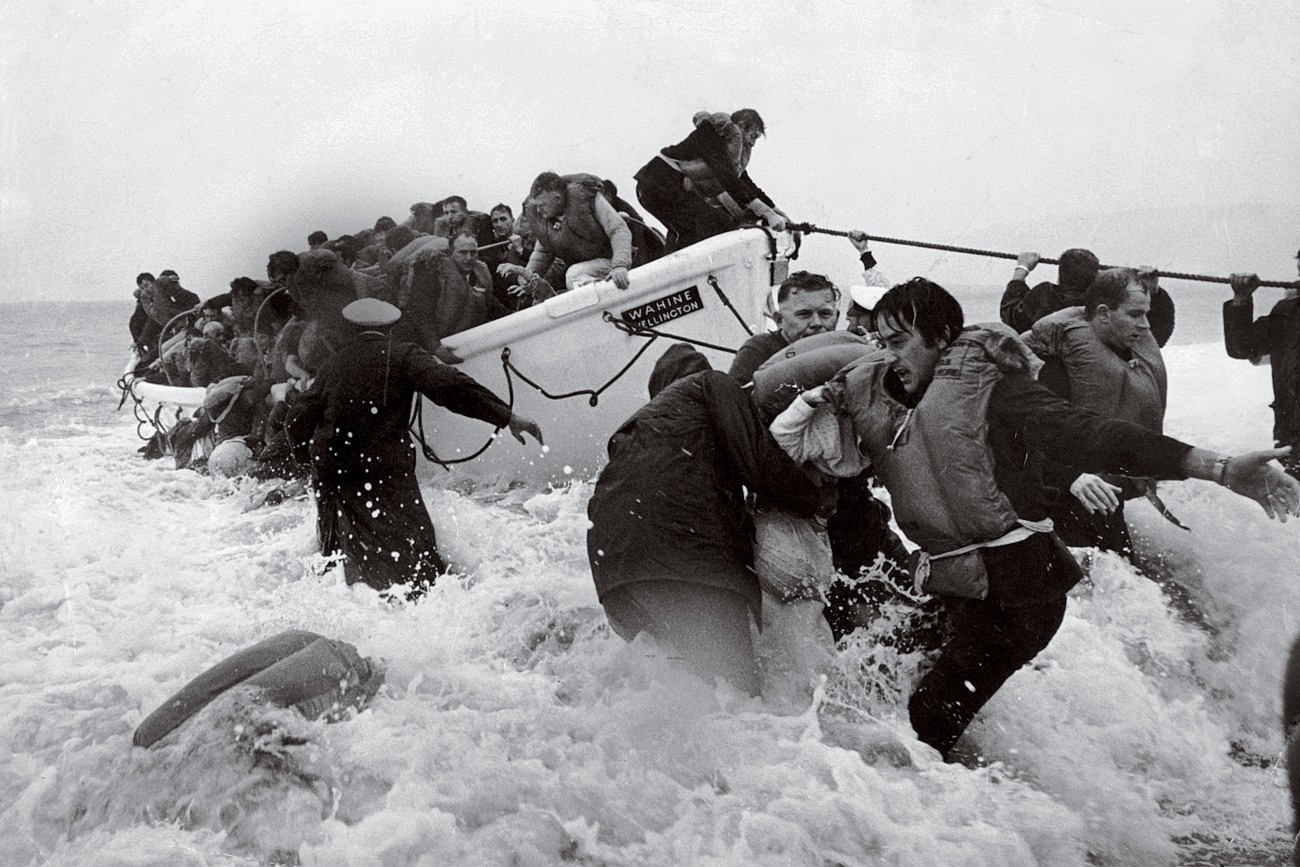 On 10 April, 1968, the southbound cyclone Giselle hit Wellington just as a cold front swept up from Antarctica, creating one of the most ferocious storms in New Zealand history, with winds that ripped the roofs off houses, overturned trucks and toppled trees.

The inter-island ferry, Wahine, entered Wellington Harbour at 5.50 am but soon after, a massive wave drove the ship off course and toward Barrett Reef. Captain Hec­tor Robertson struggled to drive the ship back out to sea against 160 kp/h winds, but the turbulent seas swept it back onto the rocks. The Wahine then began drifting into the har­bour, dragging anchors for two hours before finally holding 500 m off Seatoun. Numerous rescue efforts were made over the following hours, but at 1.30 pm, the ship began to list so severely that passengers and crew were told to abandon ship.

The pitch of the boat meant only four starboard lifeboats could be launched. The first one was swamped as soon as it hit the water. Others, overloaded, capsized as they approached shore. Some people had no choice but to jump into the sea where they were swept towards Eastbourne, some 5 km away. Around 200 people struggled ashore there, but slips on the road prevented rescue teams getting through and many died from exposure.

The Wahine disaster remains the most fa­mous of New Zealand’s maritime tragedies, one that was witnessed by hundreds of would-be rescuers who stood by helplessly as people were swept past so close to shore but out of reach, and by thousands of shocked New Zealanders who witnessed the event on television. Of the 734 passengers and crew on board, 51 people lost their lives.