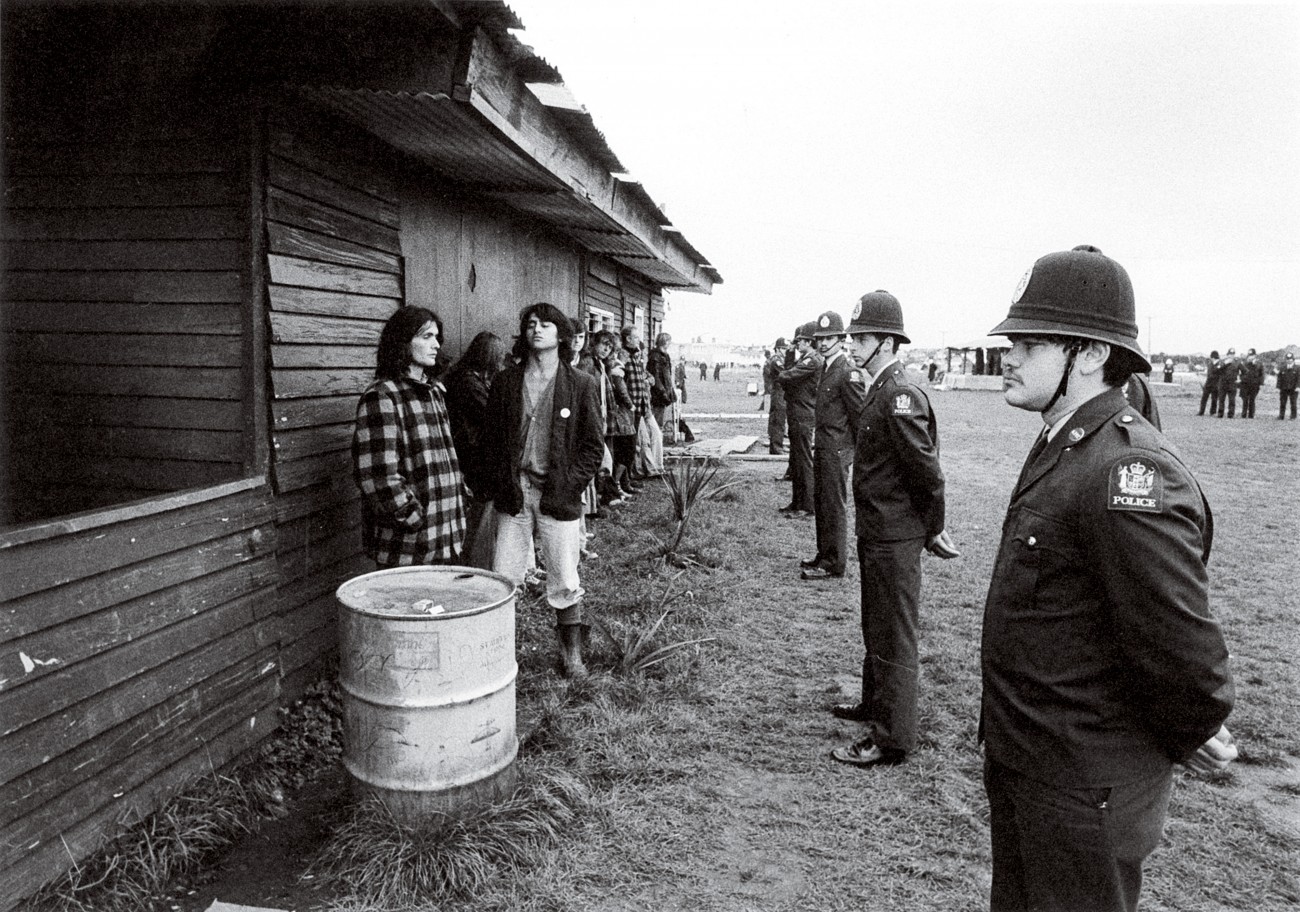 The Orakei Action Group, led by Joe Hawke, had begun occupation of Bastion Point in January 1977. This was after the government announced plans for a high-value housing development on land over­looking the Waitematā Harbour, and on the last 27 hectares of uncommitted Crown land, previously owned by Ngāti Whātua o Or­ākei, and which the hapū were still battling to have returned.

Bastion Point was one part of the 700-acre Orākei Block—a site of protest since 1898 when the newly established Native Land Court divided the bulk of the block into individual title, effectively ending com­munal ownership for the hapū.

Numerous attempts to restore tribal ownership were made over the following decades, through the Māori Land Court, the Supreme Court, the Court of Appeal, the Compensation Court, and through 15 petitions to Parliament, all without success. By 1952, the last remaining residents of Orākei had been evicted from their homes and shifted into state houses. Apart from a quarter acre section (where the urupā, or cemetery, was situated) Ngāti Whātua o Orākei was landless.

After 506 days of protest at Bastion Point, 222 people were arrested for trespassing on what was, for the majority, ancestral land. The scale and nature of the evictions, in which police demolished the protest group’s gardens and makeshift buildings, helped alert New Zealanders to the land claims of Māori around the country.