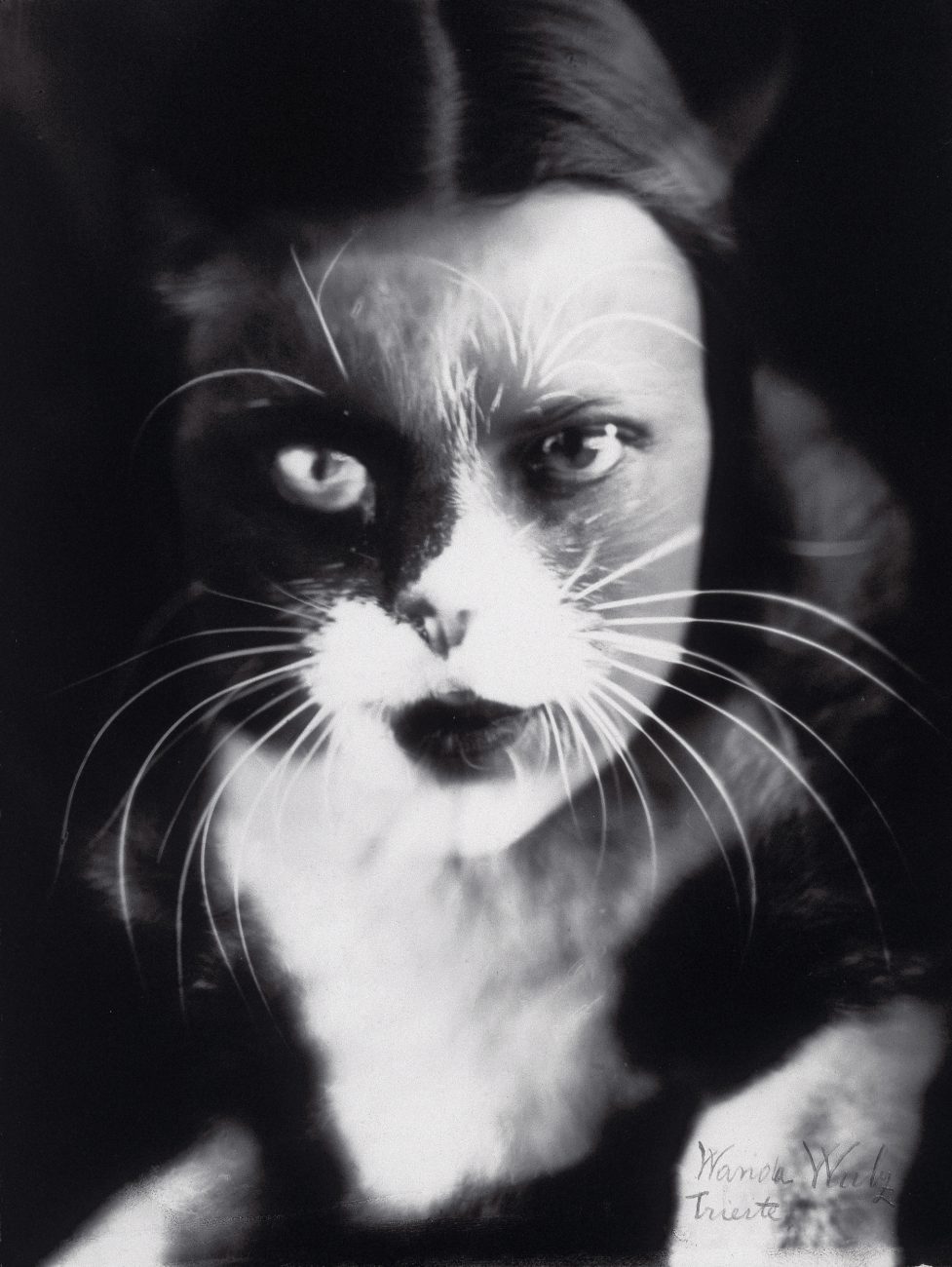 One look at a photo from Wanda Wulz’s own baby album offers a clue that she was headed for photographic greatness. Not yet a year old, she sits in a greengrocer’s basket surrounded by produce and props. It was taken by her father Carlo in 1903, nearly a century before Anne Geddes thought of it. Carlo ran Studio Fotografico Wulz in Trieste, Italy, a family business handed down to him by his own father, Giuseppe. He made a living shooting portraits of the local bourgeoisie and documented society events, but he also mixed with Trieste’s artistic community.

Wanda Wulz grew up among the foot soldiers of the Italian movement of Futurism, an artistic wing fixated not just with things urban and industrial, but with the social and political upheaval they brought. Futurismo could be expressed through practically every medium—painting, sculpture, ceramics, graphic, interior and industrial design, architecture, theatre, film, fashion, music, even gastronomy—and it captured Wanda, who began photographing its leading exponents.

When Carlo died in 1928, Wanda and her sister Marion, also a talented photographer, took over the studio, which became the purlieu of Trieste’s artists, musicians, dancers, and actors. The pair explored the elements of Futurismo together, using high-key lighting and long exposures to impart its fundamental tenets—motion and change—to a static medium. Even Wanda’s still lifes had an animate quality. She began to experiment with printing several negatives onto a single photographic sheet.

In 1930, six of her works featured in a Rome exhibition, but the image that made her name two years later was Io + Gatto (I and cat).

Pippo was Wanda’s pet, and she made an avatar of him. She had a portrait of herself taken, meticulously positioned, and wearing a carefully-selected fur-collar coat. Then she shot a carefully-scaled frame of Pippo’s face. She printed both negatives onto a single sheet of gelatin silver paper. The result was one of the most skillfully executed pre-digital composites ever made.

Many have perceived her intent: the former photography curator at the Art Institute of Chicago, Matthew S. Witkovsky, sensing a metaphor for turn-of-the-century feminism, suggested she wanted to rhetorically merge the “modern New Woman’s personal and professional identities”.

Some invoked “a simpatico of claws”, while others saw Wulz as a provocateur: teasing “with trite conventional depictions of femininity” to become “both diminutive feline and rapacious tigress”.

Most likely, Wulz simply wanted to employ Pippo as a futuristic device. After all, she had recently met the movement’s founder, poet and editor Filippo Marinetti, at an exhibition, and had fully embraced the principles of change and metamorphosis. Just as Italian painters were then depicting not just subjects, but their relationship with the things about them, Wulz, who had a thing for cats anyway, was most likely exploring the notion of her relationship with Pippo, while implying transformation to boot. In any event, what came up in the dish was one of the defining images of the futurist era.

An era that, in fact, was already winding down. So many discrepant groups—socialists, communists, anarchists—tussled for the intellectual property of Futurism that its odds of survival were always small. As Fascism surged in the late 1930s, authoritarians thought they saw something auspicious in its principles of change and political violence. That was when Wulz abandoned the movement, but she and Marion kept the faith with photography until they retired in 1981, donating their archive to the Museo Nazionale della Fotografia in Florence.

Wanda died in Trieste in 1984. Her work graces famous walls around the world, but the trippy photodynamism of Io + Gatto meant it was a natural for a medium even she, the futurist, could not envisage: the internet. The catwoman has become a naturalised citizen of popular culture.