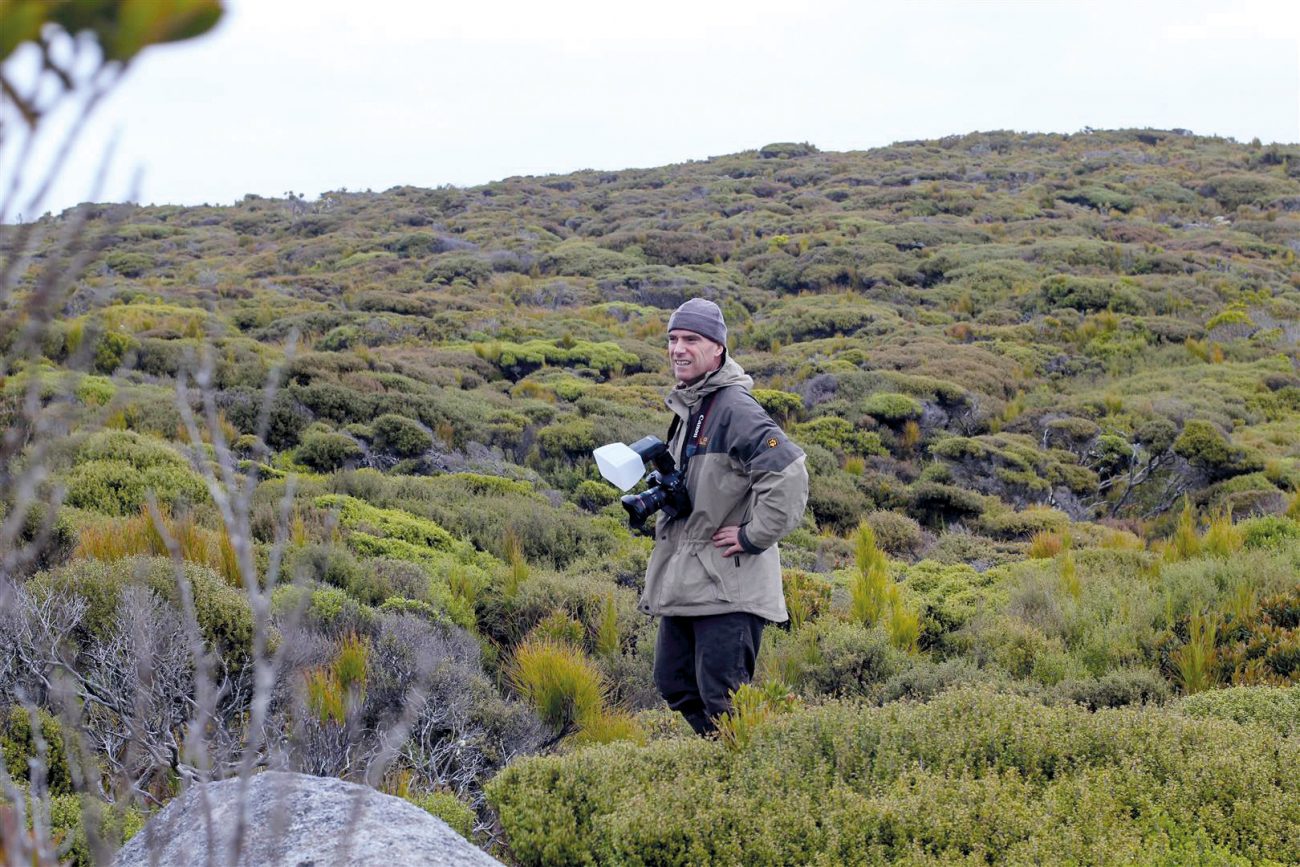 Stephen Belcher grew up in Christchurch in the 1970s, at a time when kākāpō were considered a relic of the past. “You could only see them at Canterbury Museum,” he says, “… stuffed.”

In 1975, however, everything changed with the capture of Richard Henry in Fiordland—suddenly it seemed like the species could be viable again. The young Stephen Belcher, obsessed with animals, was determined to see one in the wild. But he would have to wait.

Belcher completed conjoint science and veterinary medicine degrees from Massey University, and took a job in Singapore fresh from graduation. There he discovered photography, a craft that paired elegantly with his studies in the form of wildlife photojournalism.

Now based in Wiesbaden, Germany, he carries out photographic sorties around the world in much the same way as a conflict photojournalist—rushing to scenes of ecological adversity and capturing them for the world to see. In 2014, Belcher launched a Kickstarter campaign to document the Javan rhino—the world’s rarest—for which there were no high-resolution images.

“Everybody thinks rhinos live in Africa,” he says. “But three of five species live in Asia.”

After six weeks living in the jungle, Belcher had 14 direct sightings that he photographed, three sets of images from camera traps, and had rhinos rumble through his campsite on three occasions.

“There’s always luck,” he admits. “But there’s also a way of doing things, a way of approaching animals. Respect them, wait for them to come to you. You have to wait for the animals to get used to seeing you, and be very slow, very quiet.”

Kākāpō posed a different set of challenges for Belcher. Getting to Whenua Hou was the first. It was difficult, highly regulated, and expensive—there were helicopters to hire, public liability insurances to take out, permits and iwi approval. Then it took five days before he saw his first kākāpō.

“You could hear them but you couldn’t see them—they’re not just crawling around the island,” he says.

But as always, luck played its part. Belcher’s flash diffuser looks somewhat similar to a plastic supplementary feed container, and he captured a number of valuable close-ups as the giant parrot gnawed away on his photographic equipment.

“It turns out my vet training helps,” he says. “It helps to understand animal behaviour, or guess what they’re going to do next, and I make sure I’m in the right place at the right time.”