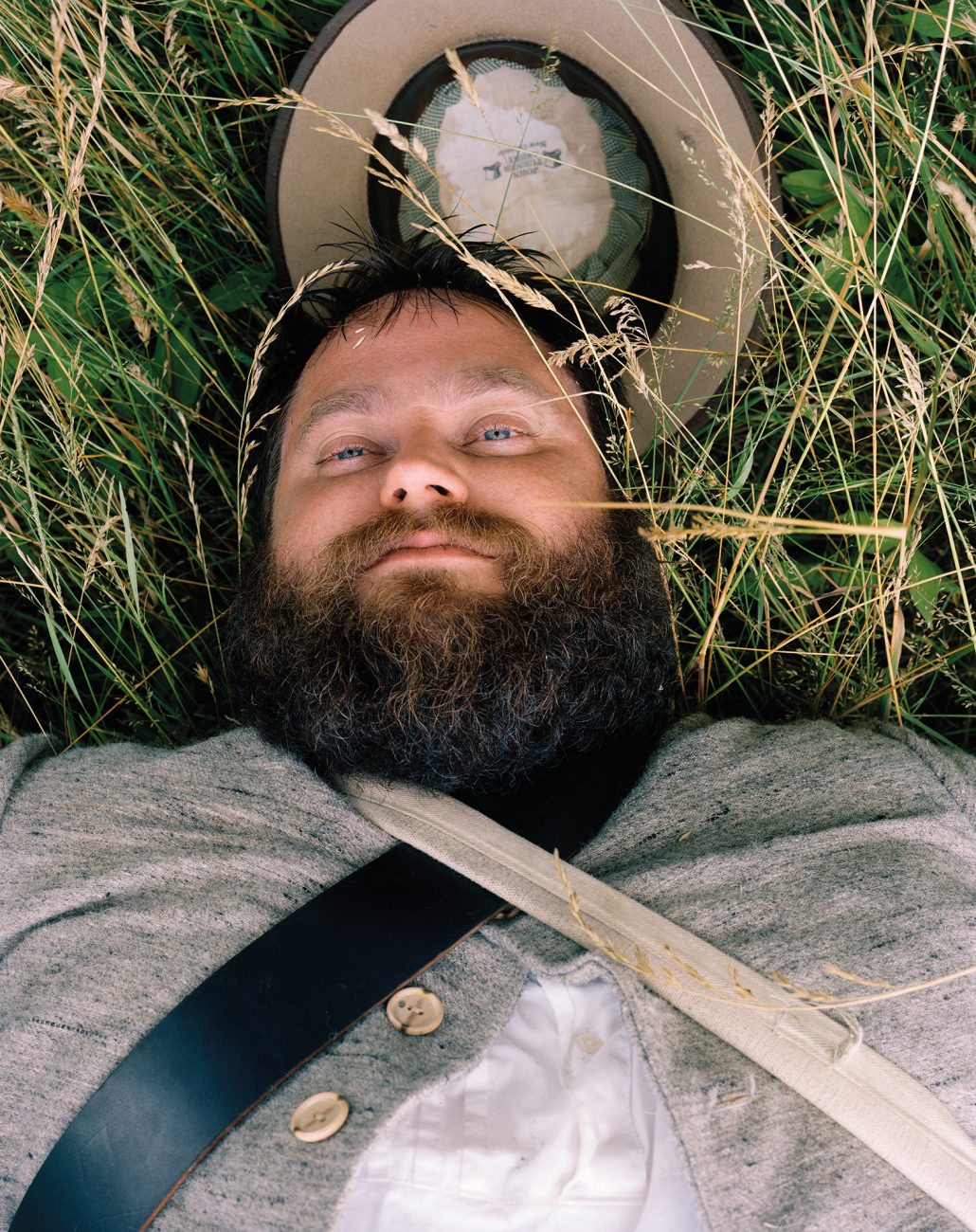 Matt Meeker has died 122 times; most recently at the re-enactment of the battle for Gettysburg as a Confederate Private in the 3rd Arkansas Infantry, Company D.

It is estimated that there were 51,000 casualties during Gettysburg, the bloodiest battle of the American Civil War. In July this year, at the 150th anniversary of Gettysburg, more than 10,000 re-enactors convened near the National Military Park in Pennsylvania to take part.

Eliot Dudik, a fine-art photographer and professor at the University of South Carolina, is intrigued by the nature of death on the re-enactors’ battlefield. To capture images of their imaginary deaths he loads himself up like a pack-mule, pulling a wagon which holds his 4×5 view camera, lenses, dark-cloth, light-meter, loupe, notebooks, a stepladder, tripods, a film bag, loaded film-holders, sound recording equipment, and a gallon of drinking water.

His photographs are shot from above, with the fallen re-enactors lying on a raised platform, appearing to hover above the battlefield. The images hint at life within death, at the great hereafter, even at the prospect that these re-enactors will soon step out of their roles and back into real life, cheating death year after year.

But not all re-enactors feel the same way about their untimely ends. Some die early in every battle because they find it more realistic, other veteran re-enactors may emerge unscathed from each engagement because they’re getting older and prefer to leave the dying to the young.

“If he wants to die, he can. If he doesn’t, he doesn’t have to,” says Dudik. “He can kind of make up the rules now. That’s what I find interesting—being in command of your own death.”

Eliot Dudik was a winner of the prestigious PDN 30 New and Emerging Photographers to Watch in 2012 and is one of Oxford American magazine’s 100 New Superstars of Southern Art. Dudik’s American Civil War Series is scheduled to be exhibited at the University of La Verne in Los Angeles from April through June of 2014.