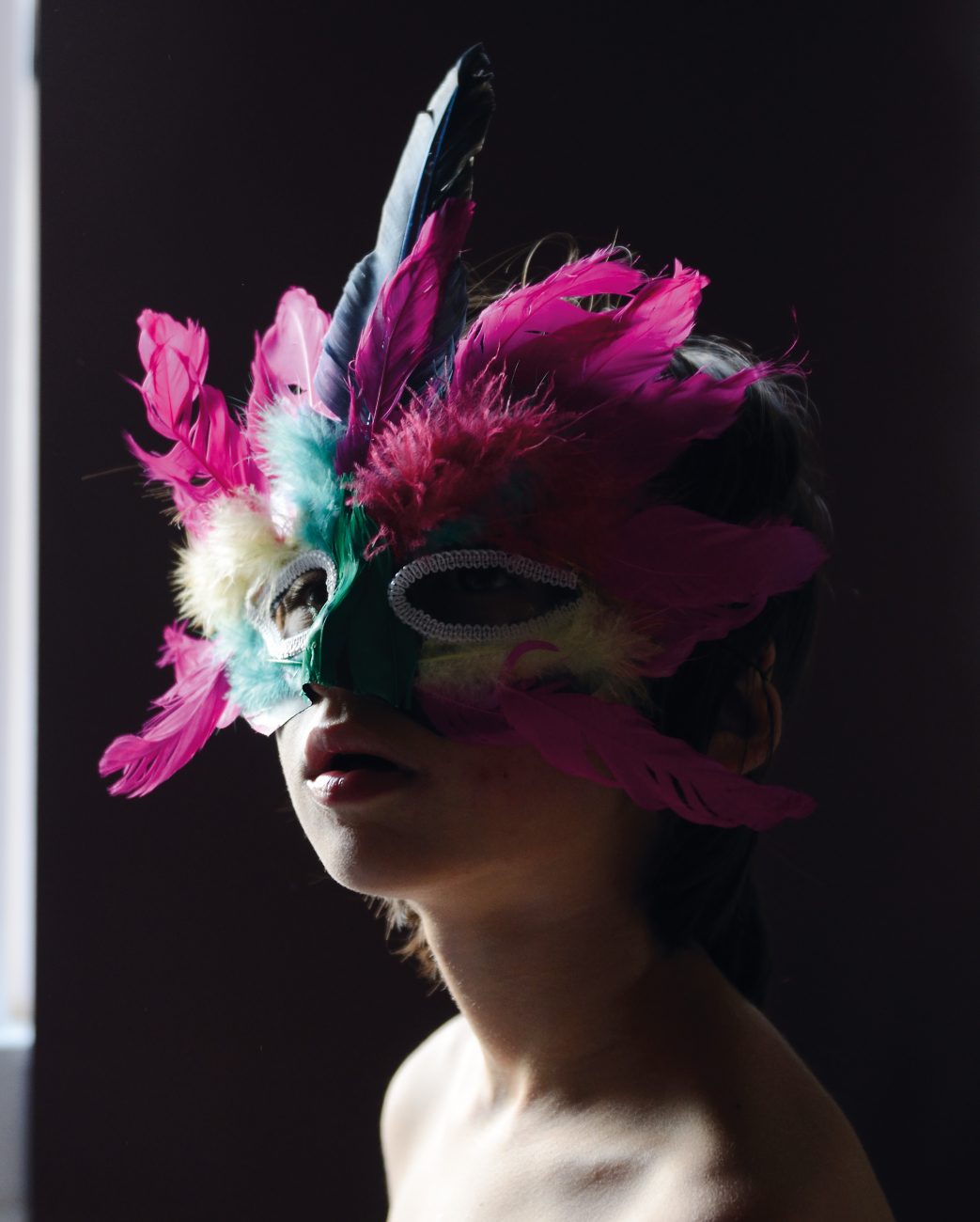 Taghizadeh’s most recent personal project, ‘Boy’, focuses on her son and his theatrical, yet ‘feminine’ world. “These photographs are my observations of his universe turned into an inquiry into what little boys are allowed to be before the world changes them and moulds them into some notion of what it means to be a man,” says Taghizadeh, who hopes the work will spark discussion around these gender boundaries.

Born in Iran, brought up in London and more recently living in the United States and New Zealand, it isn’t surprising that Taghizadeh views herself as a bit of a nomad. Consequently, themes of identity and belonging show up in her work—from notions of make-up to motherhood.

‘Boy’ deals with identity through her son’s development. “My biggest concern when he was younger was that he would be made fun of at kindergarten when he would show up in a dress”, says Taghizadeh. “By making something beautiful out of his dress-ups, I thought it would make people think differently. Of course it might not change how other kids behave, but hopefully it will change the way parents talk to their children about these issues, normalising it, to say that it’s the same as dressing like a fireman or a doctor.”

Taghizadeh says feedback on the work has been positive, though one parent said that it was brave to have put the project into the public domain.

“To me that insinuated that I should somehow be embarrassed to make this public. But I’m trying to do just the opposite and make the point that having the freedom to be who we want to be is one of the greatest privileges we have in the developed world.”

Taghizadeh is an Auckland-based commercial photographer and filmmaker who often works as a publicity stills photographer on television and film sets, most recently for Jane Campion’s Top of the Lake. Taghizadeh is also a co-founder of Tangent photography collective.