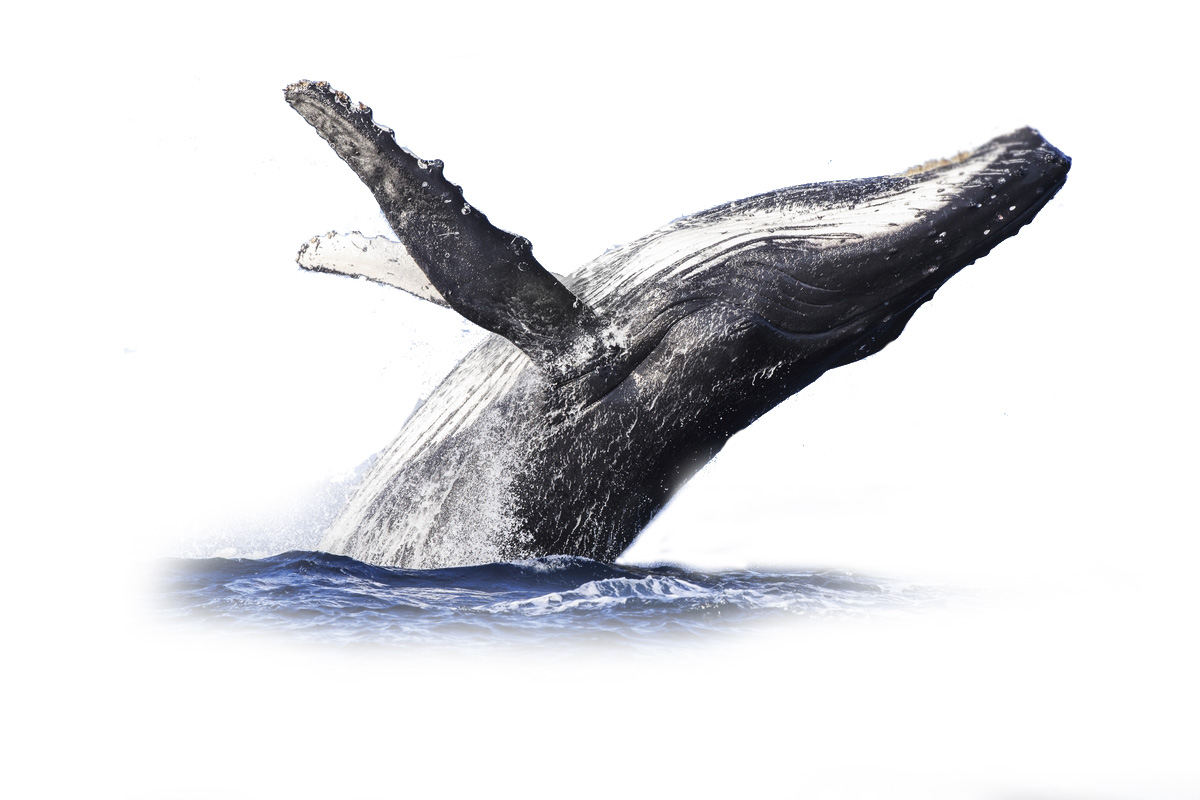 Reading James Tremlett’s story in this issue about the whales of Rangitahua/Raoul Island took me back to 1990, when I spent four days on this subtropical Shangri-La midway between New Zealand and Tonga. I dived among fish so vibrantly yellow they looked like slices of papaya, explored sulphurous fumaroles at the edge of a steaming crater lake and ate sweet oranges from trees planted 100 years ago by Thomas Bell, self-styled ‘King of the Kermadecs’.

Bell and his family (10 children in all) lived on Raoul for 35 years, from 1878 to 1913, but they were late-comers to an island that had been known by Polynesian voyagers for centuries. There is a resonant moment in Tremlett’s story when he describes a humpback mother and calf following the route that ancestral canoes took from Rangitahua to Aotearoa, even as those canoes traced the migration paths of even more ancestral whales. Human footprints and whale flukeprints are tangled up in the Pacific. They share names and they share history in the great ocean of Kiwa.

That entanglement has threatened to trip up a much-lauded initiative to create a vast ocean sanctuary around the Kermadec Islands. Earlier this year, Te Ohu Kaimoana, the Māori Fisheries Trust, took legal action against the government for failing to consult it or take its interests into account when proposing the 620,000-square-kilometre protected area.

Te Ohu Kaimoana, created under the Māori Fisheries Act 2004, represents the fisheries interests of all iwi. When the Kermadecs sanctuary was announced by the prime minister at the United Nations, in September 2015, TOKM’s chairman and chief executive criticised the government for acting unilaterally on a matter that required a joint approach under the terms of the Māori Commercial Fisheries Settlement.

The government doesn’t disagree that it failed to consult. It seems to think it didn’t need to. Very little Māori fishing is conducted at the Kermadecs, and quota in the Kermadecs fisheries management area is minimal—so small that a briefing paper from the office of the Minister for the Environment to the Cabinet described it as “essentially an administrative quirk”.

It strikes me as ironic that while the Minister for the Environment snubs the agency that acts for iwi fishing interests in an area of ocean twice the size of New Zealand’s landmass, the Minister for Treaty of Waitangi Negotiations eats humble pie on behalf of the government at each and every Treaty settlement, apologising for 150 years of the Crown’s failure to act in good faith towards its Treaty partner and promising to do better in future. What kind of partnership is built on a continuing cycle of apology and disregard?

The government believes it can push its Kermadecs proposal through to legislation this year. Time—and the courts—will tell. But the government’s apparent lack of consideration for Māori interests is out of step with modern conservation thinking.

The creation of large marine protected areas (MPAs) is on the increase. And given the global overexploitation of fish and the disastrous impacts of human-induced climate change on ocean ecosystems, the seas need all the protection they can get. But MPA creation has become highly politicised. Governments—especially those with a myopic focus on economic growth, like ours—welcome the chance to win environmental plaudits, and large MPAs in remote parts of the ocean offer big, easy gains. In some instances (as in the Seychelles recently), they form the centrepiece of attractive debt-for-nature deals. So what if their creation overrides legitimate social interests in the areas being reserved?

Patrick Christie, a professor of environmental management at the University of Washington and a specialist in the design and implementation of marine protected areas, commented in an email to me: “These very large MPAs are becoming fraught. Sometimes it has to do with historic or ongoing disenfranchisement. Frequently it has to do with a lack of transparency in the processes used to create them. Many of the declaration processes are deeply flawed and politically opportunistic.”

What is needed, says Christie, are conservation solutions that meet multiple social and ecological goals. These cannot be achieved so long as conservation is framed as a human vs nature contest.

Environmental agencies are starting to realise that there is no future for conservation without recognition that nature and culture cannot be separated, and that the human dimension is not an obstacle to be overcome on the way to a conservation solution, but a crucial part of that solution.

In fact, this is what Māori and other indigenous people have always maintained: that the division between humanity and nature, which translates into barriers and demarcations between economy and environment, is an artefact of Western thinking. Rather, there is an underlying unity between human and non-human, animate and inanimate.

What, then, is the place of large-scale no-take areas such as the Kermadecs sanctuary?

The pragmatist in me thinks that exclusion zones where human extraction is prohibited are a necessary muzzle on what the late poet Jim Harrison called “the smiling beast of greed”. The idealist in me longs to see kaitiakitanga in practice and flourishing kinship networks between humans and nature, where whales and people cross each other’s paths and enrich each other’s lives.

I believe in marine reserves. I have seen how they restore broken ecosystems and replenish depleted seas. I also believe in paying more than lip service to the Treaty partnership. The pursuit of one need not be at the expense of the other.