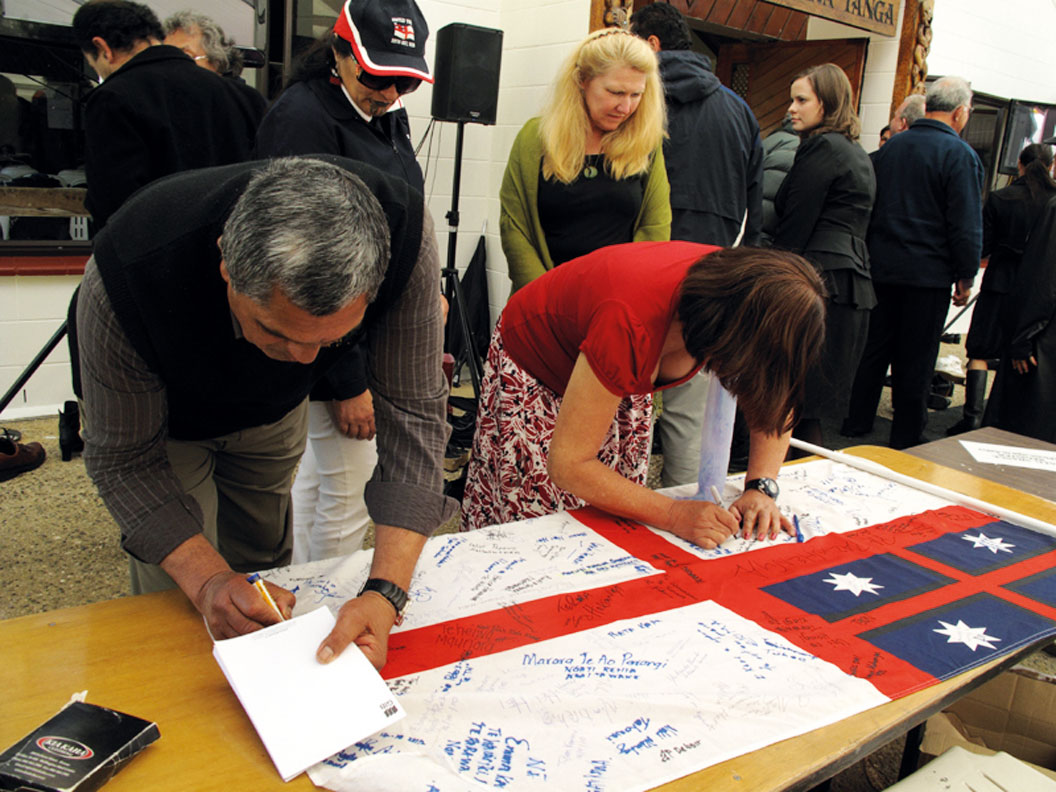 When Te Warihi Kokowai Hetaraka stood before the Waitangi Tribunal at Panguru, North Hokianga, in 2010, he was the embodiment of the past speaking into the present. He wore a feather cloak and gave his evidence holding a greenstone mere, and although he spoke in English, his subject was Maori to the core. He addressed the reliability of oral history, on which Maori claims for justice rely.

When the Declaration of Independence was signed in 1835, te reo Maori had been a written language for only 15 years. Unsurprisingly, there are very few Maori written sources from that period, but a rich vein of korero exists concerning the inten­tions and expectations of the signatories. How much reliance can be placed on that testimony, based as it is on memory and verbal transmission from one generation to the next?

This is the $64 million question. Or, rather, $170 million, or $300 million, or whatever figure the Ngapuhi claim may be settled for. It was also a question that nagged me as I attended several days of hearings over Ngapuhi’s sovereignty claim, about which I wrote in a feature in this magazine.

As one who struggles with memory—mine seems to be a colander with ever-widening holes—I came to the hearings with the standard Western preference/prejudice for the permanence of the written over the transience of the oral. Hetaraka, a master carver, confronted the legitimacy of that view by referring to his practice of whakairo. He spoke about the intense tapu that surrounds working in timber. Trees are the domain of Tane-nui-a-Rangi, the giver of life, he said. “A tohunga whakairo must therefore navigate the transfer of the superior wairua and the mauri connected to the tree to a new form for human use, and tapu must be strictly observed. There must be no mistake in the whakapapa recitations from Ranginui and Papatuanuku so as not to imperil the project and the people involved.”

In the Maori world, knowledge is not to be trifled with, and its transmittal is never haphazard. I recall stories of Dame Whina Cooper, herself from Panguru, being drilled in whakapapa as a child, going over and over the names until they became chiselled into memory. Another speaker at Panguru said that much of her learning took place in Waipoua Forest at 3AM, when the spirit of the forest was strongest and the veil between past and present thinnest.

To Ngapuhi, the strictness of whakapapa ensures the reliability of oral history, and the guardianship of that history is a sacred trust. Indeed, the phrase “chiselled into memory” takes on a new meaning when you consider that the chisel is the pen of the Maori people—on skin, on timber, on memory. I was struck by the statement of one Ngapuhi, contradicting the view that Maori was an exclusively oral culture. “Whakairo was our written language,” he said. Carving wrote the symbolism that describes the cosmos.

For Maori, oral history fits within a world view that sees no separation of knowledge from lived experience, or history from memory.

The Waitangi Tribunal itself has accepted the principle that communal memory holds knowledge that can be found in no other way. In its landmark Muriwhenua report in 1997, the tribunal wrote that its “greater concern” was not so much “with the vagaries of oral tradition, but with the power of the written word to entrench error and bias”.

Yet the Eurocentric bias persists, a vestige of the hierarchical thinking that blighted our nation’s beginnings. Settlers, administrators and mission­aries alike placed European culture high above that of indigenous people. Still today there is a privileging of the ‘evidence-based’ scientific paradigm over all others.

Naturally enough, colonised people the world over repudiate that prejudice. Davi Kopenawa, a leader of the Yanomami people of the Amazon, has said that white people fixate on the written word “because their thought is full of forgetting”. By contrast, “we have kept the words of our ancestors inside us for a long time and we continue to pass them on to our children”, he says.

In 1840, when Hokianga rangatira Hone Mohi Tawhai was deliberating whether to sign the Treaty of Waitangi, he said to the Pakeha who were gathered at Mangungu: “Let the tongue of everyone be free to speak; but what of it? What will be the end? Our sayings will sink to the bottom like a stone, but your sayings will float light, like the wood of the whau tree, and always remain to be seen. Am I telling lies?”

He was not. His prediction has come to pass. Several Ngapuhi elders at the hearings said that this was the first opportunity they had been given to present their stories to the Crown in full. Ngapuhi see this claim as a way to lift their suppressed history—so long invis­ible—to the surface. To let it speak.