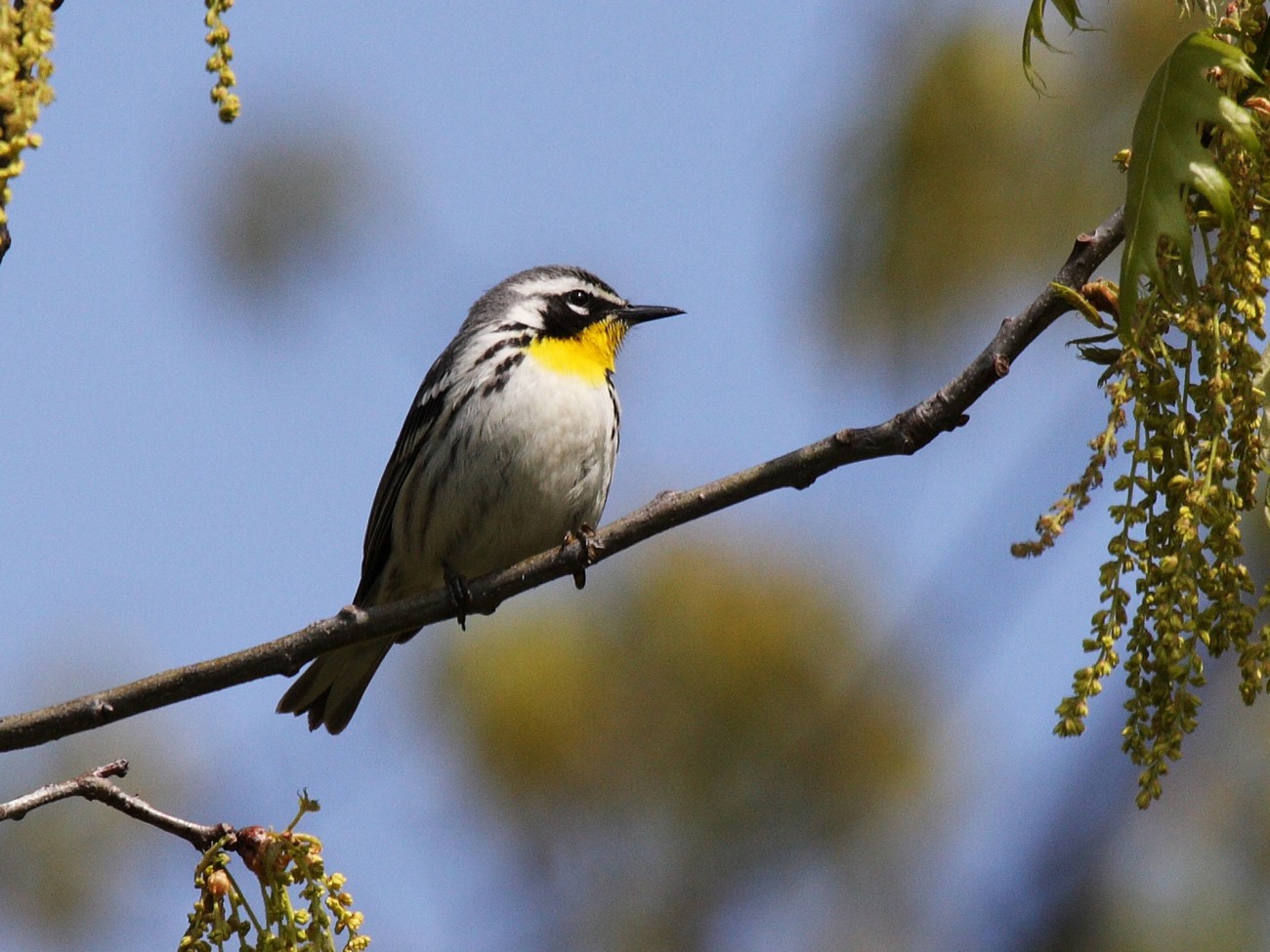 Spring is late in New York this year. In Prospect Park on this April Sunday, it seems as though half of Brooklyn has come out of doors to bask in the first real warmth of the season. Buds of flowering cherry and pink magnolia are bursting on bare twigs, and daffodils are pushing up through mounds of last year’s fallen leaves. The park is filled with joggers, cyclists, Frisbee throwers, baseball hitters, treasure seekers with metal detectors, kite flyers, tree climbers, music makers and dog walkers—hundreds of dog walkers; I have seen more breeds of dog here than I knew existed. New Yorkers have given a collective sigh of relief as their city has awoken from a wintry coma of hurricanes, ice storms, polar vortexes and blizzard bombs.

A man with binoculars and a backpack asks me if I have seen a yellow-throated warbler in the vicinity. “I got a tweet that one was seen around here,” he says. I wouldn’t know a yellow-throated warbler if one landed on my shoulder; I’m doing well to identify cardinals and robins. But another birdwatcher standing nearby tells him that, yes, the first of these migrants from Central America have arrived in the park.

The first birder walks off to seek his quarry, and I talk to the second about changing seasons, changing climate, and the anxiety of living in the Anthropocene­ as this human-dominated epoch of Earth history has been dubbed. (It turns out he’s an evolutionary biologist, so he knows this term well.) I mention a stark report released the day before by the United Nations climate panel. It warns that climate risks are red­lining, and that governments must act faster to reduce profligate emissions of greenhouse gases, because the cost of doing so in future decades will be prohibitive.

The panel’s previous report, released in March 2014, made the point that the most destructive climate impacts may come from unpredictable weather extremes: droughts and heat waves in some places, and storms of ever-increasing severity in others. Tell that to New Yorkers after a vicious winter.

It’s all very depressing—and this is precisely how a growing number of people are feeling in these troubled planetary times. In 2003, Australian environmental philosopher Glenn Albrecht coined the word “solastalgia” to describe a form of psychological distress caused by environmental change. Whereas nostalgia refers to homesickness for a place that has been left, solastalgia describes the sadness that people who are still in their home environs feel when the environment around them changes in profound ways. It is the sorrowing for a place that no longer feels like home. For some people, the Earth itself is becoming that place.

The concept of solastalgia (from the same Greek root as the word “solace”) arose from Albrecht’s work in the Hunter Valley region of New South Wales. He noticed that changing land use—from pastoral farming to open-cast coal mining and electricity generation—along with an extended period of drought were causing people to feel a painful loss of solace.

“Their sense of place, their identity, physical and mental health and general wellbeing were all challenged by unwelcome change,” Albrecht wrote. “Moreover, they felt powerless to influence the outcome of the change process.”

A curious but similar manifestation of environmentally induced distress followed the release of the film Avatar in 2009.

On fan websites and forums, hundreds of moviegoers reported feeling deeply melan­cholic because they could not live on a planet as ecologically perfect and interconnected as fictional Pandora, on which the film is set. The phenomenon has been called “post­-Pandoran depression”.

One of the themes of Avatar is seeing, or not seeing. For the movie’s military-industrial coalition, which seeks to exploit Pandora’s mineral resources, “seeing” is strictly optical, mediated through cameras and screens, sensors and instruments. For the native Pandorans, the Na’vi, seeing is multi-layered, direct, visceral, reciprocal, and fundamental to their identity.

In the film, the standard greeting when two Na’vi meet is “I see you.” This mirrors the real-life situation among the Zulu people of northern South Africa. For Zulus, to say “Sawubona” to someone is to say “I see you; I recognise your humanity.” To which the person responds “Sikhona”—“I am seen; my humanity has been recognised.”

Native American academic Julia Good Fox writes that this kind of seeing is not merely “a glance or a gaze, but rather an accurate and encompassing recognition, an insightful and respectful acknowledg­ment”. It expresses the idea that “I comprehend our connection, our relatedness.”

We have drifted a long way from such connected seeing in the West—a message that recurs throughout Avatar. At one point, the Na’vi matriarch bluntly informs the main character, Jake Sully, an ex-Marine who wishes to join the group, that humans are unteachable because they cannot truly see. (Her daughter tells him that a rock sees more than he does.)

“Teach me to see,” Sully replies.

British author and environmental activist George Monbiot writes: “We have all become skilled in the art of not seeing.” Nowhere is this truer than with climate. Our own govern­ment waxes eloquent about binding emis­sions agreements while throwing open our exclusive economic zone for oil exploration, something that amounts to wilful blindness.

To see is to be present. In her book Wild Dog Dreaming: Love and Extinction, Sydney-based anthropologist Deborah Bird Rose speaks of the need for “a willingness toward dialogue, a willingness toward responsibility, a choice for encounter and response, a turning toward rather than a turning away”.