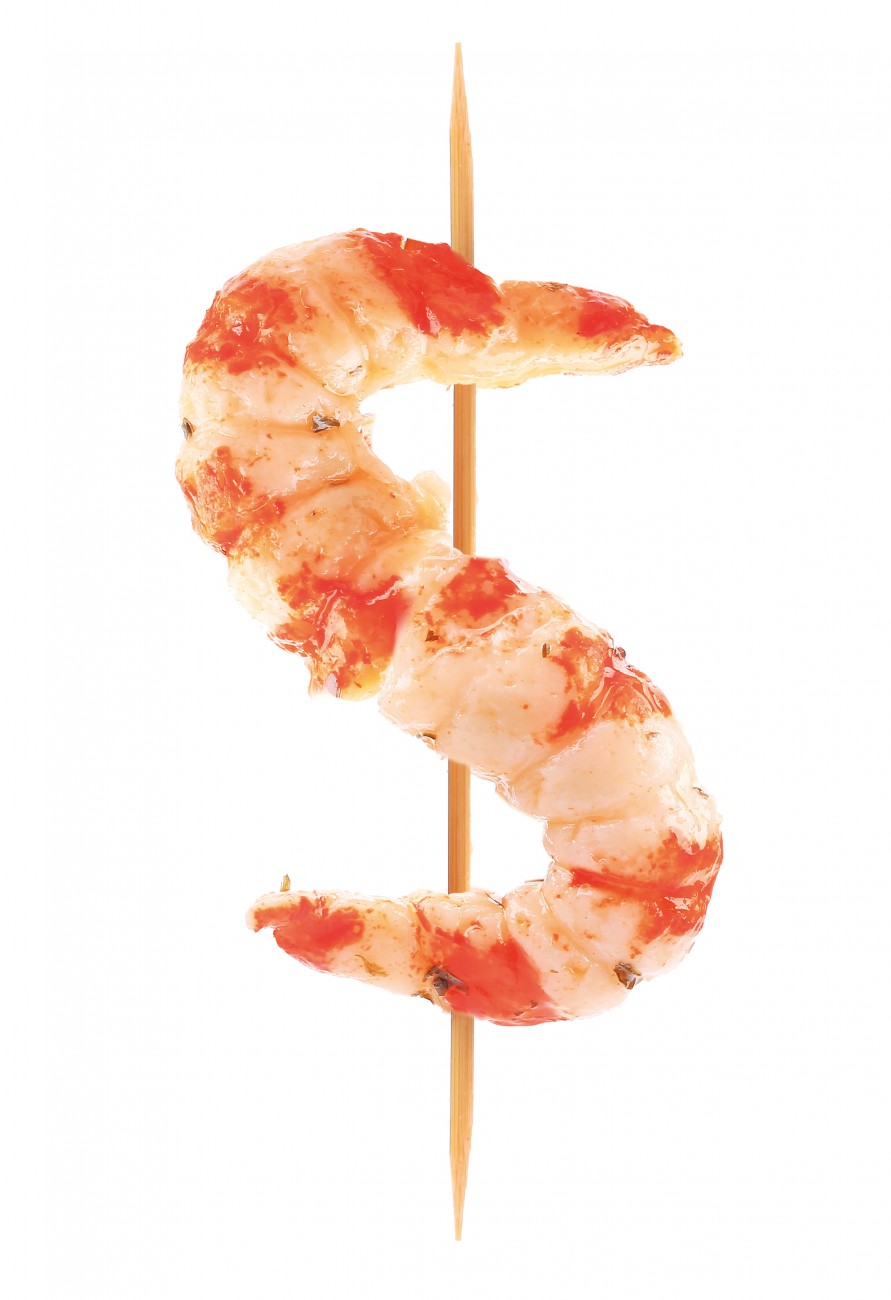 A few years ago, I wrote a book called Let Them Eat Shrimp. It wasn’t a seafood cook­book, nor was it a book praising the health benefits of eating crustaceans. It was a book about mangroves. But since industrial shrimp farming has been the single biggest destroyer of the world’s mangrove forests, I couldn’t write about the rainforests of the sea without also confronting the agent of their demise.

The book attempted to make a connec­tion where, in the minds of most seafood consumers, no connection exists. The ordi­nary Joe or Joelle who tosses another shrimp on the barbie or orders the all-you-can-eat shrimp main at a seafood restaurant doesn’t associate succulent white flesh with ruined liveli­hoods, lost homelands, contaminated waterways, toxic illness and vanishing wildlife.

The global market has done a very good job of decoupling the food that goes into our mouths from the journey it took to get there.

But all food has a back-story, and it’s often not pretty. In the case of shrimp, the trail of environmental depletion and social injustice stretches across the planet.

It was at the Gates of Paradise that I first understood that eating is a political act. I was travelling in north-east Brazil, visiting coastal communities harmed by shrimp-farming operations that had replaced mangrove forests with aquaculture ponds. One after­noon, my interpreter and I puttered across the Rio Jaguaribe in a fishing boat to tiny, tranquil Porto do Céu.

Two residents took us to the top of an embankment behind the village and we looked across a patchwork of newly installed shrimp ponds the size of rugby pitches to a distant remnant of mangroves. A barbed, electrified fence stretched the length of the village and beyond. On the village side, goats milled about in grassless yards, cut off from grazing areas over the fence just as their owners had been denied access to their tradi­tional collecting grounds for mangrove crabs, molluscs and fish.

Worse still, the shrimp ponds had no lining, so salt water had percolated through the sandy soil and contaminated the aquifer. The residents pointed to abandoned wells that until recently had drawn sweet fresh water to the surface. Now the water was undrinkable.

Outside a cantina on the beach, a fisherman vented his frustration. He had come to Porto do Céu to live out his twilight years in this riverside idyll, whose name means gates of paradise. But someone stole paradise and put in a shrimp farm. Now his well is saline, and he has no money to drill a new one.

“They have made our lives a misery,” he said. “All we have is what the environment gives us, but this they have taken away.”

I heard many such stories in Brazil, Ecuador, Panama, Belize—all exporters of farmed shrimp to the USA, where shrimp is the most-consumed seafood. I joined cockle collectors and crab hunters as they worked in the mangroves, and was told how some of their number had been beaten, shot and set upon by attack dogs for foraging too close to shrimp farms.

A Honduran mangrove advocate wrote: “With the complicity of our government, we have given away our people’s patrimony to a few national and foreign individuals, and we have deprived thousands of persons of their livelihood. We have turned the blood of our people into an appetiser.”

So, yes, eating is a political act.

It is also an environmental act. A rough valuation for the ecosystem services performed by mangrove forests—such benefits as sediment trapping, wave buff­ering, water purification, carbon seques­tration, nutrient cycling, and dozens of others—comes to $10,000 per hectare per year. By that reckoning, a 100-hectare shrimp farm created by removing mangroves incurs an annual environmental deficit of $1 million. If this cost were included in the price of the product, farmed shrimp would disappear from the menu.

But it isn’t, so it won’t. As is the case with all food, the environmental costs in the supply chain—“negative externalities”, in economics­speak—are not reflected in the price. Bring these invisible costs into the market, ecolog­ical economists say, and we will have a more socially just, environmentally sustainable pricing system—“full-cost” accounting rather than the partial reckoning we have now.

Change is coming. Food writers such as Michael Pollan and Mark Bittman encourage us to “connect the dots” in our eating choices, although this kind of conscious consuming isn’t easy. Information on which to base ethical decisions is often hard to find. But it is time to end what Bittman calls the “years of eating dangerously”, a food culture oblivious to social and environmental harm.

As Barry Commoner, one of the founders of the modern environmental movement, put it more than 40 years ago, with ecology there is no such thing as a free lunch.