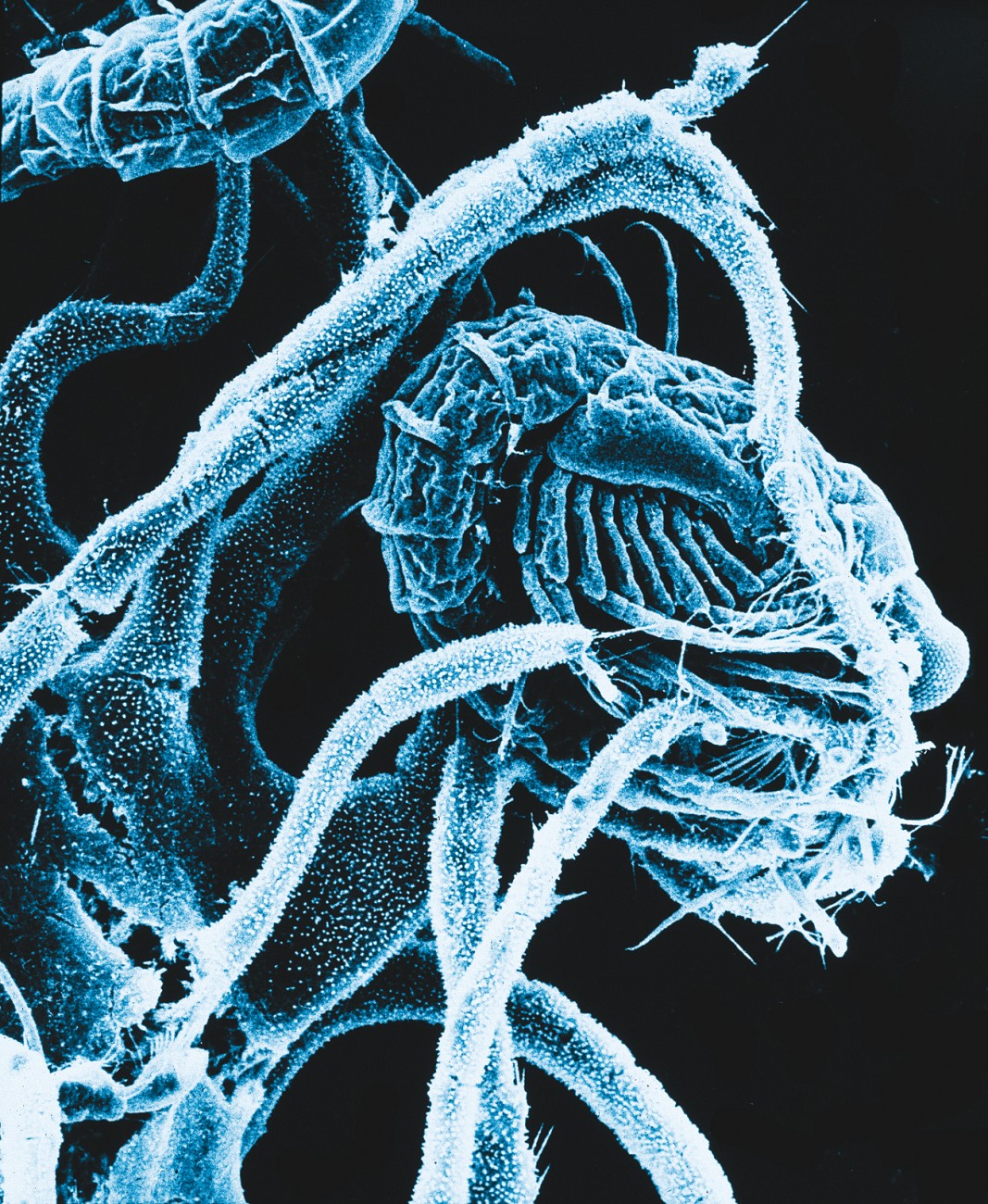 Ordinarily, sponges let life pass them by. Content to stick to a rock and take whatever drifts their way, they hardly epitomise nature red in tooth and claw, but the discovery of a carnivorous species a kilometre deep on the Chatham Rise has taxonomists in such a fervour that Chondrocladia turbiformis has been voted one of the world’s top ten new finds.

Dr Michelle Kelly, of NIWA, says the “weird and wonderful sponge looks like a fungus with its stalked body, and is covered with miniature ‘spinning top spicules’ rather like the things that we played with when we were kids.”

Most sponges simply collect organic particles, bacteria and plankton that waft into their internal chambers on the current. But turbiformis has lost the ability to filter-feed; pint-size yet perni­cious at 10–20 mm tall, it is the bane of tiny marine creatures such as crusta­ceans, which are trapped on the hook-bearing spicules, much like Velcro. The sponge then scoffs the victim in a manner unique among multi-celled organisms. “It doesn’t have a mouth or a stomach,” explains Kelly, “so the cells of the sponge stream toward the prey­ drawn by contracting filaments—to engulf its flesh, each cell digesting a tiny part of the captured animal.”

When the dinner is complete, the filaments re-extend, ready for the next morsel.

Carnivorous sponges are only a recent discovery; until 15 years ago, sponges were thought to be the deep sea equivalent of peaceful herbivores. But finds in the Pacific have revealed a murderous ingenuity.

Nobody’s sure how Chondrocladia turbiformis wields its spindly spicules, dubbed ‘trochirhabds’, but they’re a rare, if ancient, endowment—they’re otherwise known only from Early Jurassic fossils in Germany.

The sponge was found by the research vessel Tangaroa consorting with other, known, carnivorous asso­ciates, a kind of benthic gangland, on the basalt Graveyard Seamount com­plex on the Chatham Rise.

Turbiformis was selected as one of 2009’s top ten new discoveries by a panel at the International Institute for Species Exploration at Arizona State University. Among the other finalists were the biggest orb web spider yet found, and a hallucinogenically pat­terned frogfish.