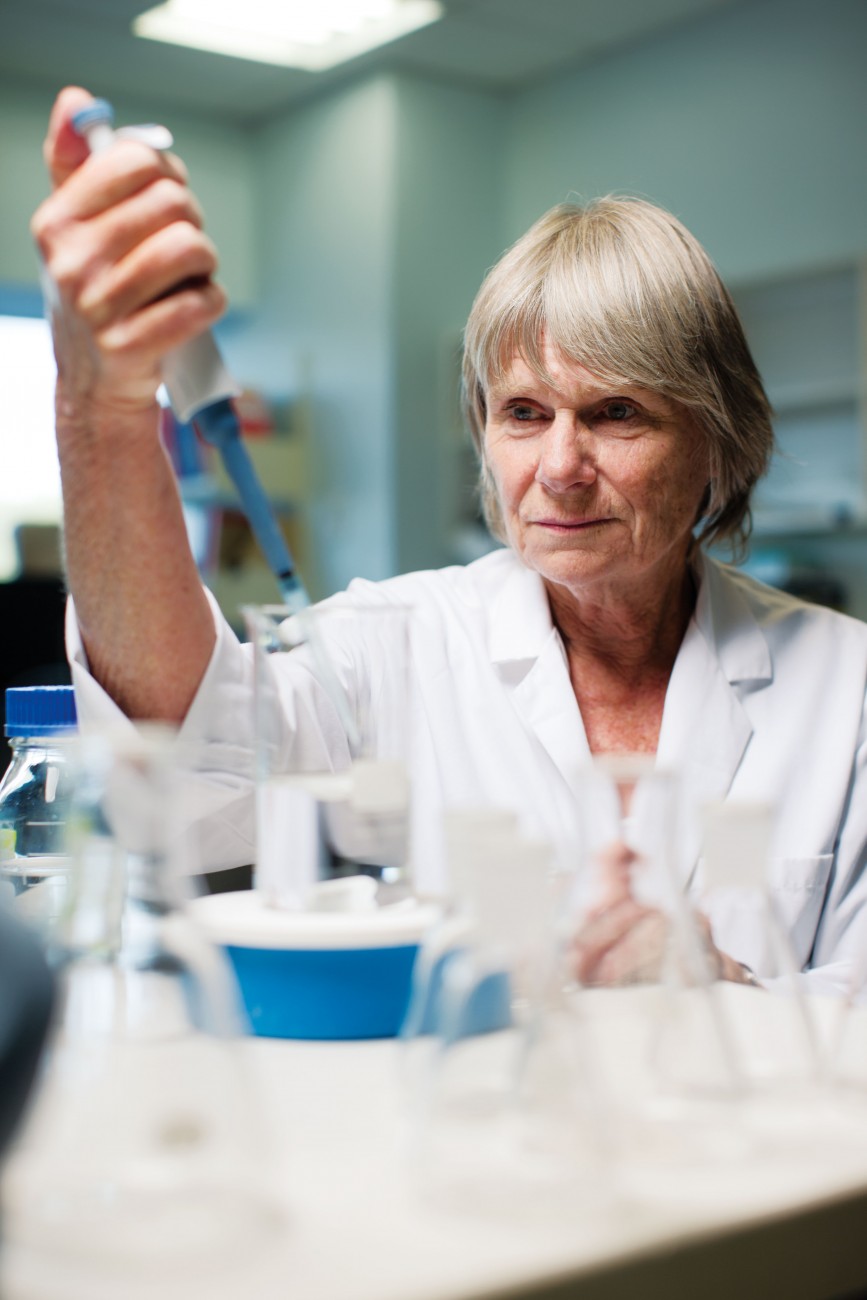 Pen and paper at the ready, Christine Winterbourn carefully monitored the lines on a spectrophotometer chart recorder in a Christchurch laboratory. It was 1974. The machine was measuring the colour spectrum of haemoglobin, the iron-rich molecule that gives blood its red colour. As she followed the spectrum, one prominent peak on the chart decreased and in its place a new peak developed, signalling that the haemoglobin had changed from red to brown.

Although further experiments, questions and paperwork were needed to prove the validity of the result, Winterbourn was looking at some of the first evidence that superoxide free radicals are produced from the oxygen bound to haemoglobin.

The discovery contributed to the realisation that free radicals are widely produced in the body, and opened the door to a new raft of questions that would change our understanding of human biology and disease. Now a world authority on free radicals, Winterbourn has spent more than 30 years investigating their role and that of antioxidants in conditions such as cancer, strokes, coronary heart disease and arthritis.

Now a professor at the University of Otago’s Christchurch campus and a principal investigator in its Centre for Free Radical Research, Winterbourn is adept at trapping and analysing the highly reactive molecules. Free radicals are unstable molecules with an unpaired electron, leading them to react with, and sometimes damage, other molecules. Sometimes they only last for a fraction of a second before undergoing chemical reactions.

“To actually see them, you’ve got to trap them by getting them to react with a detector,” she says.

Often a free radical will never be detected at all, its presence in a reaction only deduced by the outcome.

“In the sort of research I do, I am asking fundamental questions of ‘how does life work’, ‘how do things go wrong’ and ‘how do they relate to disease’.”

Winterbourn’s research team now spends much of its time manipulating and analysing human cells, searching for the production of free radicals. It’s work that she has revelled in ever since deciding to be a “chemist in a chemist shop” in primary school. Science, she says, has shaped her understanding of the world.

“I don’t know where the interest came from; it sort of came from within. I never questioned it. I knew it was what I wanted to do,” she says. “Science gives you a logical way of looking at things, or makes you want to know a bit more than often what you’re told.”

Following a PhD in biochemistry at Massey University, Winterbourn began working with Professor Robin Carrell in Christchurch, looking at chemical reactions in the trillions of cells within the human body.

“Research is not the easiest thing to do, because for everything that works, there’s a whole lot of things that don’t,” she explains.

It can be demanding, too, to balance family life. Winterbourn has been able to combine her research with raising two children, but admits that this requires dedication and good organisational skills.

“To do it well, it really needs to be part of your life, not the job that you do from nine to five and put away.”

Each small discovery is just part of the wider puzzle. Every piece of knowledge comes with a new raft of questions, a new set of controlled experiments to prove its validity, and academic paper work to prove the findings.

These questions are as relevant in New Zealand as anywhere. We are a small country, but can still do first-class fundamental research that makes a difference on the world stage. In fact, says Winterbourn, “in some of the molecular or cell sciences, sometimes to be able to think laterally, a bit different from someone else, has an advantage. There’s this huge pool of people in other places all talking to each other and thinking along the same lines. So I think the relative isolation of New Zealand can sometimes be advantageous as it gives you the option to think more independently rather than following the common line of scientists in the larger community.”

Winterbourn believes that all New Zealanders, and not just those destined for a scientific career, could benefit from science playing a stronger role in their education. “The rigour and logic of analysing things scientifically applies to all sorts of things in the workplace and everyday life,” she says. “The scientific approach is valuable for developing an argument based on logic, or assessing what we should be concerned about as genuine risks.”

It may also help to overcome the common suspicion that exists about anything scientific. “I cringe a bit when people treat chemicals as something dangerous to be avoided. People need to appreciate that everything is made of chemicals; some may be bad for you, but you wouldn’t exist without them.”