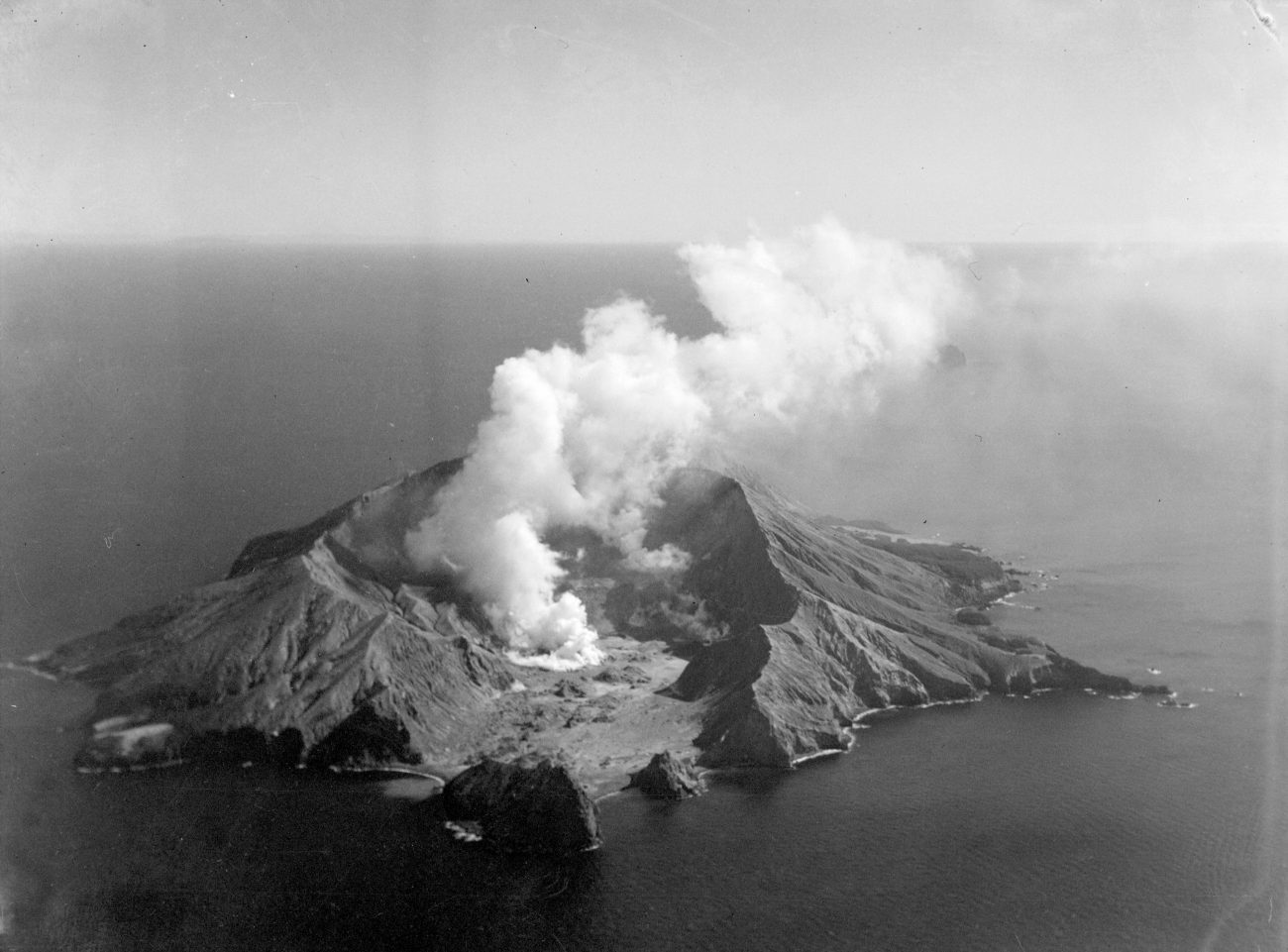 Albert Mokomoko nosed his launch into White Island’s Crater Bay, eagerly scanning the shoreline in the fading light for signs of life. It was the evening of Tuesday, September 15, 1914. A week earlier, 10 men of the White Island Sulphur Company had been dropped off to begin fertiliser production, but there was now no reply to his signals. Mokomoko reasoned that they were likely on the far side of the island. Not having a dinghy to make a landing, he lingered until almost midnight, then turned back to report to the company agent at Opotiki.

With its towering cliffs and hissing fumaroles, frequent earth tremors, ash falls, and lake rich in hydrochloric acid, the active volcano 50 kilometres off the eastern Bay of Plenty coast was a challenging place to run a business. In May 1914—just three months after quarrying began on White Island—a large retort used for extracting sulphur had burst, killing a worker. The accident was put down to corrosion caused by acid released by the sulphur ore during processing, and the plant was shut down while modifications were made. Then another man vanished in the steaming moonscape. Apart from a pair of boots, no trace of him was ever found.

Weeks after the lethal retort failure, the company chemist was in a party that traversed the island, amid blinding dust and ash, to assess the commercial potential of its natural fertiliser. He described at one point hearing three loud explosions, like cannon being fired, after which the land behind them became “a scene of considerable upheaval”.

On hearing Mokomoko’s news, and with these recent events still fresh in his mind, the company’s manager in Auckland feared the worst. He instructed Mokomoko to set out again for White Island as soon as possible. When the skipper did succeed in landing the following Saturday, he found that where the wooden buildings had stood, bare earth covered the ground. Nothing could be seen of the jetty.

Search parties were soon on the scene. They cleared away several tonnes of mud and rock from the site of the camp, but the heat soon forced them to stop. Building timbers and part of the manager’s wire stretcher were found floating in the sea, and it was speculated in the press that a “terrific volcanic outburst” had blown the employees and their quarters over the 45-metre-high Troup Head and into the ocean.

When all the evidence was pieced together, the likely course of events was only marginally less shocking. It seems that, some 800 metres from the camp, part of a massive, weakened cliff face had fallen, blocking a steam vent. Subterranean pressure had then quickly built, bursting through the lakebed to create a mudflow that swept seaward, burying buildings and men alike. The timing of large explosions heard from the mainland and sightings of dark pillars of dust above the island indicated that the violence had begun about 2.30AM on Friday, September 11—the workers’ fourth night ashore. Had anyone managed to stumble out into the darkness, they would have found no clear path to safety. Miraculously, however, there was a survivor. ‘Peter the Great’, one of five camp cats, was discovered alive.