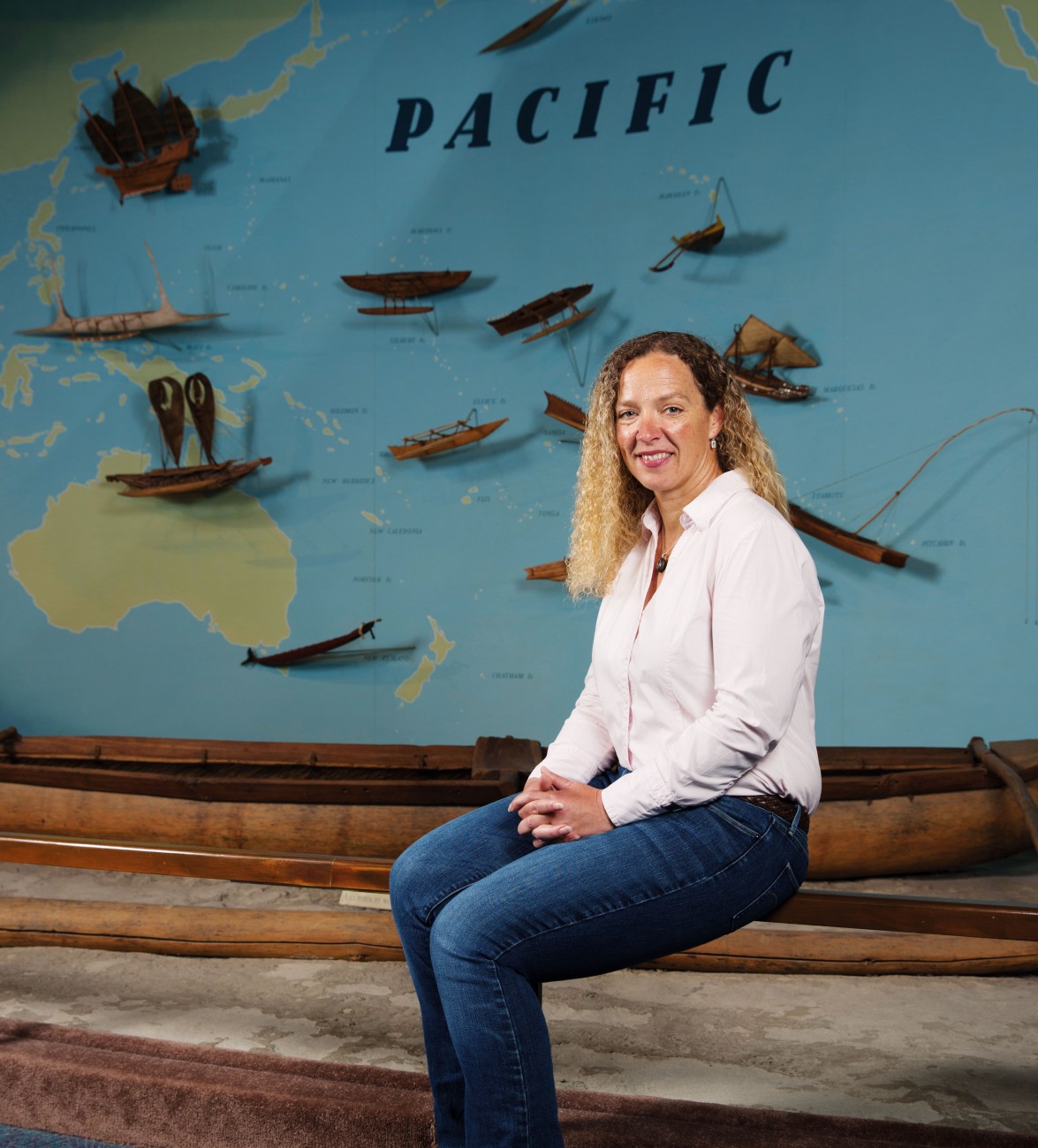 Your body, and mine, contains around 100 trillion cells. Within every one of those is a complete set of genetic instructions, every­thing that makes you different from me.

Well, almost everything. “Who you are, biologically speaking, is a result of many things, actually,” says Lisa Matisoo-Smith, professor of biological anthropology at the University of Otago. “Your genetic make-up, your environment, your history and upbringing all make you different at a biological level. That’s what makes you who you are.”

Matisoo-Smith describes herself as a ‘molecular anthropologist’—she looks at human variation between individuals and across populations to understand how humans populated the planet, to map pathways of migration, and to appreciate how we have adapted to the different environ­ments we encountered along the way. She is one of 13 principal investigators for National Geographic’s Genographic Project and is working on a Royal Society of New Zealand James Cook Fellowship to understand the genetic history of the modern population of New Zealand.

“We’re trying to get a grip on how much variation there is,” she explains. “And that differs depending on which markers you’re looking at.”

Humans can adapt slowly over genera­tions, or adapt immediately, says Matisoo­ Smith. “Athletes that train at high altitude produce more haemoglobin. That develop­ment happens very quickly. And we can adapt to different environmental conditions such as altitude, UV, diet and stress; all of these things interact with your physiology and genetic make-up and contribute to who we are today.”

Following these chemical clues, Matisoo-Smith is unravelling the human history of the Pacific, and some of our assumptions at the same time. Polynesians were not previously thought to have settled land farther east than Rapanui / Easter Island. But eight years ago, a colleague uncovered chicken bones at a site called El Arenal on the south coast of Chile. At face value, these represented the aftermath of quite a good lunch, albeit long forgotten. But the implications were rather more startling. The DNA obtained from the bones closely matched that of chickens common to Polynesia. Together with the conundrum of the South American sweet potato in Polynesia, this evidence suggested that Polynesians had sailed the last 3600 kilometres to land in the Americas. And to further dismantle the Eurocentric point of view, the bones were reliably radiocarbon-dated to the 14th century, implying that Polynesians had ‘discovered’ America before Columbus.

Last year, Matisoo-­Smith returned, this time to Isla Mocha, an island 30 kilometres off the coast of Chile. There she excavated human bones with signature Polynesian morphology­ tall, robust frames, dramati­cally different from the indigenous Mapuche. Mitochondrial DNA didn’t reveal Polynesian haplotypes, but then that wasn’t expected­ voyages of exploration were crewed by men; the second generation wouldn’t show any sign of Polynesian paternity in mitochondrial DNA which is passed only down the maternal line.

“Now we’re looking at the nuclear genome to see if we can see any evidence of Polynesian DNA,” says Matisoo-Smith. “Unfortunately, the hot and wet tropical conditions are bad for preservation. The bones are quite exposed in the dunes, there’s water percolating through all the time. The site’s not ideal, so finding nuclear DNA will be a bit of a needle in a haystack.”

For many who have only recently got over the fact that Polynesians didn’t simply drift across the Pacific by accident, the notion that they crossed the final 3600 kilometres of open ocean to the Chilean coast without so much as sighting land might be viewed incredulously.

“It’s a long way,” says Matisoo-Smith. “But Polynesians often made those sorts of voyages and moved those kinds of distances. You’re talking about the greatest navigators in the world. Every time they looked, they found another island to the east; why would they have stopped at Rapanui?

“Maori were part of that voyaging tradi­tion,” she says. “What we’re beginning to see is that the migration to New Zealand wasn’t the result of canoes making a single voyage, but a very purposeful, large-scale migration over a short period of time. It’s part of that amazing story of humans conquering and adapting physically and culturally to the full range of environments available.

“Populations have always moved with the technology available to them, by foot, or horse and carts, or canoes,” she says. However with the advent of air travel, the movement of people is changing dramati­cally. In many respects, describing populations as ‘local’ is an artefact of history, of slow locomotion.

When Maori arrived just 750 years ago, New Zealand was the last major landmass to be settled by humans, the end of the human migration—the most isolated extent of the globe finally reached. Now it’s among the most ethnically diverse countries on Earth.

“All major groups are represented here,” says Matisoo-Smith, originally from the United States herself. “We’ve all taken these journeys and have ended up here, with interesting stories. That’s our history; all of these stories are contributing to who we are.

How do we define ourselves as New Zealanders? I’ve been here 26 years, and I have a daughter born here. I might have a funny accent, but I identify with New Zealand now. I consider myself a New Zealander.”