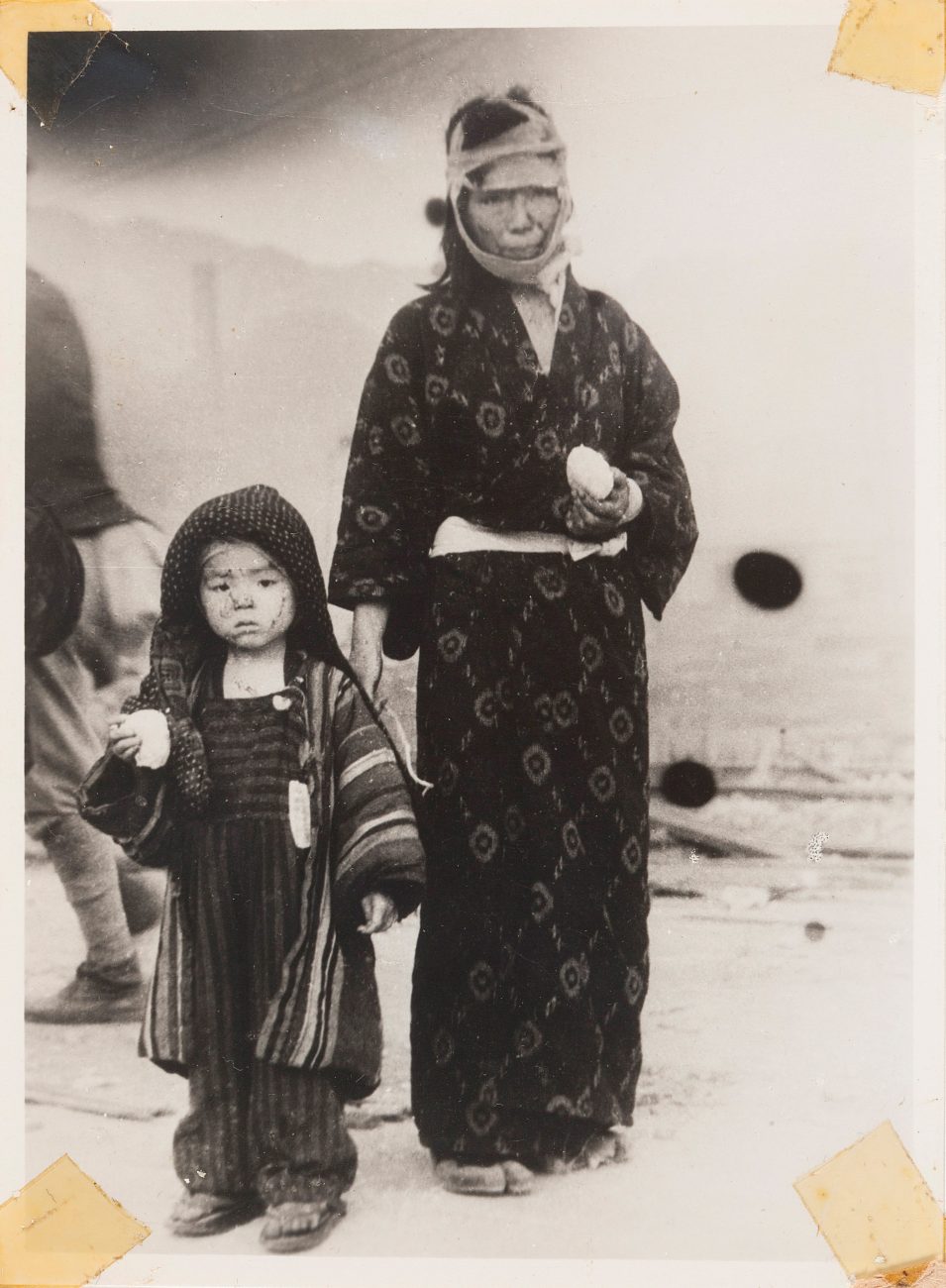 Yosuke Yamahata, a military photographer, was on assignment near Nagasaki when the atomic bomb detonated over the city on August 9, 1945. He rushed to a train and travelled 12 hours to reach the obliterated city, arriving at 3am. The next day he picked through the ruins from dawn to dusk to capture 119 frames of the destruction, the only extensive photographic record of that event. He described what he saw as “Hell on Earth”.

It was only when he developed the film that he discovered that one of his two cameras had a faulty shutter, resulting in poor negative density and characteristically dull prints. A number of the images were published in the Japanese daily Mainichi Shimbun, but after surrender, the occupying American forces imposed a tight censorship regime and confiscated any copies of his photographs.

This is likely how the prints came into the possession of an unknown American military policeman who, after confiscating the images from a citizen in Osaka, incorporated them into his own photo album of his war experience, along with shots of Eisenhower and MacArthur, aerial snaps of Mt Fuji, and a self-portrait. 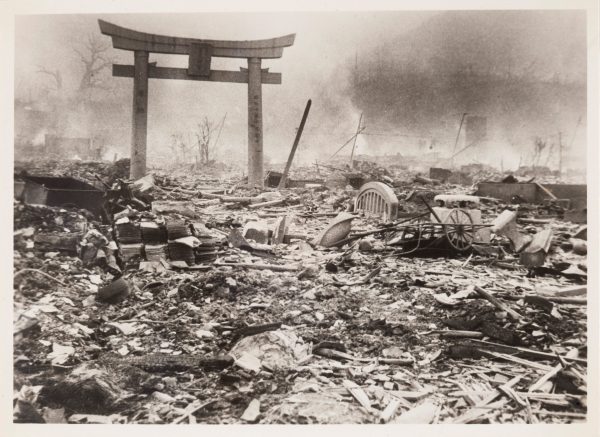 It’s probable that the nameless collector had no knowledge of the importance of the pictures, or that his collection was one of the few remnants of this singular work of photojournalism. Eventually it was discovered among the items in his estate and presented at British auction house Bonhams in June. (It didn’t sell.)

“Human memory has a tendency to slip, and critical judgment to fade, with the years and with changes in lifestyle and circumstance,” wrote Yamahata in 1952. “But the camera, just as it seized the grim realities of that time, brings the stark facts of seven years ago before our eyes without the need for the slightest embellishment.”

Yamahata would face those grim realities himself 20 years later, dying of cancer aged just 48, possibly a result of the radiation he was exposed to that day. Yet, due in part to the process of military censorship itself, his pictures live on, providing “an unwavering testimony to the realities of that time”.