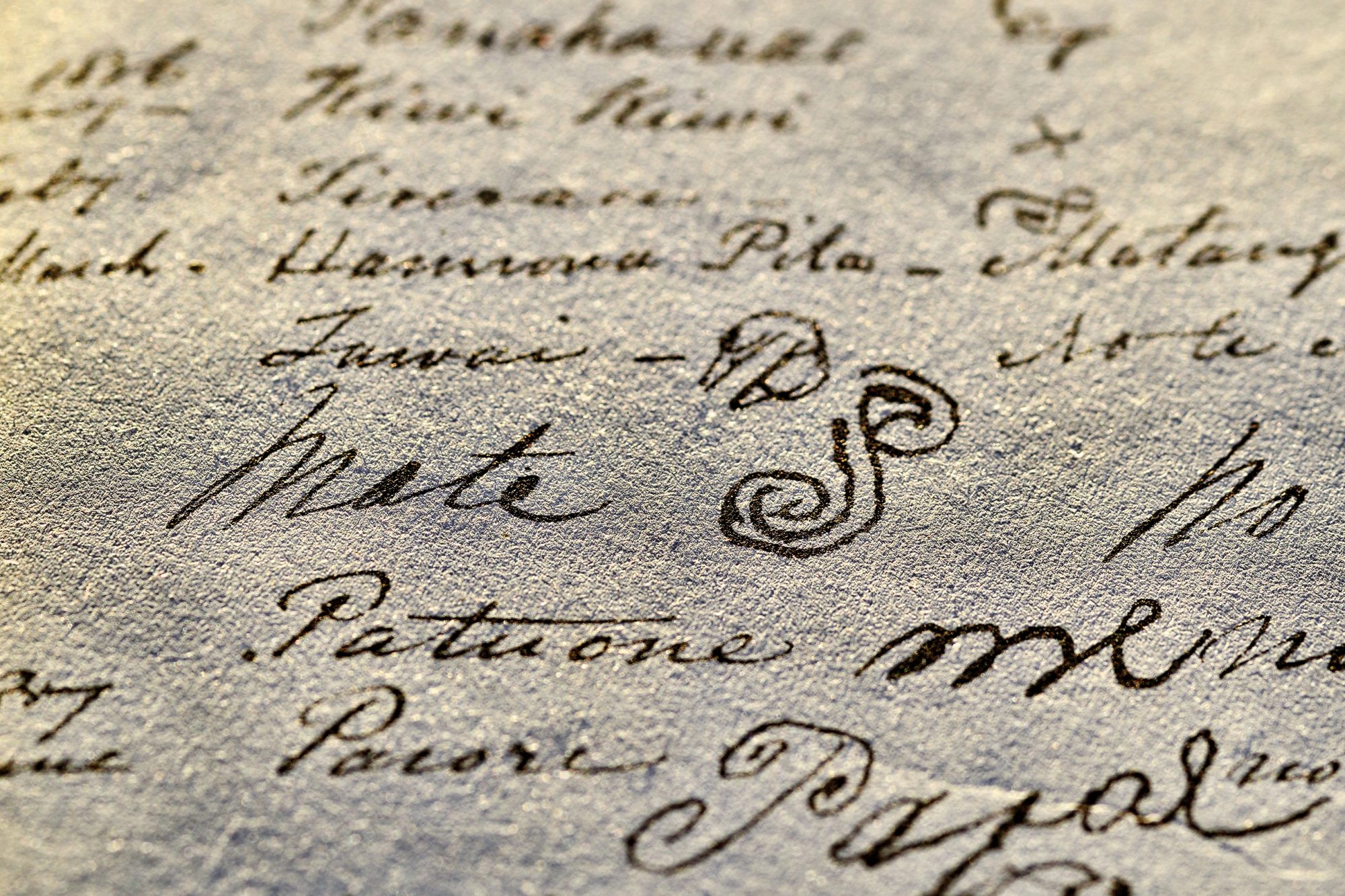 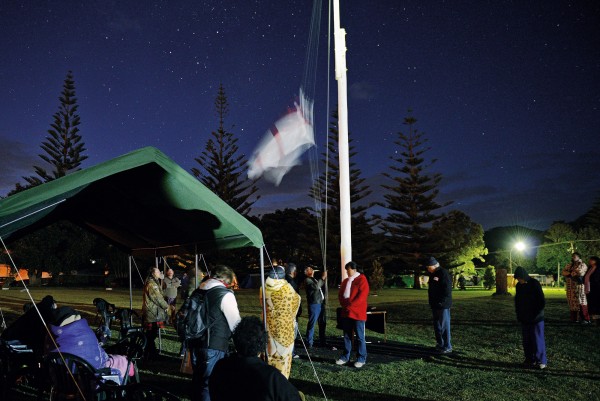 We were taught that in 1840 Maori willingly exchanged their sovereignty for the benefits of becoming British subjects. What if we were taught wrong? 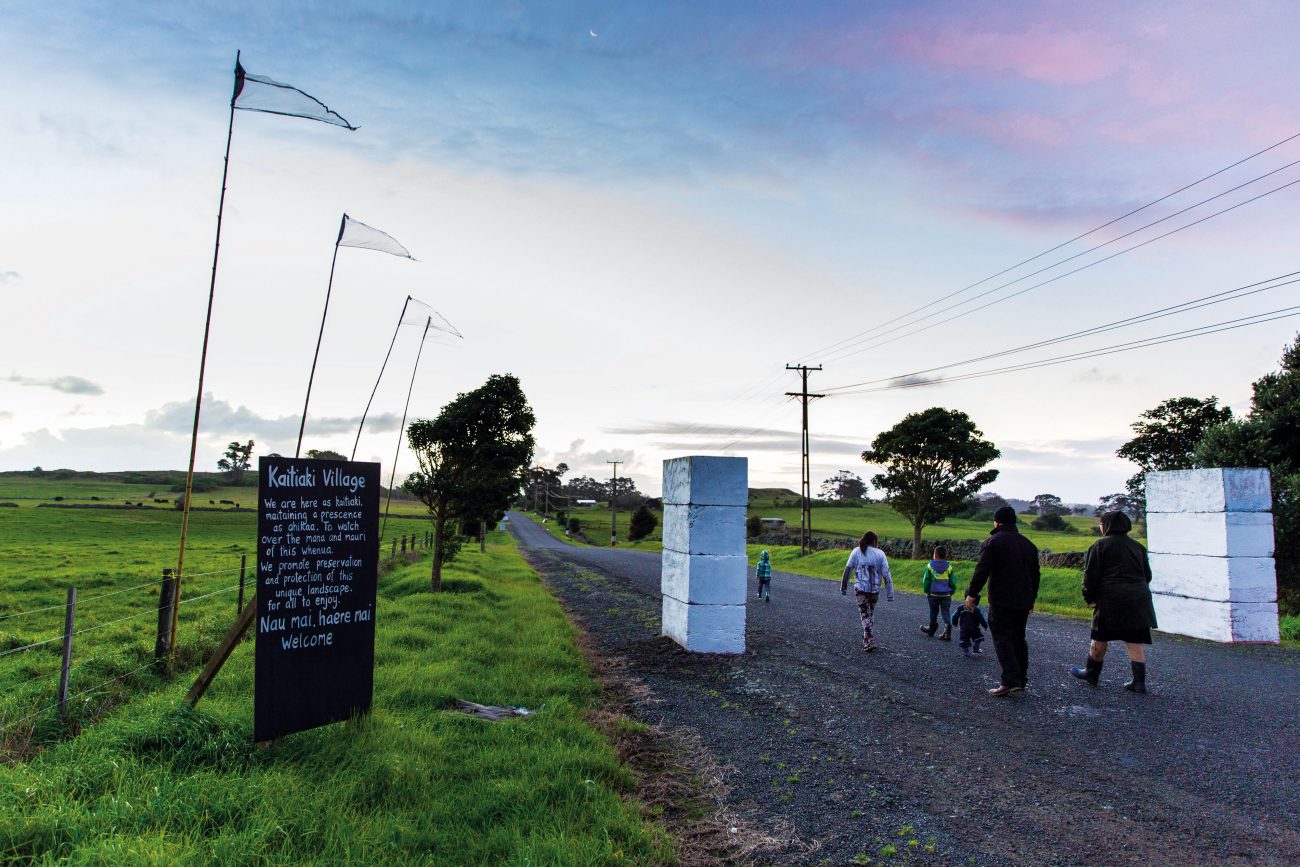 Ihumātao, a west-facing peninsula on the shore of Auckland’s Manukau Harbour, is the city’s oldest settlement. In 1863, the land was illegally confiscated from Māori. Sacred hills were quarried, 800-year-old burial sites were demolished, archaeological remains were destroyed, a sewage-treatment plant was built over traditional fishing grounds, and a dye spill killed the local creek. Now Ihumātao has been designated a Special Housing Area, without public consultation, and a development of nearly 500 houses is in progress. But for some tangata whenua, enough is enough. 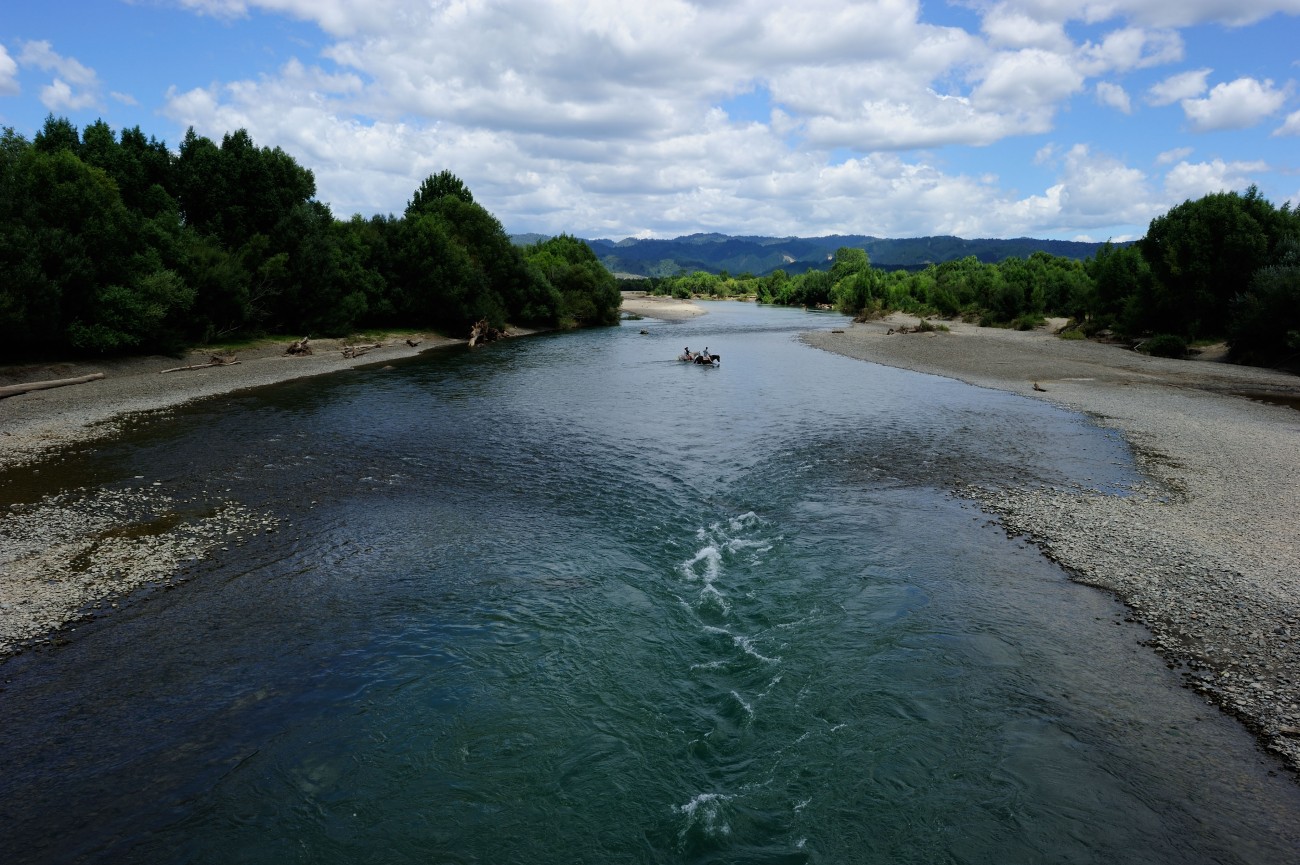 Romanticised one moment, betrayed the next, the Tuhoe tribe of Te Urewera have been an enigma to outsiders for 150 years. Now, with settlement of its Treaty of Waitangi claims in sight, the iwi reasserts its right to determine its own destiny. 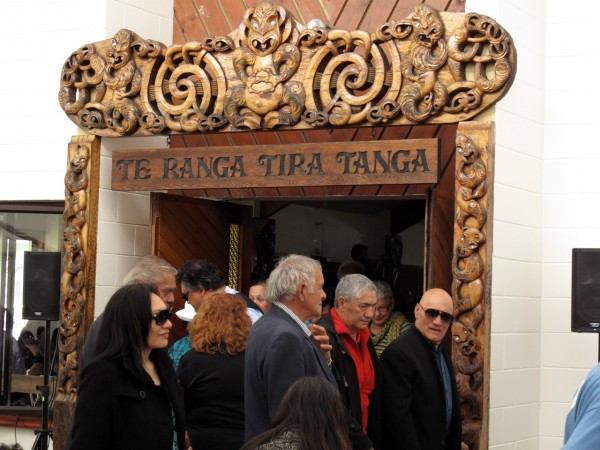 There are some striking differences in the names that we bestow. 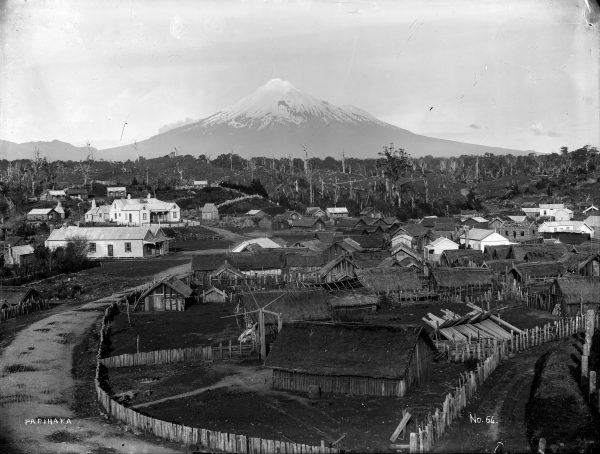 This year, for the first time in the 150-year saga of Parihaka, the government is preparing to apologise for one of New Zealand history’s most deplorable acts: the invasion and sacking of a Māori pacifist community and the imprisonment without trial of its leaders, Te Whiti o Rongomai and Tohu Kākahi. Yet for many New Zealanders, the word “Parihaka” still draws a blank. On hearing the story for the first time, they ask: why wasn't I told?

Readers may be familiar with the eight-metre­high facsimile of the Treaty of Waitangi enshrined in glass and on permanent display at Te Papa, but the original treaty is made up of nine documents kept in the Constitution Room at Wellington’s National Archives. Here you will find the Waitangi sheet, named after the site at which the first document was signed, as well as the various sheets that were sent around the country and which collectively represent the agreement signed between Maori and representatives of the Crown in 1840. It is displayed* in a temperature-regulated room built to withstand earthquakes, behind a heavy-duty bank-vault door, beneath subdued lighting and bullet-proof 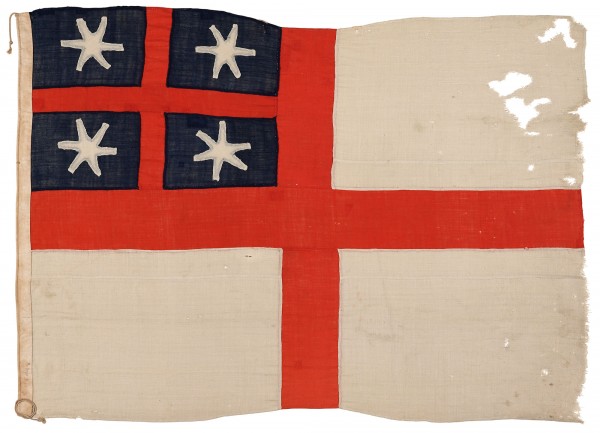 The nation gets an ID 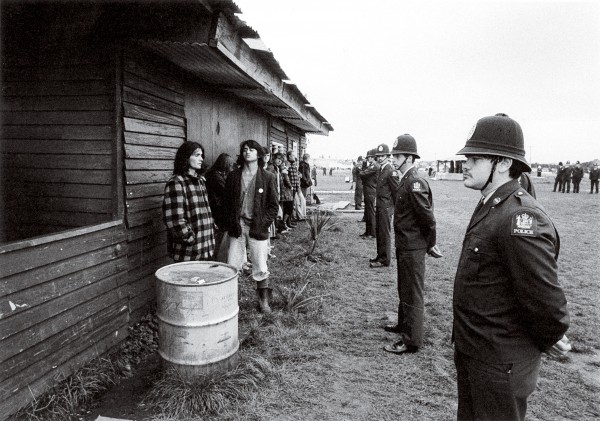 On May 25, 1978, the New Zealand gov­ernment sent in hundreds of police and army officers to evict protestors at Bastion Point, in what was the largest internal mo­bilisation in New Zealand’s history. 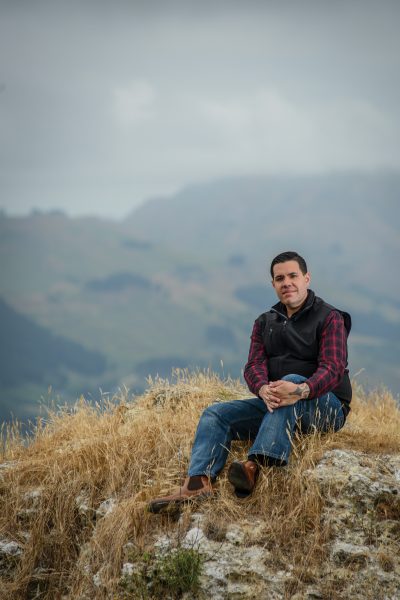 The unexpected journey of a linguist. 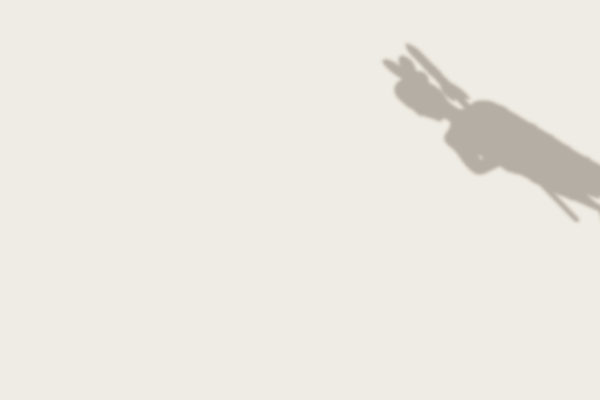 No portraits exist of one of the most important people in Pacific history. Tupaia was a man of many talents: high priest, artist, diplomat, politician, orator and celestial navigator. After fleeing conflict on his home island of Ra’iātea for Tahiti, he befriended botanist Joseph Banks, and joined the onward voyage of James Cook’s Endeavour. Arriving in New Zealand in 1769, Tupaia discovered he could converse with Māori. He became an interpreter, cultural advisor and bringer of news from islands that Māori had left long ago. 250 years on, we are barely beginning to know who he was. 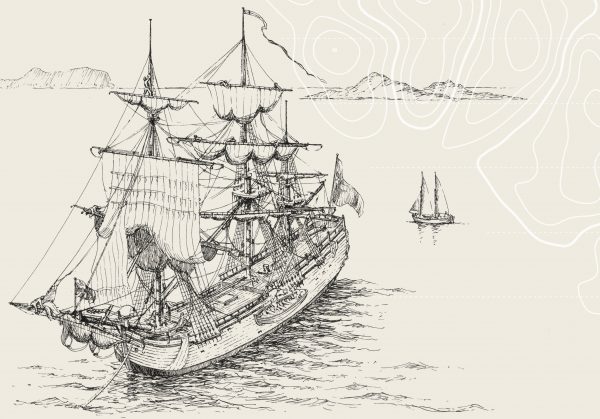 The search for the Endeavour

What became of the ship that charted New Zealand and Australia in the 1770s? For Great Britain, Endeavour expanded the map of the world; for Aotearoa, it brought abrupt and devastating change. Now, one of the world’s great maritime mysteries is on the cusp of being solved. The Endeavour’s bones lie in American waters, awaiting final identification. Meanwhile, the only organisation permitted to investigate the ship—a volunteer marine archaeological group—is lacking funds for the next stage of work and rejecting offers of collaboration. What does the future hold for the Endeavour wreck? 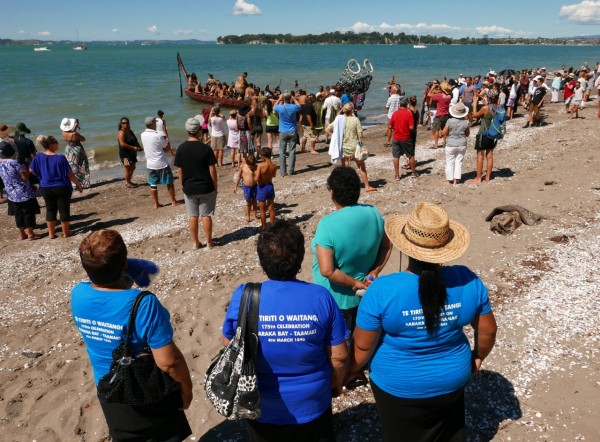 On this day 175 years ago, one of the lesser-known signings of Te Tiriti o Waitangi took place at Karaka Bay, at the mouth of the Tamaki Estuary in Auckland.

The legacy of Saana Murray

The second-oldest collection of Māori artefacts in the world—exceeded only by the one amassed by James Cook—is held in Russia. These 200-year-old treasures have immense value to iwi at the top of the South Island, whose ancestors traded with Russian explorers. Now, there’s a movement to bring these taonga home. 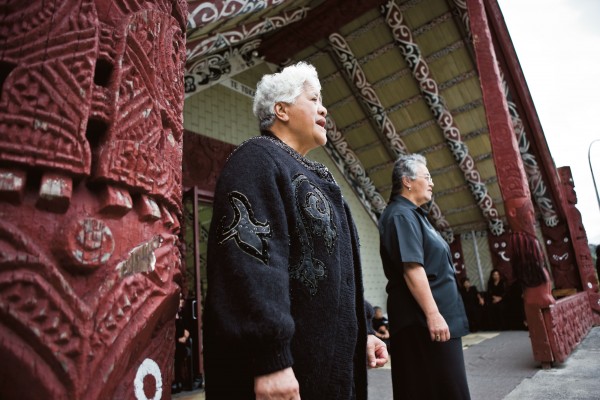 Poukai, a calendar of itinerant gatherings throughout the country where food and fellowship is shared, is the travelling court of the Maori King Tuheitia. A legacy of warfare and welfare, the first poukai was held as solace for Waikato Maori during a period of land confiscations. Now, as Tainui celebrate 150 years of the Kingitanga movement, the poukai tradition unites Maori again: to feast together, grieve together, disseminate news and bring people’s concerns to the attention of the King. And nowhere does this have more significance than in the King Country where it all began.

The search for the Endeavour