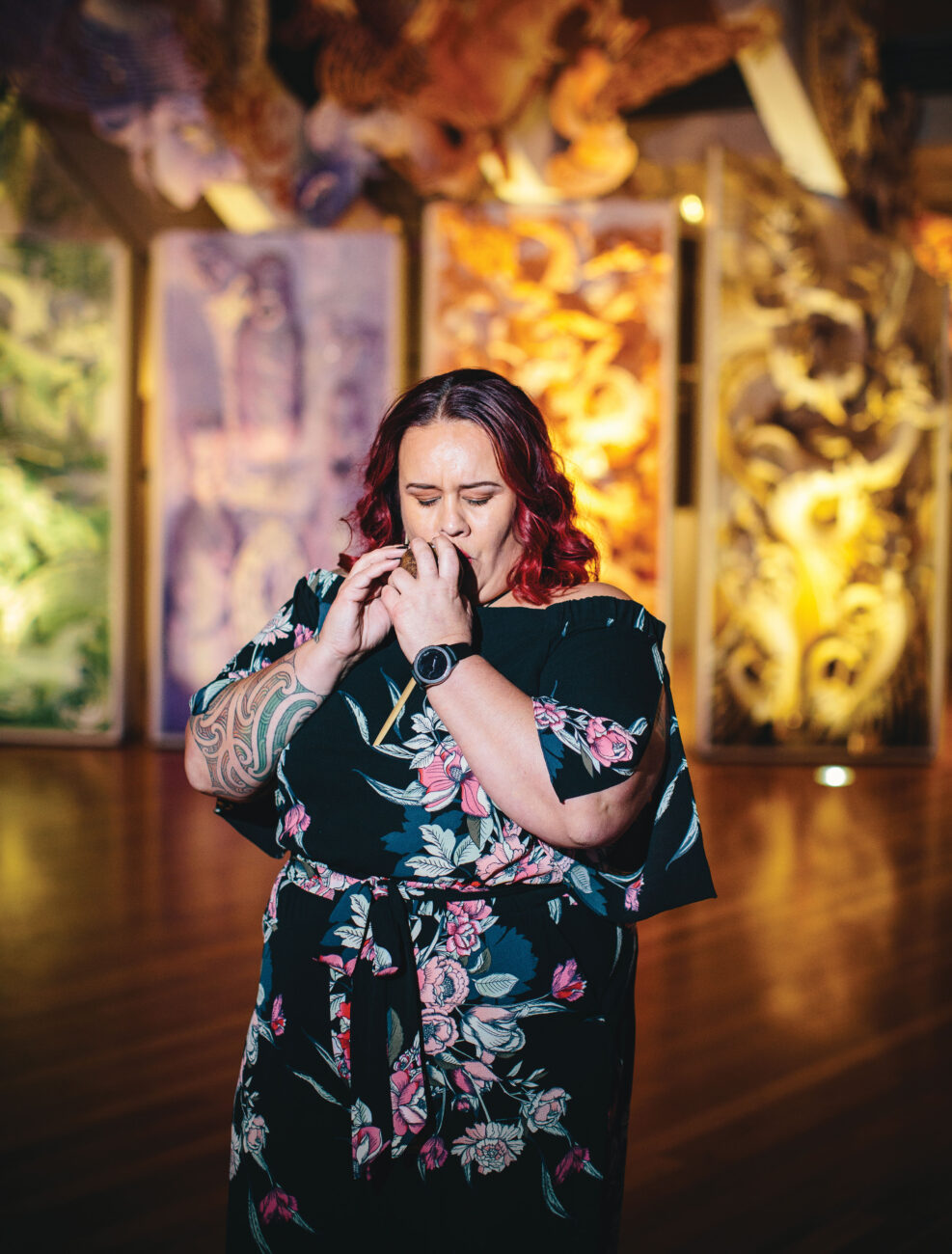 I met some Aboriginal people from Adelaide and their job was to bring their tūpuna back from overseas. I thought that was amazing. A few years later I was saying to them, ‘I really like the mahi you do, I admire it because it’s meaningful,’ and there was a woman there that said to me, ‘There’s a job at Te Papa—it closes in three days.’ I got the job and I’ve never looked back.

Mainly it’s us contacting museums and universities, medical institutions, any institution that we think might hold human remains and we just spam them, basically. We write to them and ask them if they have Māori or Moriori human remains. Most of the time people are pretty good and they will let you know what they have. They might not necessarily want to give them back.

There are still quite a number in England specifically. One institution has over 300 tūpuna, and a third of those tūpuna are Moriori.

Museums were likened to the Noah’s Ark of the human race. They wanted to collect two of everything—or 300 of everything—so they could compare Māori to Tahitians to Hawaiians to Native Americans, to see how much brain capacity they had. They were collected at a time when Darwinism was at its peak, so people were looking at how the human race has evolved over time and they believed that Caucasians or Europeans were at the peak of civilisation. Everybody else that was a bit darker were still evolving and coming out of their savagery. It’s not necessarily a nice field of study.

During the first five years I was angry all the time, just reading the letters, the way people described our tūpuna, the lengths they went to steal them out of their caves, out of their burial grounds, the lies they told in order to obtain our tūpuna and send them overseas.

I think more people need to understand what happened in the 19th century—hundreds and hundreds of our tūpuna were sent overseas.

It was hard initially because of all the emotions that come out, but I had to have a talk to myself and say, ‘You are not helping anybody by just being angry or sad all the time, you are here to help bring them home.’ But that doesn’t mean I don’t care, often times when we go overseas and we are invited into a collection store to view our tūpuna, sometimes I just burst out in tears. Other times I’m okay.

I play taonga pūoro. Every time I go overseas I try and look at their collection of pūoro just to see what they have and where they are from.

Part of my job is to do reconnaissance so I’ll go to the institutions and meet with the people and sometimes I have to confirm, particularly with the Toi moko, that they are Māori—and just looking at their moko you can tell straight away, because no other culture preserved their dead in that way.

It’s not likely that we are ever going to find out their names, but at least we can find out where they were taken from, where they were buried, and then for us it’s just to let iwi or hapū know that this is the information we have. The last thing we want to do is to send people home to the wrong place.

The sad thing is that when we take tūpuna home, for the most part, people don’t even know that they had been taken.

Institutions are scared that if they start giving back human remains, then we are going to want everything back, that floodgate is going to open, and then the museums are going to be empty. I think that’s a bit of an exaggeration. But that’s the view. The other thing is that they see our tūpuna and many other indigenous people’s ancestors as having scientific value, so they don’t want to give them back because they want to do research on them. From what I’ve found out in this mahi, the tūpuna that are overseas have just sat on the shelves. No one has even looked at them since they were taken. So to say that they have potential scientific value, it’s like, well, you haven’t done anything
with them for the last 100 years.

I lived across the road from the cemetery for 14 years and people would come to my house and be like, ‘I don’t know how you can live here,’ but I would be like, ‘They don’t annoy me. They’re fine.’ I look back sometimes and think, ‘Maybe I was preparing to do this mahi.’”