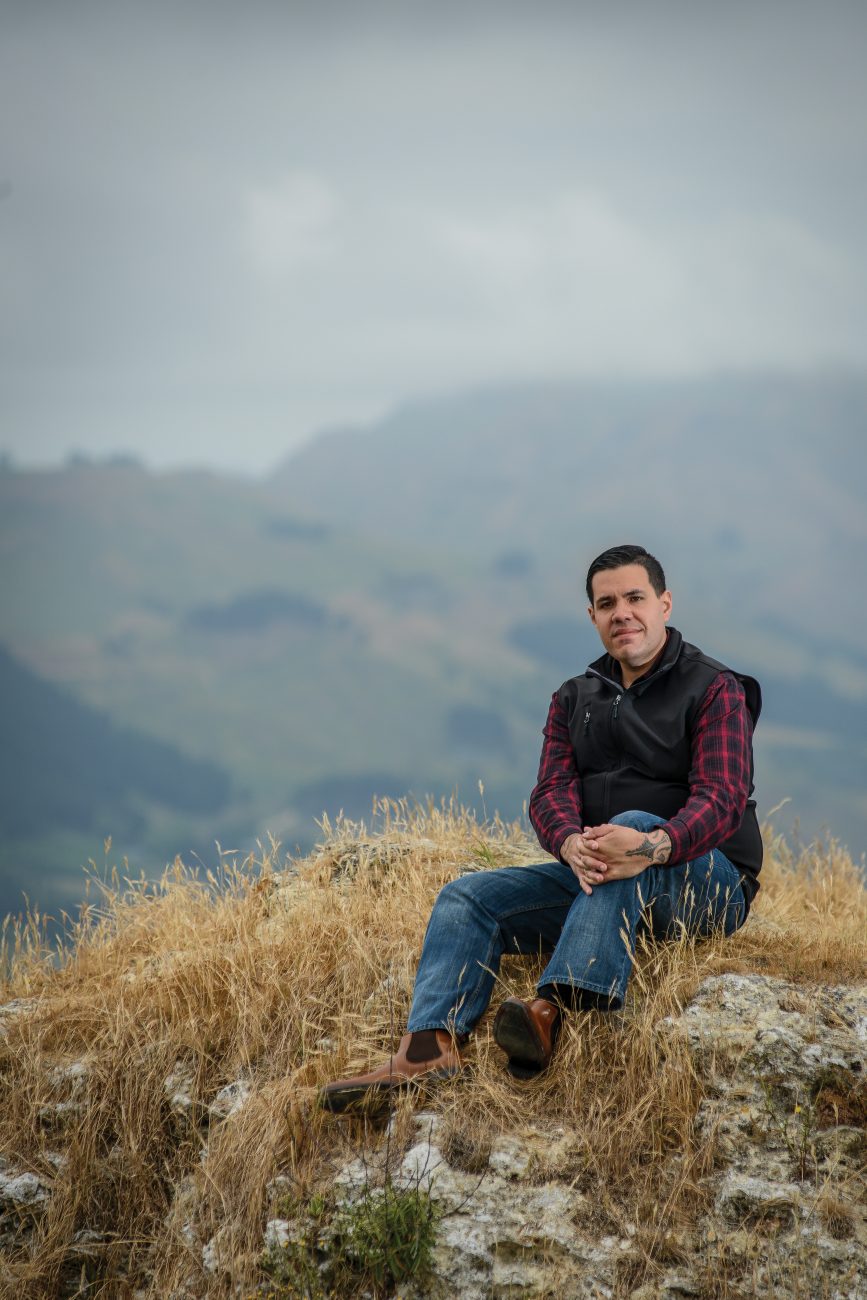 Last November, the supreme award at the 2017 Māori Language Awards went to a young man who was born and raised in Brisbane and spoke barely a word of te reo until his late teens. Today, Jeremy Tātere MacLeod is a government-certified translator, represents the east coast tribes of Te Tairāwhiti in the government’s Māori language revitalisation strategy and directs cultural-renewal initiatives for Ngāti Kahungunu, the iwi on his mother’s side—along with running a kōhanga reo with his wife, preparing to open a second, and being the father of two boys, eight and three.

How, I ask him, did this whirlwind ride with te reo begin?

“I was an odd child,” he admits. “My parents will attest to that. For as long as I can remember, I had a fixation to learn about my heritage. I drilled my parents for everything they knew. My father’s people were from Rotorua, and mother’s from Hawke’s Bay. They told me about the last of my grand-aunts, who was living in the village of Waimārama. She was recognised as the family historian, so I started writing to her. I was about 13.”

The first links in a chain of destiny that would bring MacLeod back to Aotearoa and his mother’s iwi had been forged. Four years later, he enrolled in a te reo course at the Eastern Institute of Technology (EIT) in Taradale.

From the outset, he was “striving for complete fluency”, he says. “From my first pōwhiri at EIT—making a mess of it and seeing people laugh and not knowing what they were laughing at—that was my challenge to myself. I wanted to be a pro. I was lucky because I was able to put in the time. I was single, and I could get work at an apple packhouse at Flaxmere at nights to make some income. Even there I tried to find Māori language speakers to talk to, and if I couldn’t find any, I’d talk to our Cook Islander cousins—just saturate myself in the language.”

But he knew that language acquisition had to be accompanied by cultural immersion. So began the first of many trips to Waimārama, at the southern end of the long stretch of beach south of Cape Kidnappers.

“I was in heaven,” says MacLeod. “My grand-aunt was the keeper of knowledge for her people. She had black-and-white photos from here to Timbuktu. I jumped in headfirst. I wanted to know who everyone was in my family, and to make sure they knew who I was.”

MacLeod is now pursuing a PhD on tribal dialectical differences, and his role as a reo champion seems assured. But te reo itself—how does it fare?

Not so well. In the 2013 census, a mere 21 per cent of Māori said they could hold a conversation in te reo about everyday things—down from 25 per cent a decade earlier. This is only five per cent higher than the figure for Pākehā, 15 per cent of whom said they could speak conversational Māori. Another alarming trend from the 2013 census was that the number of Māori speakers between the ages of five and 19, the school years, is declining. This despite the proliferation of kōhanga reo and full-immersion schools.

Why? MacLeod is blunt, and bitter, on the subject. “It’s because our people are in survival mode. Acquiring a second language isn’t a priority when you’re struggling to get work, pay the rent, take the kids to weekend sport, et cetera. Put it into perspective.

We’re trying to unravel 150 years of language discrimination and decline.

The rule of thumb among linguists is it takes one generation to lose a language and three to revive it. Here in Ngāti Kahungunu, we’re still in the first generation of recovery.”

The key to revitalisation is parents speaking the language in the home to raise their children. Yet the number who are doing that is distressingly low. “If I hear a family using te reo Māori in the supermarket I think, ‘Wow!’ It warms the heart, but it’s so rare. The onus is on people like me to lead by example, instead of defaulting to the easy language, English.”

MacLeod says he and his wife, Te Rina, have sometimes had people come up to them in the local Pak’nSave and say, “What language is that that you’re speaking?”
Less charmingly, there was the time someone confronted Te Rina and said angrily, “This is New Zealand. We speak English here.”

“I guess we’ve still got a long way to go,” says MacLeod, adding that as a word maven who likes to concoct new words, he came up with an idiom for just this sort of casual racism: whakaruaki ana, meaning to make a person want to vomit.

Discrimination, overt or subtle, continues to limit the recovery of the language. MacLeod says one of his challenges as a language spokesman for Ngāti Kahungunu is proving the relevance of te reo to his own people—that the Māori medium is just as effective as Pākehā mainstream for children’s education.
He and Te Rina are putting their actions where their beliefs are. They run a home-based kōhanga reo that has 23 children enrolled, and are in the throes of opening another one to take a further 30.

“It’s a great combination: her passion for the kōhanga reo movement and my ambition for the language,” he says.

What other choice do they have? MacLeod offers a whakataukī that puts the relevance question in sharp perspective: Ka mate te reo Māori, ka mate ko te iwi Māori. Puritia te taonga i waiho mai ai e ngā mātua tīpuna. ‘If te reo Māori should die, Māori identity will follow. Hold fast to the gift that was bestowed by the ancestors.’

He may be a second-language speaker, but MacLeod is holding on tight.