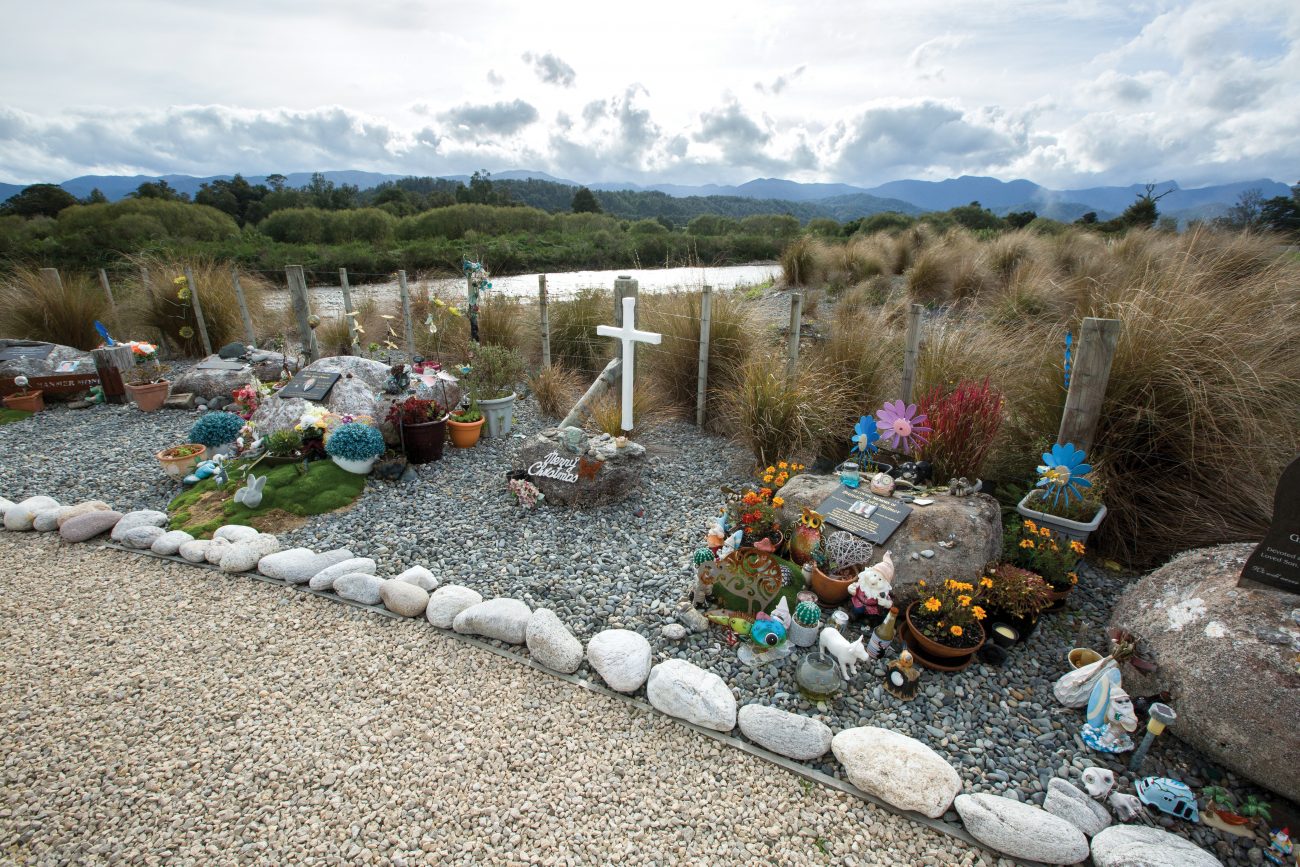 While I was on the West Coast, working on the Paparoa Track story for this issue, meetings were happening in Greymouth with mine experts discussing the logistics of re-entering the Pike River mine. One morning, two vans pulled up at the former Pike River operations offices, and 20 or so of these people climbed out, dressed in high-vis vests and hard hats, ready to inspect the mine portal and drift.

There was a tang of expectation in the winter air. Who doesn’t want to see this eight-year saga resolved? Getting certainty around whether the men’s remains can be recovered or not. Getting a clearer understanding of what happened on that fateful day in 2010.

One thing that struck me, when reading some background on the recovery project, is the difference in the Māori and Pākehā names for the agency involved. The Pākehā name is the Pike River Recovery Agency. The Māori name is Te Kāhui Whakamana Rua Tekau mā Iwa, which translates as “the group that gives prestige to the 29”.

The Pākehā name is administrative, the Māori name is evocative. And this is how it is for most government entities:

The Ministry of Education is Te Tāhuhu o te Mātauranga, the ridgepole of knowledge.

The Department of Corrections is Te Ara Poutama, the path to excellence or self-improvement.

The Ministry for Business, Innovation and Employment is Hikina Whakatutuki, lifting up to make successful, carrying to completion.

The Department of Conservation is Te Papa Atawhai, caring for the treasure box.
The Māori Language Commission is Te Taura Whiri, the braided rope.

The Ombudsman is Kaitiaki Mana Tangata, the minder, protector and guardian of people’s mana.

Last year, one Pākehā name change triggered an angry reaction. Child, Youth and Family became the Ministry for Vulnerable Children. Its Māori name became Oranga Tamariki, which means “children’s wellbeing”. Why, many people asked, was the English name not “Ministry for Children’s Wellbeing”?

The Children’s Commissioner described the new Pākehā name, with its uncomfortable emphasis on the problem, not the aspiration, as “stigmatising” and “cripplingly disappointing”.

Subsequently, the ministry dropped the word ‘vulnerable’ from its title, but declined to include ‘wellbeing’.

What does this difference in Māori and Pākehā naming styles reveal about New Zealand biculturalism? On the Pākehā side, bureaucratic names seem to be the equivalent of labelling the parts of a machine. On the Māori side, they tell a story about people, and how government can support them better. This disparity isn’t necessarily a problem—one could argue that the two styles complement and complete each other.

Perhaps so, but I wonder if there is, at the very least, not a missed opportunity here. Naming is an activity of power. Colonialism has historically done its work of erasure by overlaying new names on top of old ones. And because indigenous names typically arise from stories, and connect those who utter the names to the stories, the new names efface their history, even their very identity.

Naming also reflects a culture’s worldview. Indigenous people tend not to use nouns for the names of persons and places because nouns are static, whereas their perception is that life is a generative flux that is best described by verbs.

Scottish anthropologist Tim Ingold, who has made a study of indigenous naming practices, writes that in the indigenous world the names of persons, places and even creatures describe something that is continuously emerging, not entities fixed in space and time by a label.

“It is in their very patterns of activity that their presence lies,” writes Ingold. “And places are not so much locations as formations that arise within the process of movement, like eddies in a river current. In short, in such a world names are not nouns but verbs: each one describes a going-on.”

Ingold cites the Koyukon people of Alaska, for whom each animal instantiates a particular way of being alive. The Koyukon do not call a fox “fox” but “streaks like a flash of fire through the undergrowth”. The boreal owl is “perches in the lower branches of spruce trees”.

To speak of an animal among the Koyukon, writes Ingold, is to enter the process of its life.
Decades ago, I watched a documentary about an African tribe whose people painted their homes in dazzling, intricate designs using locally sourced dyes. When the rainy season came, the water-soluble dyes washed off and the people had to paint their homes all over again. Some well-wishing Westerners asked why they did not use waterproof paint. The people gently laughed and said, “You people want to create a forever, we want to forever create.”

Humanity is coming to the end of a period in which the dominant culture has tried to “create a forever”—to fix an empire, an epoch, in place, to make it certain, solid and enduring. We are coming to its end because that project is killing the planet and killing us.

The time has come to replace the nouns of resources with the verbs of relationships. The new Whanganui River and Te Urewera acts of Parliament are the bellwether of this change. Those places are no longer entities but persons. When we interact with them, we enter their lives, their goings-on.

So for Pike River, I wish the recovery agency godspeed—but my thoughts are with the families. My eye is on uplifting the mana of the 29.