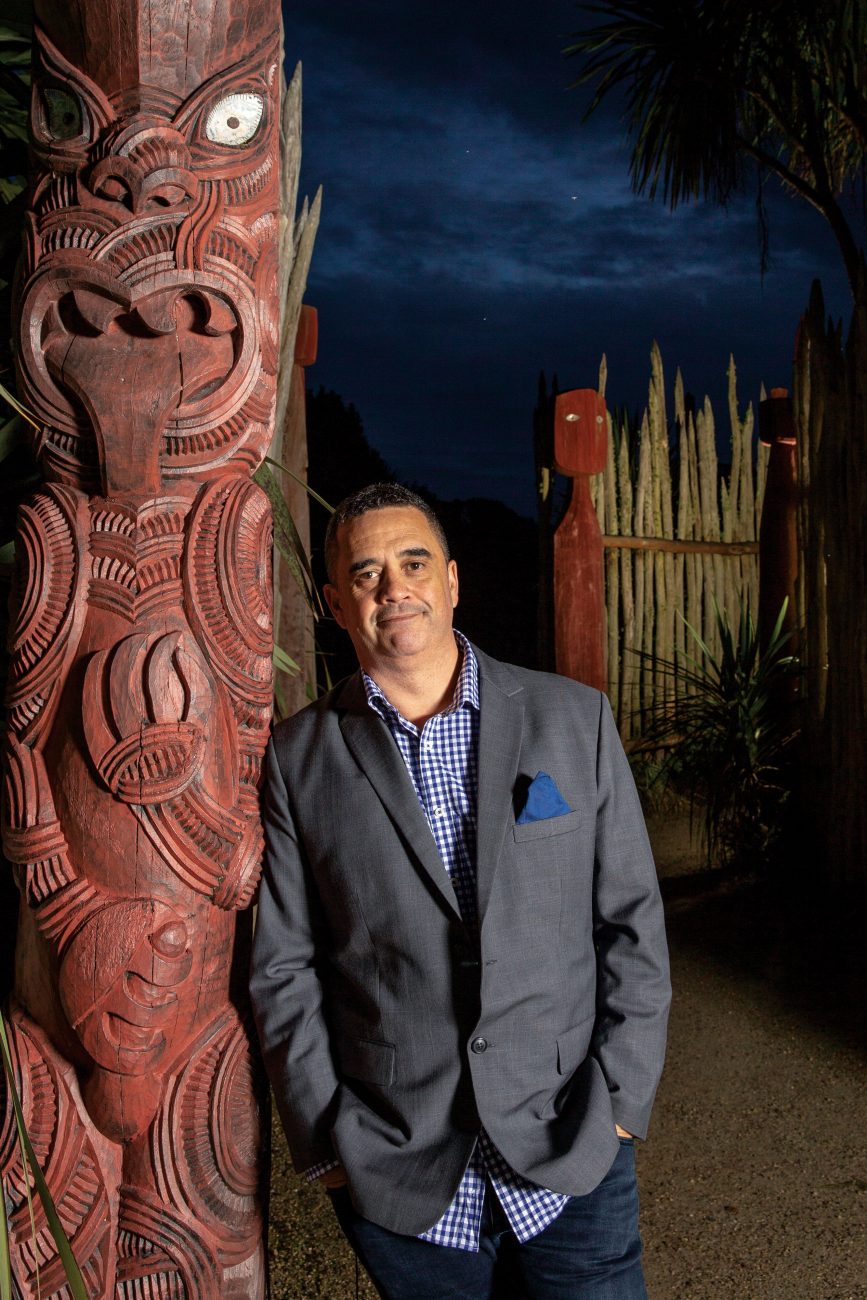 One day in 1995, Rangi Matamua went to his grandfather Jim Moses (Timi Rāwiri Matamua) and asked the older man what he knew about Matariki, the dawn rising of the constellation Pleiades. He knew it heralded the Māori New Year, but it was just beginning to enter mainstream knowledge.

Timi Rāwiri went to his bedroom, reached into a cupboard and brought out a 400-page manuscript, written in te reo Māori. He gave it to his grandson, and changed the course of the young man’s life.

The manuscript was an astronomical record compiled by Timi Rāwiri’s grandfather Rāwiri Te Kōkau, who had written it with his father, Te Kōkau Himiona Te Pikikotuku of Ruatāhuna, a tohunga of Tūhoe and Ngāti Pikiao. Written over two lifetimes from the late 19th century, it contained precious star lore, including the names of 1000 stars and 103 constellations and how to establish a whare kōkōrangi, or house of astronomical learning. It was knowledge that was becoming lost from New Zealand as encroaching colonisation put pressure on Māori to assimilate in language, spirituality, and way of life. Later, towards the end of Timi Rāwiri’s own life, he told his grandson to find a way to share what it contained. Knowledge hidden, he said, wasn’t knowledge at all.

It was fortunate for all New Zealanders that Matamua’s ancestors so diligently wrote it down, and even more fortunate that it made its way into the hands of Matamua, who was then an undergraduate at university. Written records of Māori astronomical traditions are thin on the ground today, with a good deal lost to colonisation and Christianity. One of the main sources is 19th-century ethnographer Elsdon Best, but he recorded things from a Eurocentric viewpoint, and also made some mistakes in translation. It’s time, Matamua says, for Māori to tell Māori stories.

He has spent the past 20 years steeping himself in both Tūhoe and wider Māori astronomy. Now a professor in Māori and indigenous studies at the University of Waikato, he travels a lot, holding lectures and wānanga, gathering information from other iwi and people with traditional knowledge.

“I am really on a journey to help people rediscover the connection that we all have to the cosmos and the universe,” he says.

“A large percentage of the world’s population can’t even see the night sky any more.”

He says science is just catching up with what Māori have always believed and practised. Genealogies can be traced right back to the lights in the sky—and life is, of course, made up of elements forged in their cores.

“We have always said in the beginning Rangi and Papa were stuck together in this small tight embrace, not dissimilar to our understanding of the singularity,” says Matamua. “We talk about the separation of the sky and the Earth—that was the Big Bang. We always said we were descended from the stars, and we got laughed at.”

But you don’t sail the oceans of the Pacific and settle the challenging land of New Zealand without a profound scientific understanding of the natural world, he says—an understanding that is then embedded into cultural narrative and spirituality.

But who is telling Māori stories, and what they are saying? Matariki is a prime example of this—many people get the basic dates, name, and meaning wrong.

“Every year, we get inundated with these non-Māori interpretations of Matariki, and not only are they culturally incorrect but also scientifically incorrect,” says Matamua. “I’m reading stuff like you go out in late May and early June to see Matariki rise, but you’ll never see it in the sky during that time.

“I think it’s fantastic that everyone’s celebrating Matariki, but let’s not forget the origins and traditions upon which this celebration is established, and show the inconsistencies of late.” They include interpretations such as “little eyes”, based on an incorrect Elsdon Best translation. Matariki is, in fact, a shortened version of Ngā mata o te ariki o Tāwhirimātea, the eyes of the god Tāwhirimātea; there’s no supporting narrative for the phrase “little eyes”.

Matamua will be looking for Matariki rising from July 6-9, and celebrating from July 6-13—a celebration of the season based not on the Gregorian calendar but on his understanding of the lunar-stellar calendar that Māori used to organise their planting, harvesting, fishing, hunting, and travel, as well as spiritual aspects of their lives. It’s a blend of astronomy and astrology similar to that used by all cultures who depended wholly on the capricious seasons for survival.

“One of the things about teaching this stuff is decolonising the space, and another is that a big part of the record is in te reo Māori,” says Matamua. “To be able to do justice to the space, you need to have a knowledge of the Māori language.”

That’s one of the reasons he wrote his book, the 2017 publication Matariki: The Star of the Year, now in its fourth reprinting. “Māori are starting to write themselves into history as opposed to being written into history.”

Matamua is now in the process of writing a more comprehensive book on Māori astronomy, and he also dreams of establishing a modern whare kōkōrangi. He wants to see another generation of Māori astronomers learning about the knowledge of their ancestors—the first people living under the night skies of Aotearoa.