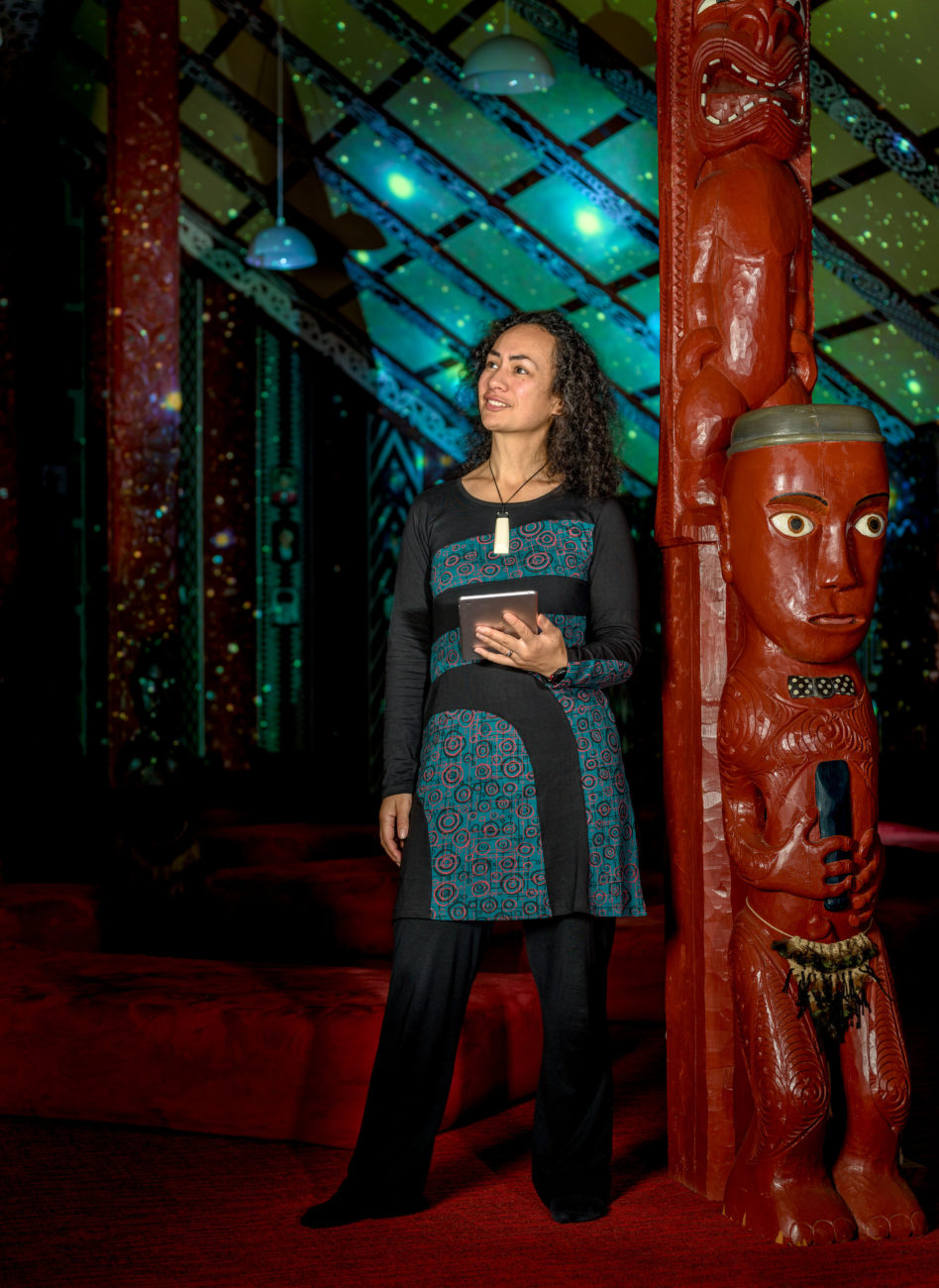 Betelgeuse stands out in the Orion constellation because it glows red among other, hotter stars shimmering blue. One of its Māori names is Hōtoke, which means winter. For Ocean Mercier, this confirms that Māori knew about an important principle in physics: cooler flames glow red and hotter flames burn blue.

It is one of many stories Mercier used in a series of videos she produced to help teachers wanting to teach physics in te reo Māori, using traditional knowledge to remind young Māori and Pasifika school students that their people are—and always have been—scientists. “In a whakapapa sense, we were trying to draw a connection so that kids felt more ownership and were not alienated, and it wasn’t like science is something other kids do, but something they feel is part of their own heritage and they can claim a right to be scientists.”

Mercier’s own learning didn’t have these connections. For a decade, she studied and taught complex physics but had no deeper knowledge of te ao Māori. It wasn’t until her late 20s that she experienced an “intellectual awakening” when she took up te reo classes to reconnect with her own language and heritage. “I soaked it up,” she says. “It was as if it had always been there waiting for me to put the time in.”

By that stage, Mercier had already become the first Māori woman to earn a doctorate in physics, with a thesis on superconducting materials. She’d travelled to Antarctica to study the structure of sea ice, with the late physicist Sir Paul Callaghan as her mentor. But then, after a year of intensive language study, came an invitation to teach Māori science at Te Kawa a Māui, the School of Māori Studies at Te Herenga Waka/Victoria University of Wellington. There was no curriculum—it was up to Mercier to collect examples of traditional knowledge about the sciences. Soon, she became a superconductor herself—a powerful conduit between stories, people and knowledge, between Western science and mātauranga Māori, traditional knowledge.

Mercier is Ngāti Porou, with whānau in Tikitiki, north of Gisborne. But her grandparents had moved to Wainuiomata to work at the Ford Motor Company and Griffin’s Biscuits factories, and Mercier has always lived in Wellington. After her years of training in Western science, her immersion in centuries-old histories coincided with the introduction of mātauranga Māori into the science funding process. “The policy and I grew up together,” says Mercier.

Awareness of mātauranga Māori has grown significantly since, she says, particularly around knowledge used to navigate by the stars, to extract medicines from plants or to build ocean-going waka. But Mercier continues to encounter reluctance among scientists. “Many still get a bit scared when it comes to mātauranga. They think that it’s opening the door to a time of superstition and darkness.”

A frequent argument she hears is that scientists can’t engage with mātauranga Māori because science is a universal knowledge system. “This is often raised as a way to discount the validity of local knowledges—and that’s a lost opportunity.”

Meanwhile, the number of Māori working as scientists remains “depressingly low”. Without the support of a peer group, “there’s still a massive cultural shift the person going into many of the science disciplines has to make in order to feel comfortable”.

Mercier’s approach is gentle but persistent—because she knows that it isn’t easy. “I certainly feel like I’ve done a lot of unlearning and decolonisation of my own thought practices since coming into Māori studies. It was like a plunge into the deep end, realising there are things I need to shed in order to be credible in this discipline.”

She remembers going onto a marae as a student to talk about her work in geophysics. “Hanging out with geologists, blowing things up and then measuring them with a seismometer—there’s nothing cooler than that. But when I told a group of Māori studies students at the marae that that’s what I do, expecting to get a laugh out of this, there was just stone-cold silence. For them, blowing up the whenua, that’s not cool at all.”

Mercier is now head of Te Kawa a Māui, and she continues to record traditional knowledge about science and the many untold stories of historic landmarks. One of her special places in Wellington is Ahumairangi, which she knew as Tinakori Hill growing up.

Tinakori—or “no dinner”—“alludes to the slave working conditions for the workers who built the road and I’m interested in ways that both histories can survive, to remind us of where we’ve come from and of mistakes made in the past”.

With a campaign underway to replace the statue of Richard Seddon from Wellington’s parliament lawn, amid growing momentum to remove colonial monuments, Mercier prefers to pay attention to the complete history behind statues like Seddon’s. “He’s set up on a plinth that maybe takes up 10 square metres of space, but if you were to draw a map of Aotearoa under Māori rangatiratanga in the 1800s, he symbolically takes up a huge portion of that. Under his 13 years’ or so watch as premier, three million acres of Māori land passed into government hands.

“Seddon, or King Dick, met many Māori on his travels and is noted as telling them they were ‘Like the banks of a river and Pākehā are like a flood of water that is coming’ and ‘If you can help me to relieve this flood of water by selling me some land, then you will not be overwhelmed’.”

If we only told the full story, says Mercier, “we’d be the richer for it”.