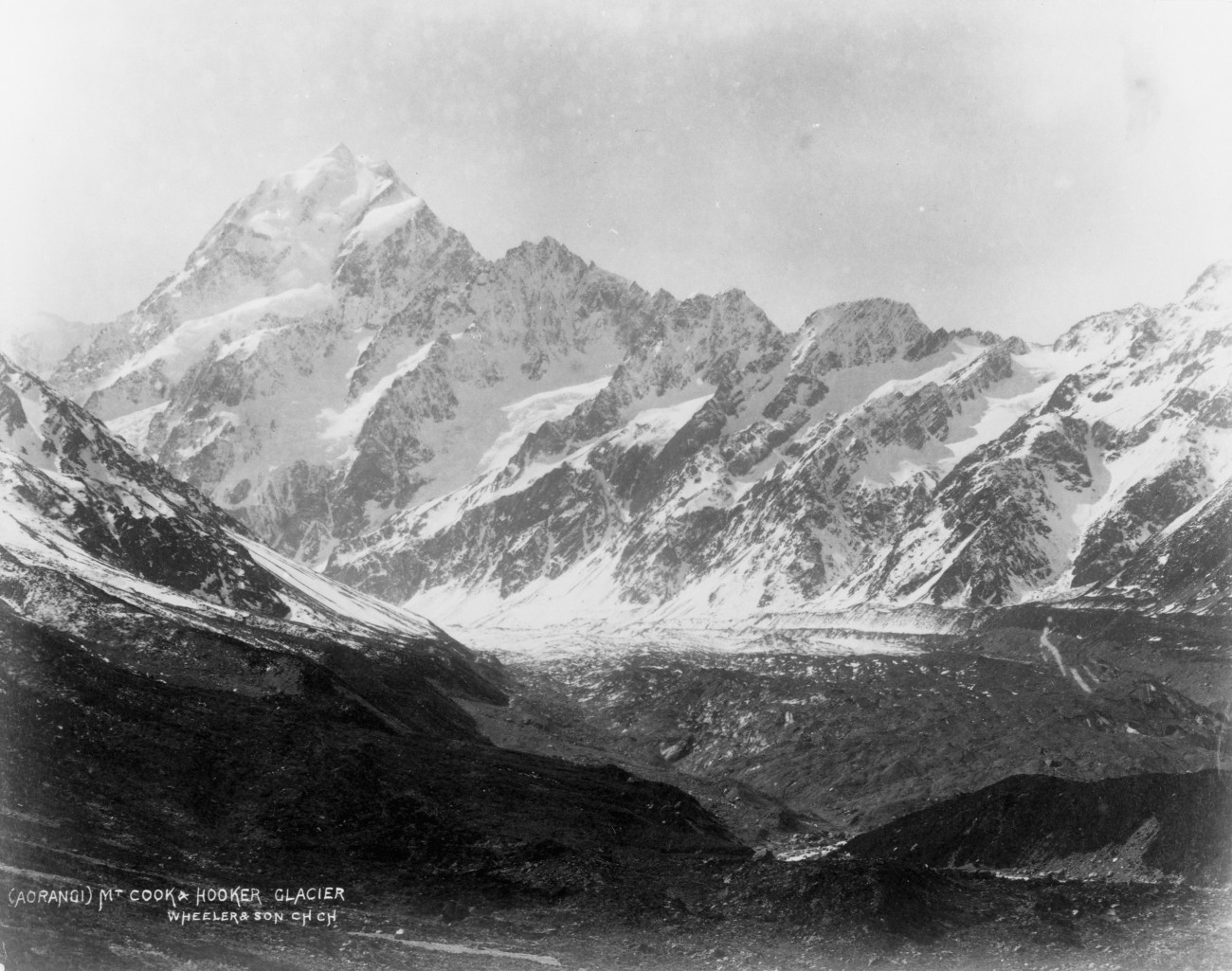 At 2AM on Christmas Day, 1894, George Graham rose “shivering and growling” and set about preparing breakfast for his climbing mates, using dry wood brought onto the ice from a previous camp. With him on the Empress Glacier that morning were two other working-class South Canterbury men, Tom Fyfe—a plumber by trade—and 17-year-old Jack Clarke. Both were working as part-time guides. Their objective, towering before them unseen in the predawn, was the unconquered Aoraki-Mount Cook.

“Getting on our boots with great difficulty— they being turned, apparently, into something akin to cast iron—we packed up everything we were likely to require, and, roping together, moved upwards at 3.15am,” Fyfe later recalled.

Thirty years earlier, Julius von Haast had published an enthusiastic report on his explorations in the region, and subsequently a number of teams had thrown themselves at the mountain. Even the Governor of New Zealand, Sir George Bowen, caught mountain fever, offering aid to any member of the London-based Alpine Club who undertook an ascent. The offer was eventually taken up by the Irish naturalist and climber the Rev William Spotswood Green, who, with two Swiss guides, got to within 50 metres of the summit on his third attempt in 1882 before being forced back by bad weather.

But it was the announcement that the American-born climber Edward Fitzgerald and his Swiss-Italian guide Matthias Zurbriggen had set their sights on the mountain that finally galvanised New Zealand climbers. After three failed efforts by various groups in atrocious weather, Fyfe decided to break with tradition and seek a route other than Green’s. On December 20, he and Graham ascended from the Hooker Glacier, reaching Aoraki-Mount Cook’s Middle Peak in what was the greatest climb to date. Now, in company with Clarke, they were back, aiming for the mountain’s highest peak via the difficult and untried north ridge. “Looking back at 10.30am,” Fyfe wrote, “we could see that we were far above all the surrounding peaks, and, although the top of Aorangi could not be seen, we knew it could not be far distant… The wind was now piercingly cold and we were glad to muffle our faces in anything to protect them.”

After a sheltered break to take a snack, consult maps and make a few sketches, they pressed on, and an hour or so later caught sight of the peak, 120 metres above them.

“I am afraid that the reckless way in which we romped over those last rocks was very fool- hardy, but one would need to be phlegmatic not to get a little excited on such an occasion.”

A few hastily cut steps in the ice cap and the trio stood exultant on the highest pinnacle in Australasia. Kitted out with uncomfortable swags and nailed boots in place of the knapsacks and crampons commonly used elsewhere, and lacking the route-finding skills of foreign alpinists, Graham, Fyfe and Clarke had nevertheless preserved national pride and given their fellow climbers a Christmas to remember.

The difficult route was not attempted again for more than 60 years, and in one respect their feat cannot now be repeated. In the early hours of December 14, 1991, the east face of Aoraki-Mount Cook collapsed, triggering a seven-kilometre-long avalanche of rock and ice and lowering the summit by 10 metres.