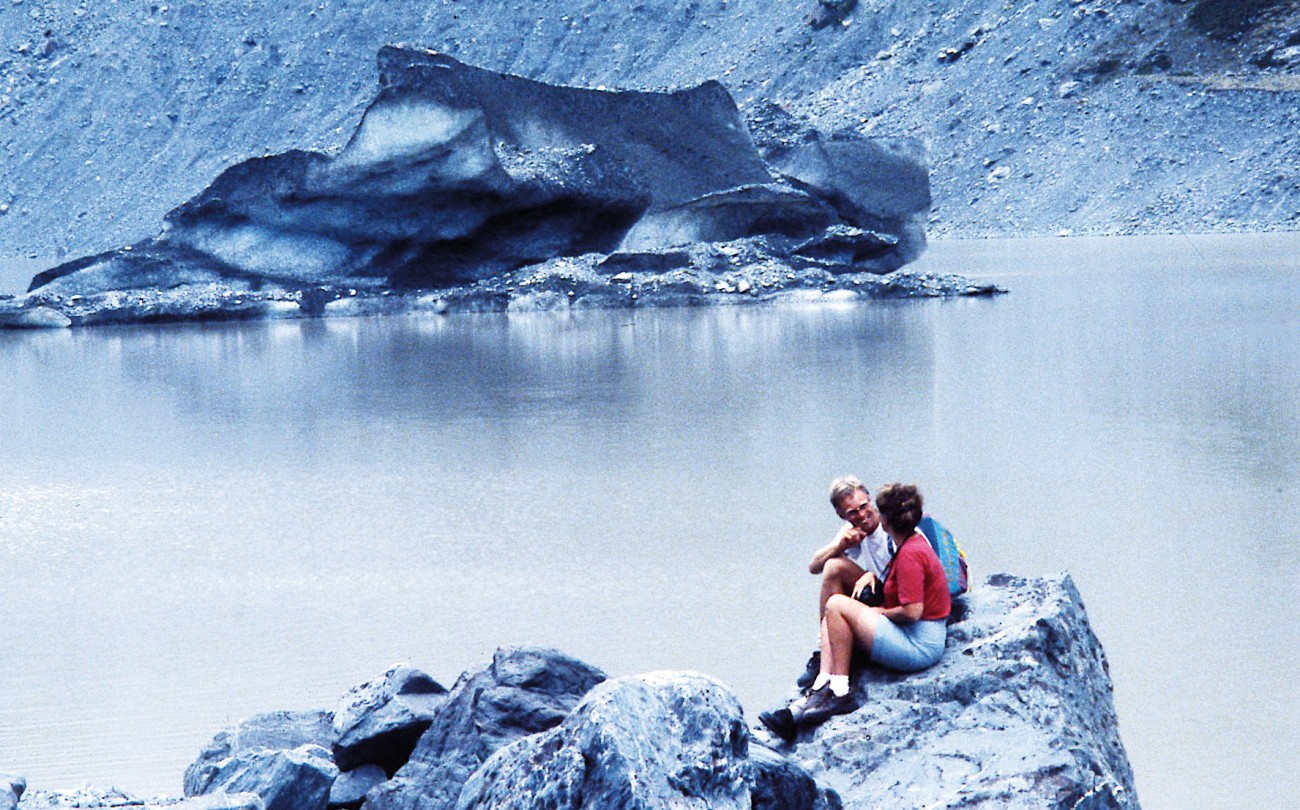 The Mackenzie Country is a unique New Zealand landscape: raw, open, full of light. This tussock wilderness is a world away from the organised patchwork quilt of Canterbury, yet is separated from it by only one low pass. Burkes Pass was one of the routes that Maori took for seasonal food gathering, and it later became the ‘dray highway’ in the 1850s as the first pioneer settlers moved into this harsh landscape.

Many of these settlers were of Scottish origin, and it is said that in 1858 there were more Gaelic speakers in the Mackenzie Country than English. James McKenzie was one of these, and his attempt to steal sheep and take them over a secret pass into the Mackenzie Basin in 1855 made him more noto­rious than he could ever have imagined. After two (or three) escapes from Lyttelton gaol, he was pardoned on the grounds that the trial was conducted in English and that McKenzie might not have understood it.

At Mount Cook village there are many great short walks, but it pays to pick your weather. The nor’wester that howls across the Mackenzie Country is famous for spoiling a few mountaineers’ dreams.

The Hooker Valley is a fine walk into the heart of Aoraki/Mount Cook National Park, with gorges, glaciers, lakes and (in season) the Mount Cook lily to see.

The track starts from the White Horse camping area and passes the original site of the Hermitage and an alpine memorial. The track zig-zags down to the first swingbridge across the milky-blue Hooker River.

Good views continue up-valley past the Mueller Glacier terminal lake, and the track cuts along a gorge with another spectacular swing-bridge. After the bridge, the track runs around to the Stocking Stream shelter and toilet.

After a flat section with some boardwalks, the track goes over a slight rise and you reach the ‘ice lake’ or terminal lake of the Hooker Glacier.

The Mount Cook lily (Ranunculus lyalli) is really the world’s largest buttercup. Other inter­esting plants to see include the spiky matagouri shrub, the sharp spaniard and the tiny New Zealand edelweiss.

Hooker was named by Julius von Haast after William Hooker, an English botanist and father of Joseph Hooker. Mt Cook was named of course after the explorer Captain James Cook, and the five highest peaks in New Zealand are called ‘The Navigators’ because each is named after a famous captain: Cook, Tasman, La Perouse, Dampier and Elie de Beaumont.