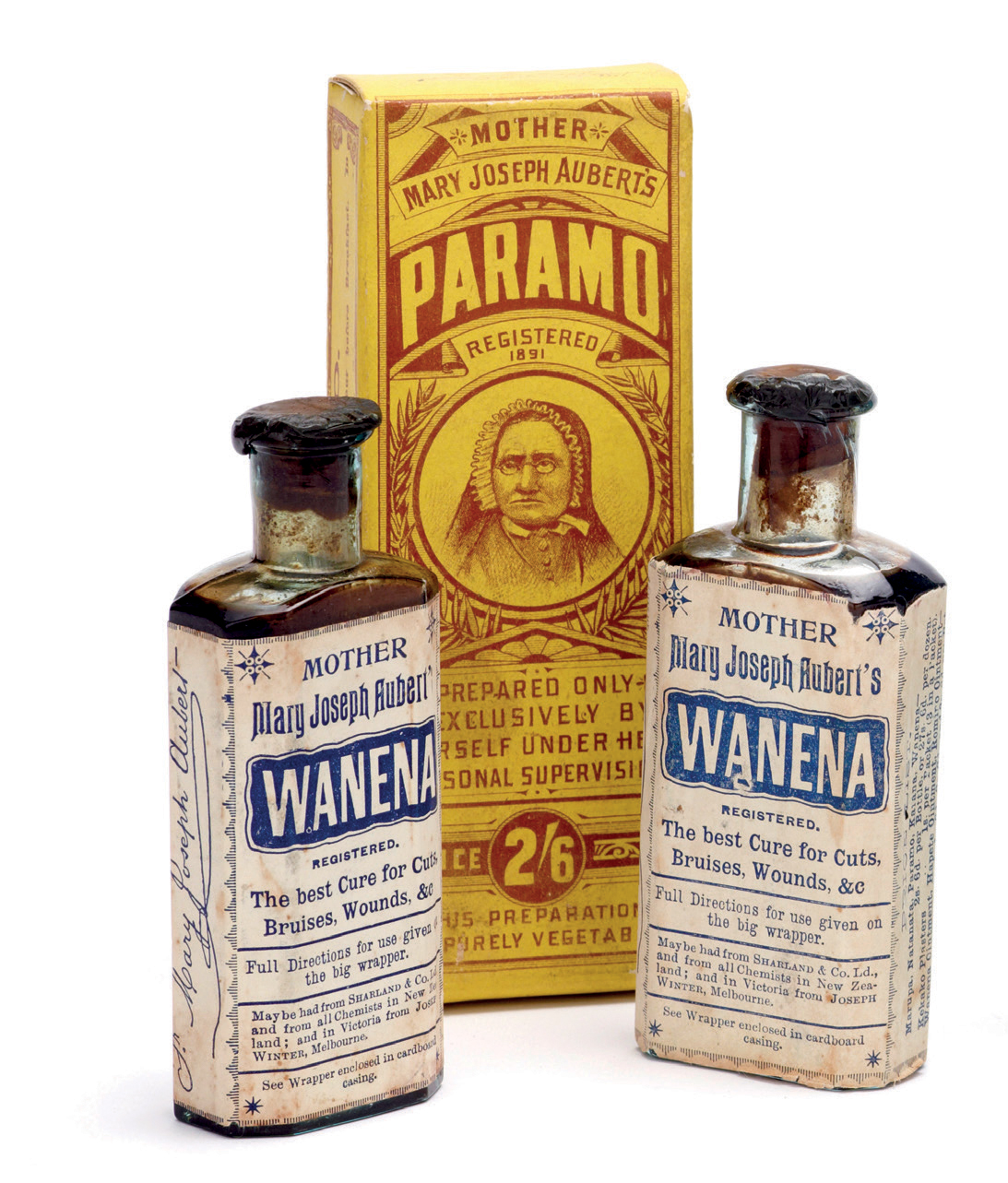 In the late 19th century, the Bible of home cures was The New Zealand Family Herb Doctor, published in 1889. For asthma, spasmodic coughs, neuralgia and menstrual cramps, the remedy was Indian hemp. It could be smoked or taken in a tincture.

What was called ‘Indian hemp’ in the 19th century wasn’t hemp, but cannabis. (Both are cultivars of the same plant species, Cannabis sativa, but hemp has no psychoactive properties.)

Cannabis has been illegal in New Zealand for the past 90 years, but before the Dangerous Drugs Act of 1927, it was widely available and cheap. It cost about a shilling an ounce, or in today’s currency, about $6 for 30 grams. It was an ingredient of many patent drugs available at pharmacies—the Family Herb Doctor describes about 80 tinctures featuring narcotics, usually combined with spirits.

One of the earliest cultivators of cannabis in New Zealand was Suzanne Aubert, a French-born nun who founded a home for the disadvantaged at Hiruharama, or Jerusalem, on the Whanganui River. A trained nurse who had studied alongside Florence Nightingale, Mother Aubert was fluent in te reo Māori thanks to her previous work in the Hawke’s Bay, where she’d also become interested in rongoā, or traditional medicine. (Her medical skills were in demand: in 1873, stationed at Meeanee, she treated 1353 people).

In 1888, she used her family inheritance to buy a farm at Hiruharama, thinking her fellow Sisters of Compassion could live off the produce. One of her crops was Indian hemp, and Aubert was known to use it medically (she made a tea to aid the nuns’ menstrual cramps). When she created a line of home remedies for commercial sale, these probably included cannabis. ‘Paramo’ aided digestive complaints, ‘Marupa’ was for respiratory problems, and ‘Wanena’ was a balm for wounds. Income from the tonics became the primary income of the nuns for several years, but after Aubert licensed her recipes to the New Zealand Drug Company for nationwide distribution in 1891, the quality of them seems to have nosedived.

According to legend, Aubert threw the remaining stock into the river and destroyed her recipes. In 1899, she left Hiruharama for Wellington, where she set up a home for disabled people, a medical training school for nuns, an orphanage, a creche for the children of working mothers, and a soup kitchen, which is still running today.