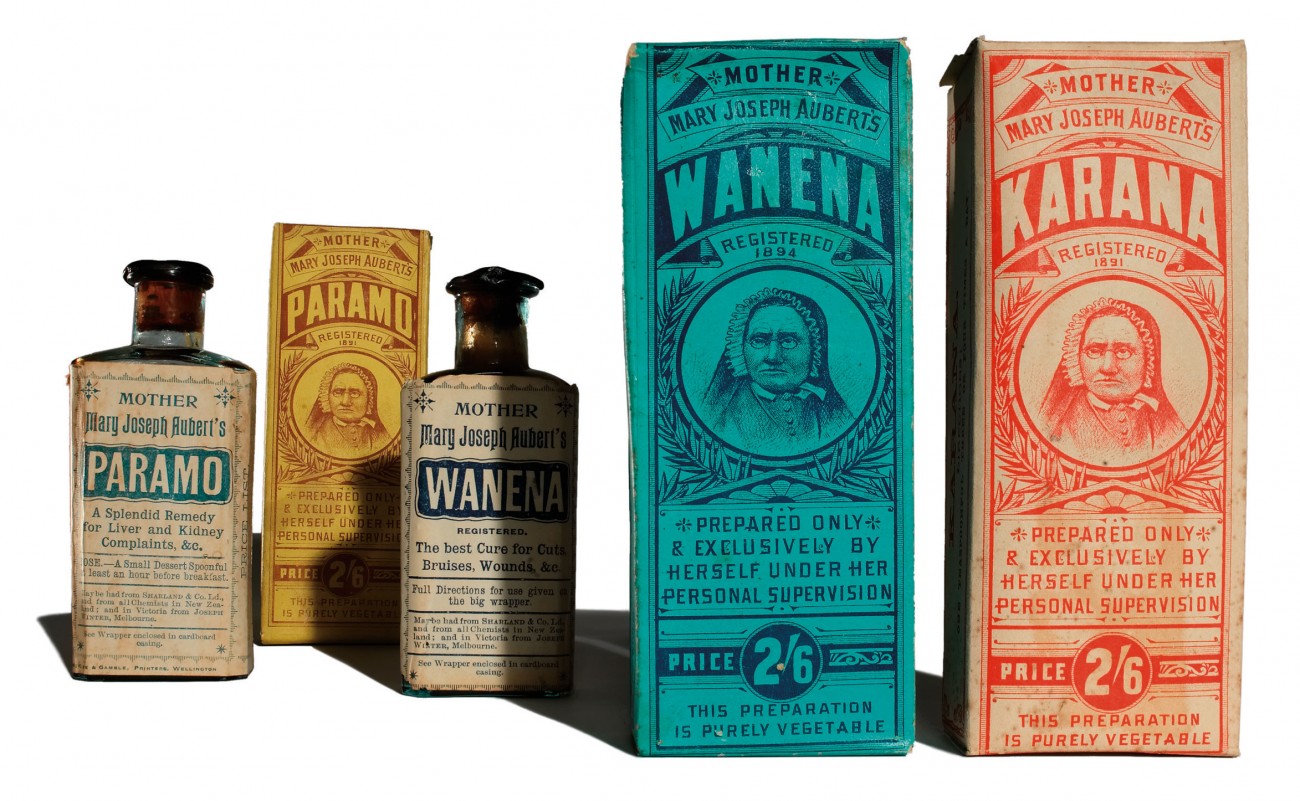 Suzanne Aubert, also known as Mother Mary Joseph Aubert, was one of the country’s most eminent nuns and founder in 1892 of the Daughters of Our Lady of Compas­sion on the Whanganui River. She was also a teacher, nurse, author, translator, farmer, reputable bonesetter and celebrity herbalist. It’s quite likely she medically trained in France, where she worked as a volunteer nurse with the Sisters of Mercy, but she was mostly self-educated, combining Europe­an botany and chemistry with knowledge gained from local tohunga rongoa, or healing specialists.

She was often seen out early in the morning with Maori companions gathering herbs, leaves, bark and roots, strid­ing over hills and through swamps, a red petticoat flashing beneath her long skirt. Timing was important, as evidenced in a treatment for asthma: “gather the snails while the dew is still on the plants in the morning; crush and put equal parts of vinegar and water; stand twenty-four hours, drain off liquid and drink.”

Aubert first developed a reputation as a healer in the 1860s and 1870s when she was in Hawke’s Bay, where she dispensed her medicines—which she always called rongoa—for free. It was only in the 1880s, at Jerusalem, that her treatments were developed and marketed as commercial products—Paramo, for the liver and kidneys, Natanata for disgruntled digestive systems, Wanena for cuts and bruises. They were locally pro­duced, the money went back to the mission, they didn’t con­tain any of the powerful narcotics used in many medicinal compounds at the time, and, unsurprisingly, New Zealanders took to them with enthusiasm.

There were several reasons behind Aubert’s decision to eventually give up the medicinal business, the most significant being the passing of the Quackery Prevention Act in 1908.

After that, the British Medical Association and its New Zealand associates wouldn’t have anything to do with pat­ent medicines. Aubert, who prided herself on her medi­cal knowledge and her professionalism, must have been deeply offended.

She is said to have returned her medicines to the river, and none of her recipes, which she always carefully guarded, remain. According to Jessie Munro’s biography, Maori who had been involved in both the development and use of the medicines saw Aubert as “not so much a mystical healer but as a skilful doctor who used, respected and added to the knowledge of the vegetation they knew, and brought to her cures and to her nursing all the power of her own faith and prayer”.