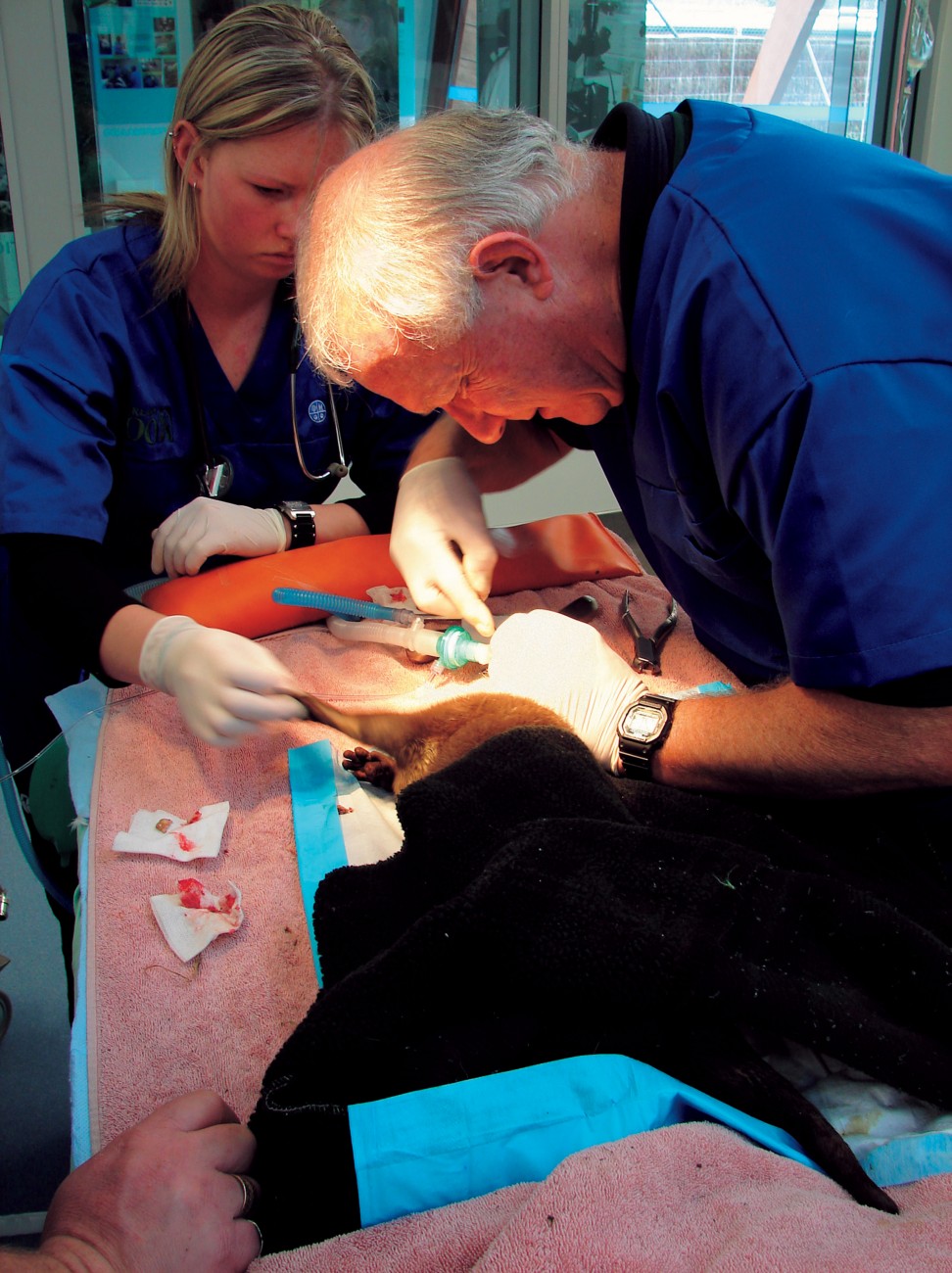 An otter with a serious toothache mews plaintively on the operat­ing table. No one likes a trip to the dentist, including this mustelid. But while it may sense the impending tooth extraction needed to relieve its pain, what it does not know is that it is one of the first patients to be treated in the Auckland Zoo’s new state-of-the-art facility for conserva­tion medicine.

The 32-room, $4.6 million New Zealand Centre for Conservation Medicine (NZCCM) is the first of its kind here, and the first nationally-dedicated centre of its type any­where in the world.

An operating theatre, labora­tory, isolation wards and quarantine unit are among its host of facilities, although staff are at pains to point out that the new centre is not just an expanded animal hospital. As project leader and senior zoo veterinarian Dr Richard Jakob-Hoff explains, the centre is also a commitment to the relatively new but expanding field of conservation medicine.

Conservation medicine focuses on the intersection of the environ­ment, human and non-human hosts, and pathogens. It has developed from a crisis: unprecedented levels of disease and ill-health in many species, driven by the increasing burden of anthropogenic environ­mental change. Diseases are deplet­ing animal stocks locally, as well as affecting humans (eg HIV, Nipah and Hendra virus outbreaks). Climate change, chemical pollution, global trade, domestic animals, encroach­ment into wilderness areas, and the overuse of antibiotics are some of the mechanisms through which humans are rapidly altering hostparasite ecology worldwide.

“We need to start recognising we are a part of nature, and what we do to nature, nature will do to us, and that can be both negative and positive.”

Avian influenza is a case in point. The transmission of bird flu to domestic poultry has seen the dis­ease move to cats and humans, at a cost not only to animal and human life, but to the vast Asian poultry industry. It is feared that the disease may yet mutate to allow person­-to-person transmission, potentially causing a pandemic. With issues like this, centres such as the NZCCM may be able to help. By working across disciplines and organisations they can research and share knowledge of human, ani­mal and environmental health and health threats.

To date, the zoo has cooperated with the Department of Conserva­tion and Biosecurity New Zealand in areas such as disease surveil­lance, and also works with tertiary institutions, the public health sector and community groups.

“We work with people who have many different areas of expertise, and if we pool that expertise we sud­denly start to stimulate new thinking and new insights that you wouldn’t have got otherwise,” he says.

The vision for the centre has grown in part from the zoo’s increas­ing role in native species conserva­tion programmes. When animals were bred at the zoo for release into the wild, questions were raised about what diseases the animals could have come into contact with, their susceptibility, and whether they might spread new microbes back into the wild.

In response, the zoo set about gathering baseline data to establish normal health parameters—a prac­tice which remains at the core of the centre’s goals.

The zoo’s expertise in wildlife conservation has also been trans­ferred to both local and overseas personnel. Recently, a Seychelles-based vet visited the NZCCM to be schooled in field diagnostic sampling techniques for the Seychelles’ en­dangered white-eye. Within days of returning home the vet was using her new skills in the field and had found a blood parasite that had not been identified before.

Accessibility to knowledge also extends to the public. Visitors to the zoo are literally given a window into the activities normally carried out behind closed doors via wall-to-ceil­ing glass between the public viewing gallery and the hospital, allowing visitors to watch animal examina­tions and operations.

Interactive displays also feature in the gallery, inviting visitors to delve into drawers containing zoo hospital delights ranging from giraffe faeces to polar bear parasites. The crown jewels of the display are perhaps the instantly fascinating testes from Fudge the castrated hippo, which, by the way, are packed in a very large jar.

However, the visitors’ gallery is not just about spectacle.

“I hope they share a bit of the excitement. I hope that they under­stand a little bit more about what’s involved in working with wildlife… the whole importance of taking a holistic approach in conservation management,” says Jakob-Hoff.

For the zoo, the centre is a major achievement, a place within which to expand research capabilities and foster knowledge and awareness in the overlapping fields of animal, hu­man and environmental health. And, while the centre is just a fragment of the global effort required, it is hoped it will play a significant and valuable role in conservation medicine for both native and more exotic species. Good news too for those like the little otter with toothache, who is now short of a few molars but a whole lot happier.