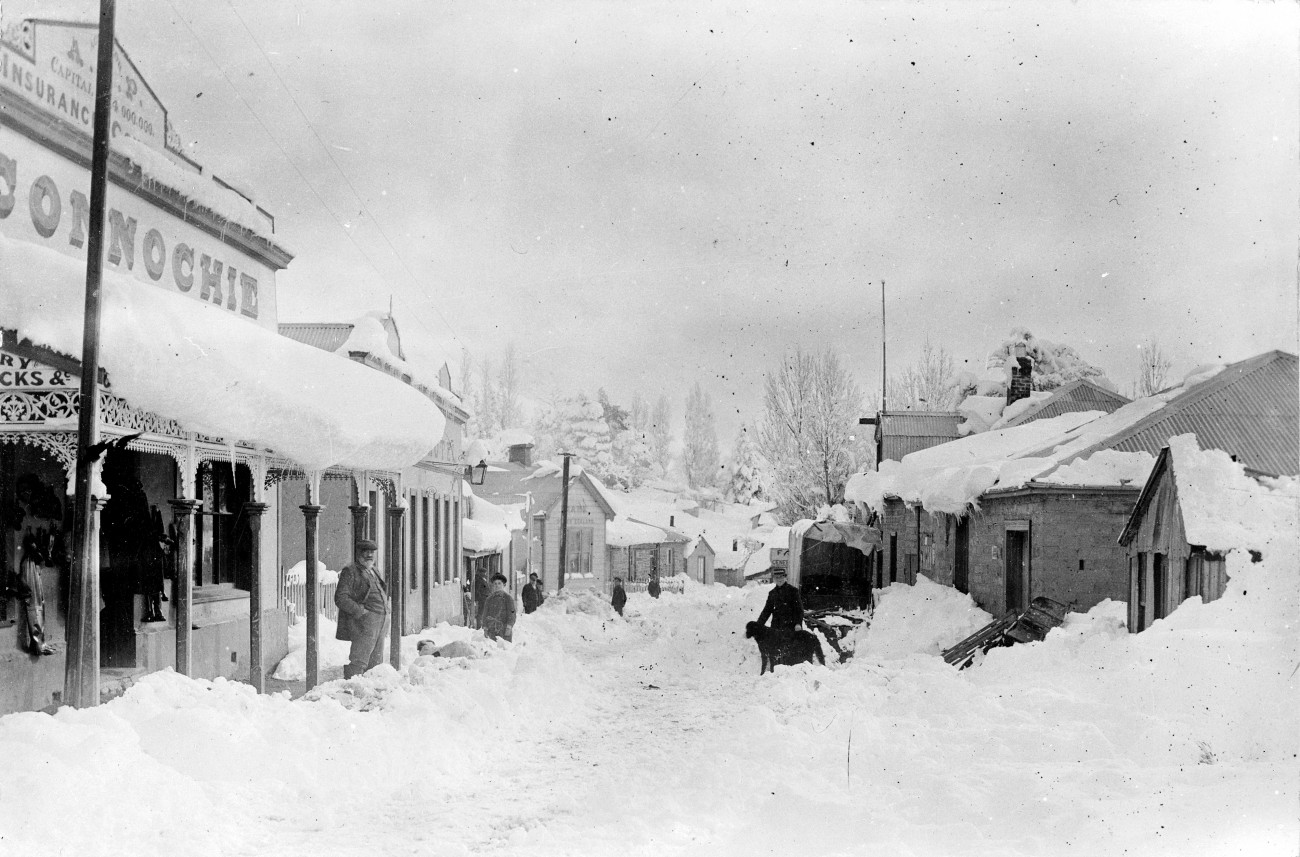 For several decades, we thought the coldest temperature ever recorded in New Zealand was minus 21.6ºC at Ophir, Central Otago, on the frosty morning of July 3, 1995. However, a few years ago, climatologists at the National Institute of Water and Atmospheric research (NIWA) found a much colder temperature of minus 25.6ºC while digitising old paper records, recorded at Eweburn (now Ranfurly) on the morning of July 17, 1903.

It is possible this had been missed because no one had ever looked at the paper record before. When it was sent in, the Meteorological Department of the Colonial Museum consisted of a single teenage clerk. A year later, the Reverend Daniel Bates was appointed as a temporary clerk to help process the climatological records, but he struggled to catch up with the backlog.

To have the record accepted by the World Meteorological Organization (WMO) as the coldest ever in Oceania, NIWA’s Gregor Macara prepared a report summarising the evidence. Using old newspapers, he was able to show the sequence of weather leading up to the coldest temperature, as well as the fact that the temperature was reported in newspapers at the time.

A cold southerly brought heavy snow followed by clear skies, light winds and intense frosts. The top of the snow layer became much colder than the relatively warm earth, which could no longer heat the air because of the insulating layer of snow. Other places, such as Gladbrooke Station—near Middlemarch—had temperatures almost as cold as Ranfurly, and there was extensive disruption of transport. The railway’s water tanks froze at Middlemarch, preventing engines taking on the water essential to their operation.

A train travelling from Timaru to Fairlie had increasing trouble gripping the icy rails the further inland it went. Carriages were left behind at successive stations until only the engine was left. The male passengers perched on top of the coal in the tender while the women crowded into the cab with the driver and firemen.

Still they could not reach Fairlie and had to backtrack to the last carriage and spend the night huddled under chaff sacks while the moisture in their breath formed hoar frost on the inside of the carriage.

Everywhere, the snow was compared with extreme falls experienced in 1895. In some places it was deeper, in others not. But in 1903, there was little wind, so deep drifts failed to form. Also, in 1895 the snow started earlier and lasted longer, with repeated heavy falls. In May 1895, heavy snow fell in Otago and Southland, breaking telegraph lines in hundreds of places. Arrowtown was cut off, and higher in the hills at Macetown, avalanches smashed in the walls of some houses and pushed others into a creek.

Heavy snow spread to Canterbury in June, followed by severe frost, which turned the snow surface to hard ice. Inland areas typically had one or two metres of snow, but drifts were 10 metres deep in places. Travel became almost impossible. When tracks were cleared through Porters Pass and Burkes Pass, drifting snow quickly filled them in again.

Two men got through Burkes Pass on horseback but their horses grew icicles 15 centimetres long from their nostrils. Some travellers died of exposure and many more were frostbitten. The mailman driving his trap from Ophir to Ida Valley froze to death and fell from his seat. The Hakataramea River froze solid and blocks of ice floating down the Waitaki River formed a temporary dam near Kurow.

A creek north of Kurow froze where it ran across the flat road surface. As more water flowed down over the ice, it too froze, until a barrier of ice a metre and a half high blocked the road. Potatoes, onions, oranges and apples froze as hard as stones, eggs burst and meat had to be cut with an axe, though it tended to splinter.

Across the river from Kurow, at Sandhurst (now Hakataramea), bottles of mineral water froze in the store. The water expanded as it froze, driving the corks out of the bottles until they were perched on columns of ice 25 centimetres long with their tinfoil tops still wired to them. In Lyttelton, sea ice a centimetre thick formed over the inner harbour, something not seen before.

Further heavy snowfalls occurred in July and August. In coastal areas, the snow melted between falls, but inland places such as the Mackenzie Basin had continuous snow cover for months. Freezing fog in the valleys deposited almost as much ice on trees and buildings as the snow had. Dogs froze in kennels, birds fell dead from trees and rabbits died in their thousands.

Almost a million sheep died. Richard Seddon’s government, usually no friend to the large run-holders, recognised the gravity of the crisis by granting £250,000 worth of tax and rent relief to those affected—equivalent to more than $46 million today.

Among the few to benefit from the snow were gold-miners working the Shotover and Clutha rivers. Water levels dropped so low that shingle banks never before touched came within reach. For a time, one pair of miners found more than £100 worth of gold each week—equivalent to more than $18,000 today.

Fears of catastrophic flooding similar to that in 1878 (see New Zealand Geographic issue 124)
were not realised as the snow melted slowly. Nevertheless, floodwaters carried away the bridge over the Manuherikia River at Alexandra.

On the higher sheep-runs, stock numbers were never allowed to return to pre-storm levels. The enduring memory seems to have been how long the snow lay thick upon the ground. This is exemplified by the story from Richmond Station near Lake Tekapo, of linen hung on the washing line in April being buried in snow overnight, and remaining buried for five months.

In April this year, the 1903 temperature of minus 25.6ºC was accepted by the WMO as the coldest on record in Oceania. It is interesting to speculate whether a thermometer in the right place in 1895 may have beaten it.