Poet and raconteur Gary McCormick was in Westland in January filming a travel programme for TVNZ. Minutes before he and his film crew drove down the Lake Brunner road, a slip brought down tons of rock, earth and trees, blocking their path. When they reversed back up the road they found a second slip and a torrent of water blocking their retreat. They went forward again, only to be checked by another new slip in front of them.

Eventually, after the rain eased off, the torrent running through the second slip subsided, and they were able to ford it safely, even though rocks were still rolling down the slope. The vehicles had to be abandoned for several days.

Heavy rain contributes to slips in a number of ways. The extra weight of the water in the saturated ground increases the risk of the earth moving, and the runoff of the rain-water carries away soil, gradually undermining a hillside. But, most of all, it is the water’s ability to act as a lubricant along any cracks or weaknesses in the underlying rock that leads to slips.

Slips are not the only danger from heavy rain. The April 1991 flood in the Wairarapa showed how quickly the water can rise when a large area of hills drains into one valley.

So fast did it rise that water was coming through the door of the Tinui Hotel within a few minutes of a bet being made that it would never get there. Heifers in a paddock with high ground available were unable to reach it before being carried away and drowned. A sheeptruck was engulfed by the floodwaters surging over a stop-bank. The driver survived the night by climbing on the cab-roof. All the sheep on the bottom deck were drowned.

At Alfredton the Collins family were lifted from the roof of their house in the middle of the night by a helicopter. The pilot was guided to the house by neighbours lighting a faint broken path through the darkness with car and truck headlights.

The Canning family of Tinui also had a terrifying night. John Canning went down to his woolshed about 6pm to release his horse and dogs so they could reach higher ground. He then swam to his neighbours, holding on to a fenceline, in order to release their dogs. When he returned to his property he was trapped in the woolshed, where he spent the night in a bag of dags and crutchings to keep warm. Meanwhile his wife and children, along with the neighbours and their children, escaped through a window of the house and waded through the dark to higher ground, finally finding shelter in an old goat shed a mile away.

As well as stock losses, many farm buildings were destroyed, roads were blocked by slips and bridges were destroyed. The cost of restoring the farms was estimated at $5 million.

The cause of the rain was a depression developing just east of Gisborne on a front that had crossed the North Island. As the depression deepened, an anticyclone spread across the South Island towards the Chatham Islands. Together they caused the southerly airflow over the Wairarapa to change to an easterly. This meant that the wind was now blowing from the sea towards the hills. The air was forced to rise several thousand feet to get over the hills, and this triggered instability that was present in the air, causing it to rise more than 9000 metres.

Air is unstable if, after suffering the cooling involved in rising, it is warmer than the air next to it. Which is to say that hot air rises, but only if it is hot enough. The effect of the hills can perhaps be compared with a running person tripping over a small bump in the pave­ment. Once the foot has made contact with the offending bump, the effects of the trip amplify dramati­cally as each second passes.

When you look into the sky on a clear day it is hard to imagine the power locked up in the invisible water vapour. But an average sized cumulus cloud can contain 1000 tons of liquid water, and a large cumulonimbus is releasing heat due to the change of gaseous water to liquid water at a rate of about 30 million kilowatts. Little wonder that ancient peoples made the storm god the chief of all the gods. 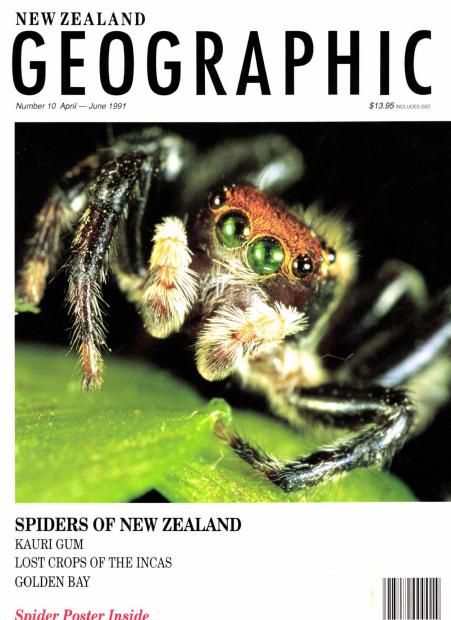