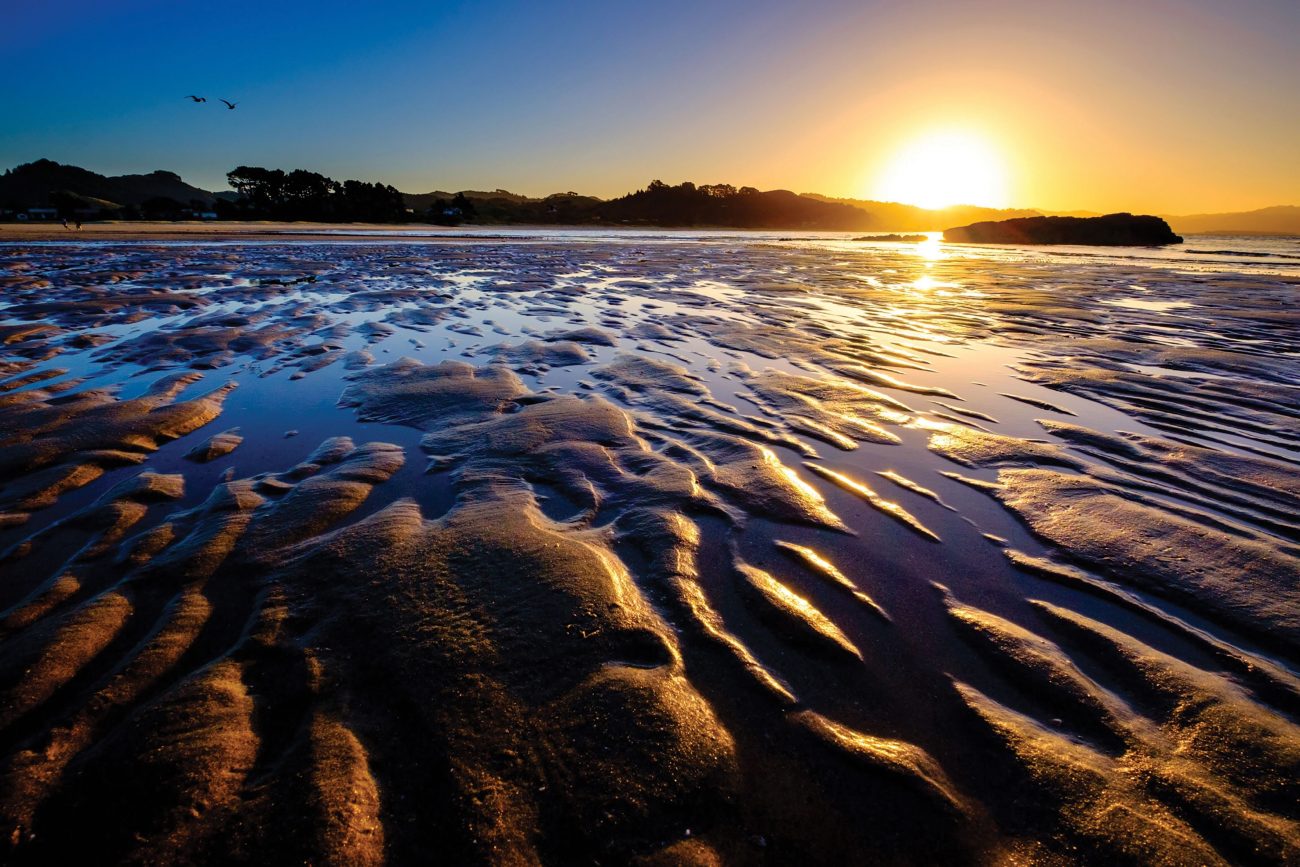 During the summer just gone, which was New Zealand’s warmest on record, our oceans experienced an unprecedented marine heatwave. Across the region, waters were 1.5°C above average, while some coastal areas were up to 6°C higher than normal.

Several factors contributed to the sustained hot weather—which peaked three times, in mid-December, late January, and mid-to-late February. Patterns of high pressure stayed put over the Tasman Sea and New Zealand, while a La Niña continuously brought warm north-easterly winds. The Southern Annular Mode, a patch of low pressure near Antarctica, was in its positive phase, limiting southerly winds and stormy weather. It’s the most unusual warmth on record for the Tasman Sea, says Ben Noll, a meteorologist at NIWA.

“At one point it represented some of the most unusually warm waters in the world,” he says. “It doesn’t mean that marine heatwaves will become a Kiwi summer fixture. In fact, the chance for such a set of climate circumstances to come together again in the near future is quite low.”

While this particular alignment of weather events is rare, around the world, the number, length and intensity of marine heatwaves are increasing. According to a study published in Nature Communications in April, there was a 54 per cent increase in the number of marine heatwave days per year between 1925 and 2016. The frequency of heatwaves had increased by 34 per cent and their length by 17 per cent.

To determine this, researchers combined satellite data with century-long datasets collected by ships and measuring stations. Then they removed natural fluctuations in weather, such as the influences of the El Niño Southern Oscillation (ENSO), the Pacific Decadal Oscillation and the Atlantic Multidecadal Oscillation.

Marine heatwaves can disrupt the balance of ecosystems—and even when temperatures return to normal, changes remain. A heatwave in Western Australia in 2011 shifted ecosystems dominated by kelp to those dominated by seaweed, and the switch remained after the weather cooled. Heatwaves in the northern Pacific from 2014-2016 led to algal blooms, fishery closures, strandings of marine mammals, and changes to typical weather patterns in the Pacific Northwest.

Now that scientists have determined the frequency of oceanic temperature shifts, “the next key stage for our research is to quantify exactly how much they may change”, says co-author Neil Holbrook from the University of Tasmania.