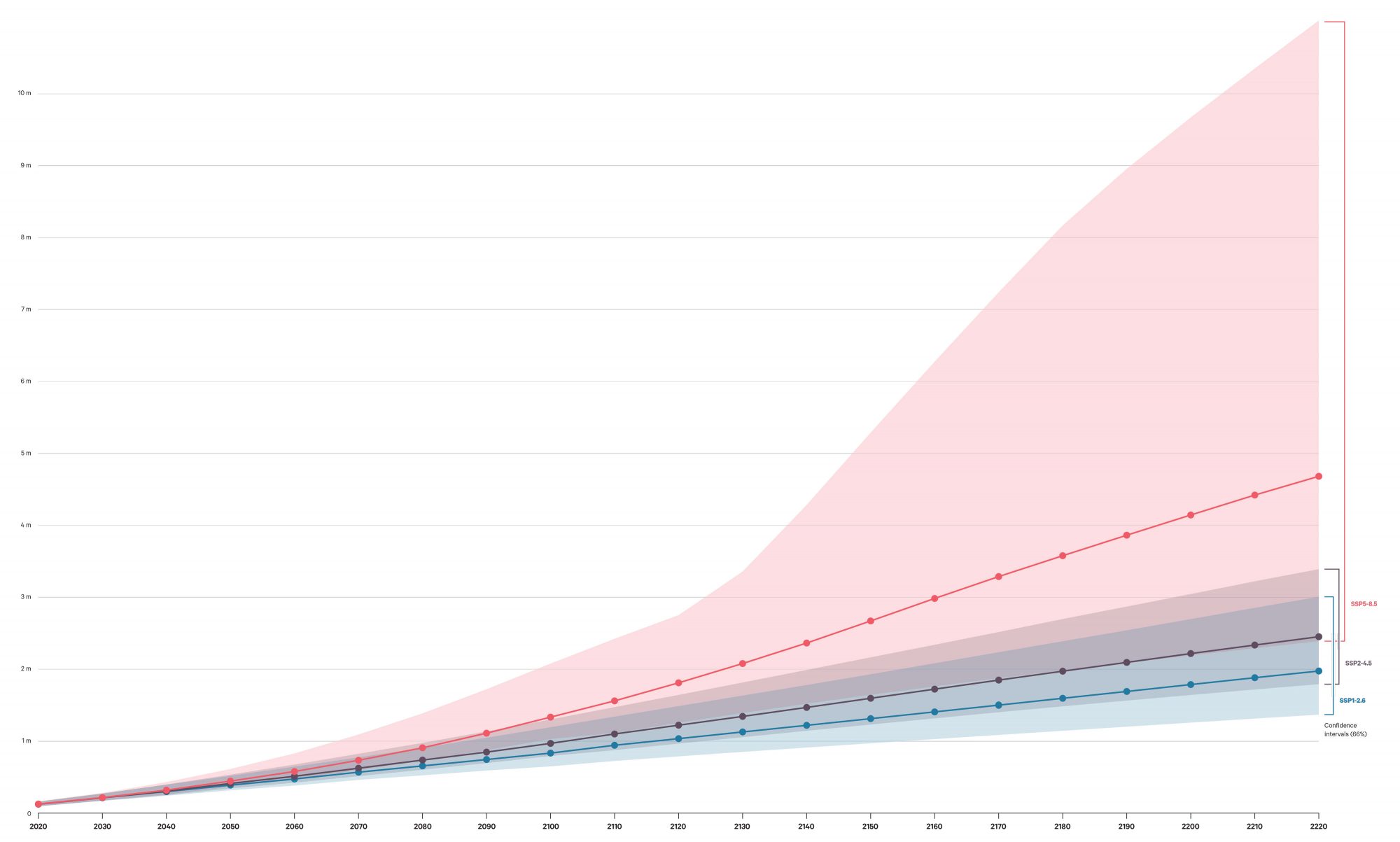 Of all the impacts wrought by a changing climate, the continued rise of the oceans is inevitable. But it’s not uniform and won’t affect all parts of the coast in the same way. Already, it seems that some coastal communities bear the brunt of extreme weather coming in from the sea, wrecking homes, tearing up roads and threatening to erode urupā.

Some places are more vulnerable because the sea is rising but the coast is sinking, amplifying the local impact of an encroaching ocean. “New Zealand is on a plate boundary and the coast is going up and down,” says palaeoclimatologist Richard Levy. “Downward land movement accelerates the rate of sea-level rise.”

Levy and his Victoria University of Wellington colleague Tim Naish are the co-leaders of NZSeaRise, a multi-year research project which has produced the first-ever map showing how vertical land movement in Aotearoa changes local sea levels. The calculations are based on satellite data and New Zealand’s network of GPS stations, and it’s the first time any country has attempted to map vertical land movement in a systematic way and at a high resolution. The result is a set of bespoke sea-level projections for every two-kilometre stretch of our 15,000 kilometres of coastline.

If cities and coastal communities are to adapt to rising seas, says Levy, they need location-specific information that incorporates how fast land is sinking or lifting, and therefore either augmenting or ameliorating local sea-level rise.

Tidal gauges at New Zealand’s main ports show the ocean is already lapping at the coast about 20 centimetres higher than during the 1900s. By the end of this century, sea levels will be at least half a metre higher on average—and that’s in the best-case scenario, in which the world manages to cut greenhouse-gas emissions quickly enough to keep warming below 2°C above pre-industrial levels. The door to this scenario is rapidly closing.

There are three main climate-related factors driving sea-level rise: the expansion of seawater as it warms, an accelerating inflow of meltwater from ice sheets and glaciers, and a global seesaw effect that means melting at one pole raises sea levels in the opposite hemisphere. (In other words, Antarctic meltwater affects the northern hemisphere, while the impacts of Arctic meltwater are seen here.)

These climate factors don’t play out equally across the world. Northern parts of Aotearoa can expect ten more centimetres of sea-level rise than in the south, but in a country shaped by tectonic forces, the biggest influence on local sea levels is actually whether land moves up or down. The NZSeaRise dataset shows that most parts of New Zealand’s coastline are sinking—by up to eight millimetres per year in south Wairarapa—while some, including the central Bay of Plenty and Fiordland, are rising. Large earthquakes will redraw coastlines suddenly, as they did during the Kaikōura and Christchurch sequences, but such jolts are unpredictable. It’s the slow and gradual land movement between large tectonic ruptures that matters when it comes to preparing for local sea-level rise.

The east coast of the lower North Island is sinking because it straddles a section of the tectonic plate boundary where the Pacific plate slips under the Australian plate, pulling the edge of the land down with it. Further north, where we’ve built cities or created farmland in swampy coastal basins, the natural compaction of the land speeds up when wetlands are drained.

“The Hauraki Plains are a great example of where we’ve sucked water out,” says Levy. Satellite images reveal that wells are sinking at a faster rate than the land around them. “You can actually see circles around some of the groundwater pumps.”

In contrast, the fastest-rising land along the central Bay of Plenty coast, near Pikowai, is lifted by volcanic processes that buoy the Earth’s crust. “This can actually mitigate the sea-level rise that you’ll experience at the coast,” says Levy.

Naish, a glaciologist and climate scientist, says vertical land movement also makes a big difference for coastal cities, including Wellington, Auckland and Napier. In Wellington, for example, the amount of sea-level rise that local infrastructure can handle is relatively small at 30 centimetres. Without land movement, this amount would occur some time between 2060 and 2070, but because the land is sinking, it will likely take place in the 2040s. This means city planners will have to fast-forward adaptation plans—30 centimetres of sea-level rise in Wellington is likely to turn a 100-year flood into an annual event. “It basically halves your time, or doubles your impact,” says Naish.

There’s a lot at risk when it comes to extreme river and coastal flooding: 750,000 New Zealanders, about 500,000 buildings worth more than $145 billion, thousands of kilometres of roads and rail tracks, and 20 airports, according to a recent report by the National Institute of Water and Atmospheric Research (NIWA). The government is preparing a new climate adaptation law—one of three pieces of legislation to replace the Resource Management Act—and a national adaptation plan, and the issue of managed retreat will likely come to the fore when both are released for submissions later this year. Naish says it’s important to understand worst-case scenarios, but planners have been asking for more-robust projections to help them identify earlier time points when climate events cause damage so frequently that a community’s recovery can no longer keep pace—“a trigger point where we have to completely change, from a planning point of view, the way we do things”.

If an angry sea surges against a coastal road or bridge, the decision whether to build a seawall to control the onslaught or whether to move further inland can be difficult, but it’s even more complex when the sea threatens places with deep histories of belonging.

That’s at the heart of Tom FitzGerald’s work. He recently moved from NZSeaRise to join the Northland Regional Council as its manager for climate change, and he welcomes the new projections as a tool for more-robust and nuanced decision-making. Rather than taking a purely risk-based approach, he’d like to see priority given to the most socially vulnerable regions and communities, “recognising where some of the underinvestment has occurred in New Zealand in the past and actually setting about deliberately trying to rectify those things”.

Iain Dawe, a senior natural hazards analyst at Greater Wellington Regional Council, has seen the varied impacts a rising ocean can have on different types of coastline, from storm surges that drive floods further inland on sandy beaches, to the pooling of water on shallow land where it can no longer drain away. He has also experienced the fierce opposition of some coastal homeowners, but expects the site-specific projections will “help people accept that change is happening”.

Decisions on whether to move further inland may be difficult, but they are even more complex when the sea threatens places with deep histories of belonging. The NZSeaRise map includes the locations of marae, and it’s immediately obvious that many are dotted along the coast and rivers. As part of his Waikato University research to understand the risk to coastal marae and urupā, Akuhata Bailey-Winiata (Te Arawa, Ngāti Tūwharetoa, Tūhoe) identified 191 marae that are within one kilometre of the coast. Of those, 30 per cent are less than ten metres above current average sea level and most are within low-lying harbours or bays. The new data will help the most affected communities to start thinking about managed retreat, he says. “It’s a hard conversation to have, not just for Māori but any person who has some form of connection to land.”

Bailey-Winiata’s research shows that if retreat happens without planning—after all else fails—the outcomes tend to be worse. He draws hope from stories about hapū relocating marae in the past, either to protect them from natural hazards or to evade conflict. “We can draw strength from those stories to know that our tūpuna were resilient and adaptable,” he says. “Our ancestors did this and we can do it again if we have to.” 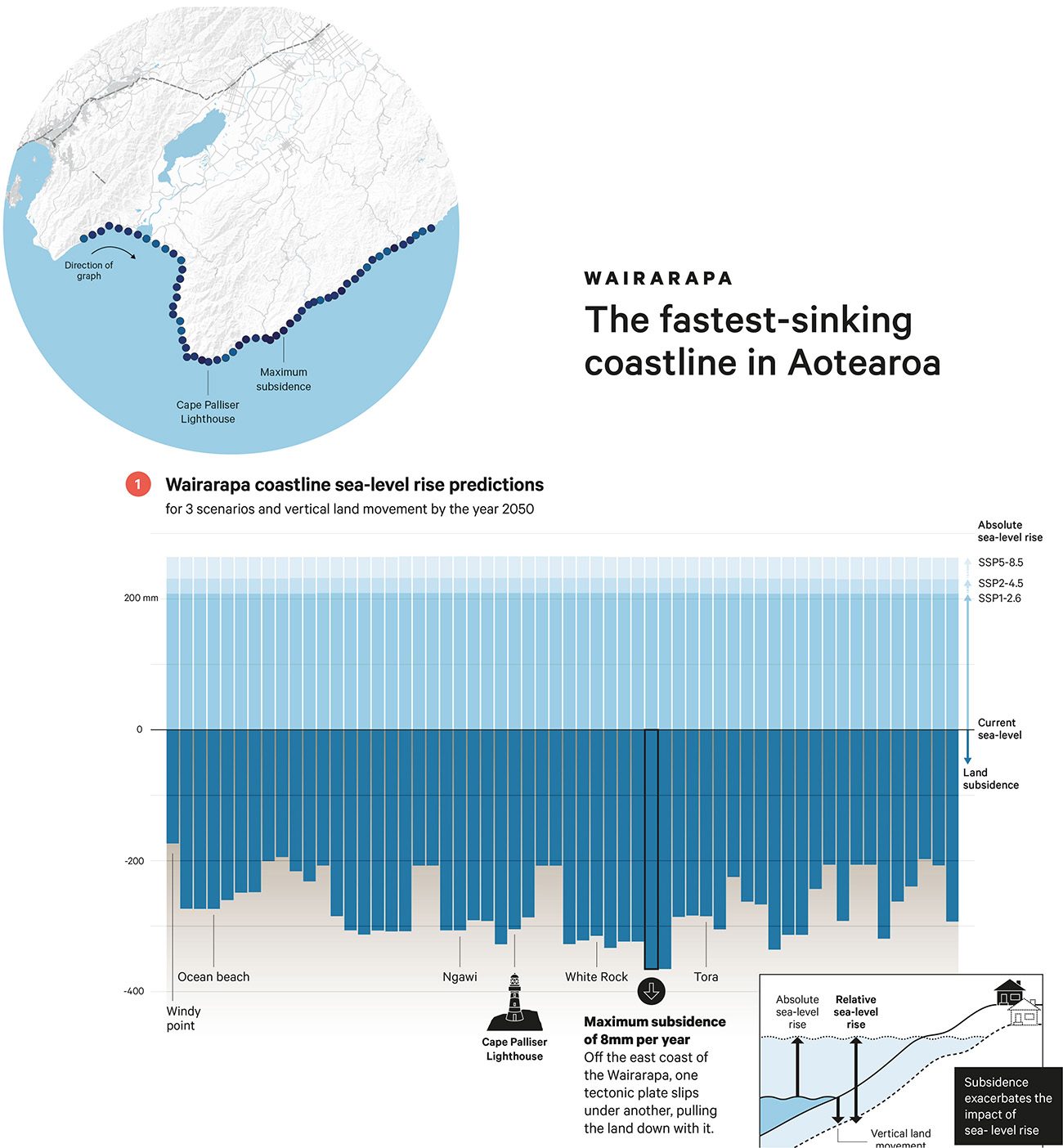 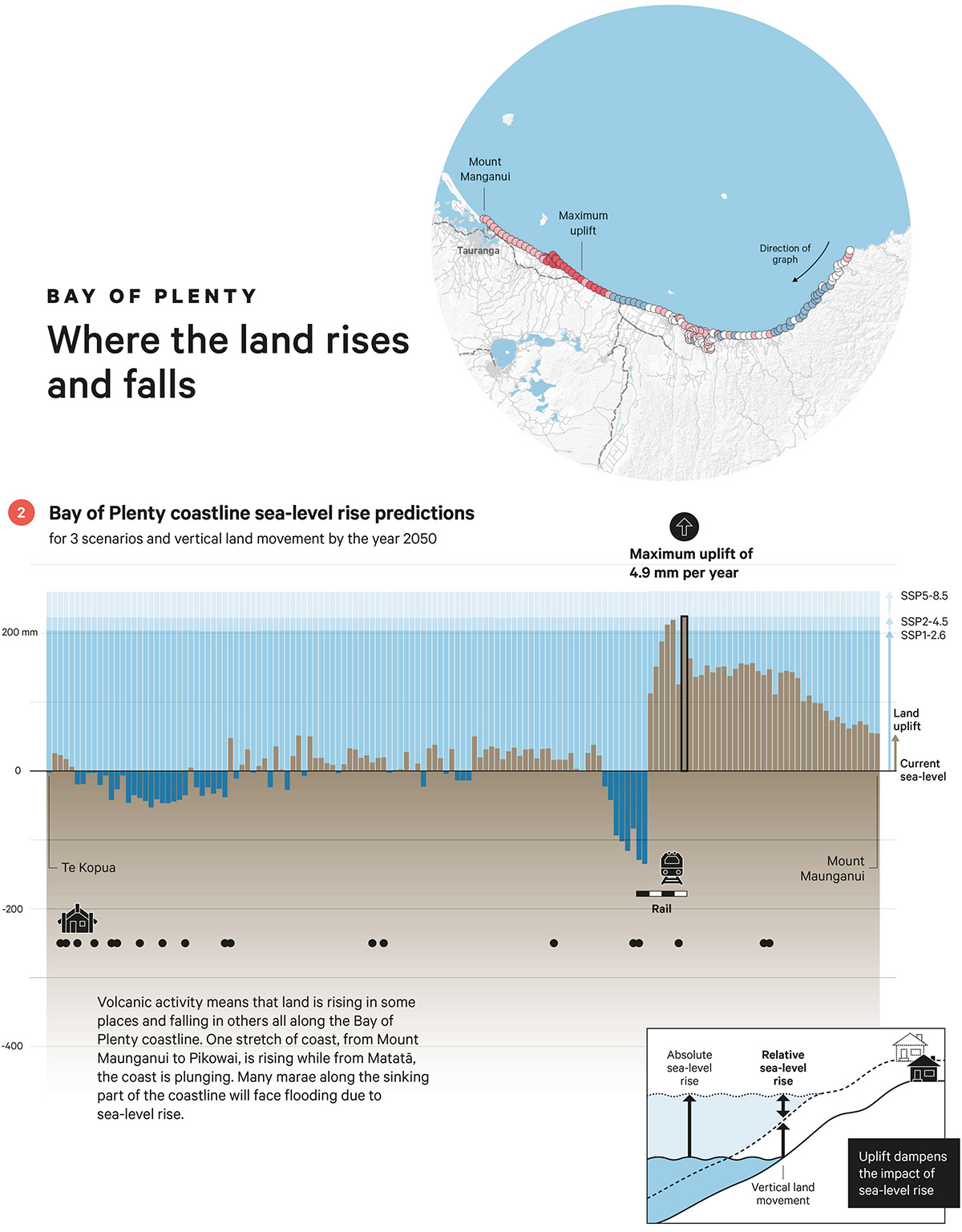 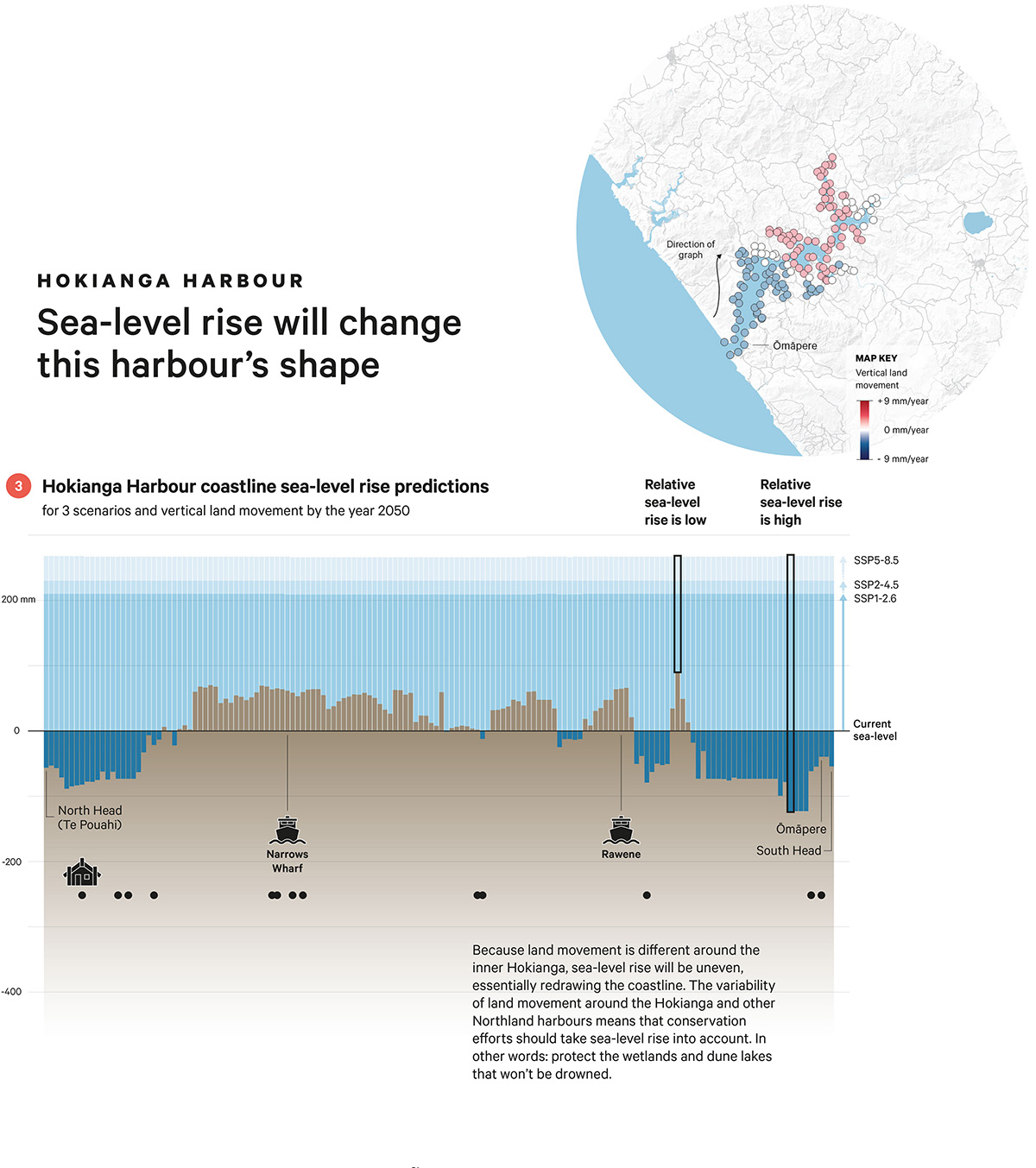 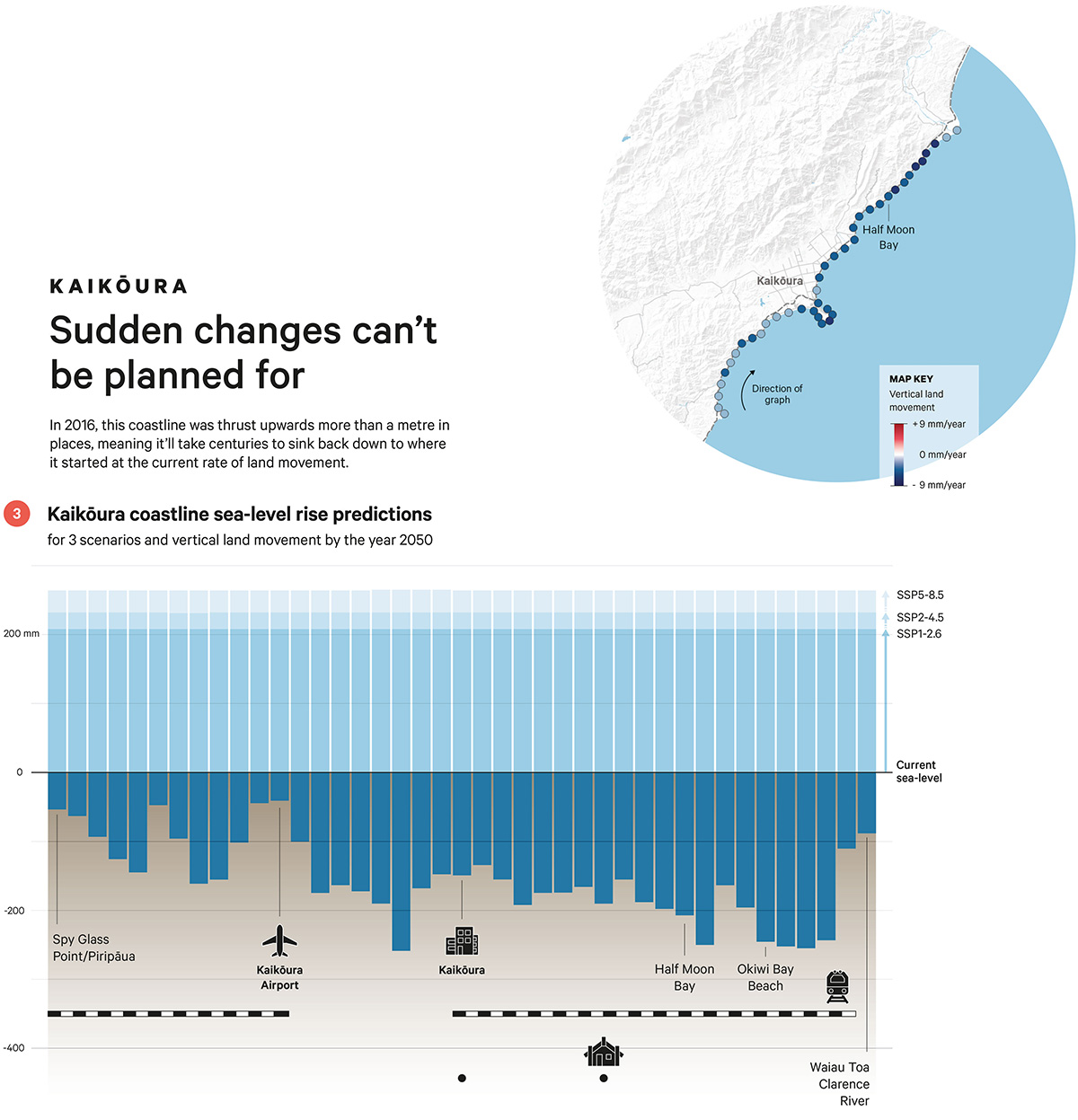 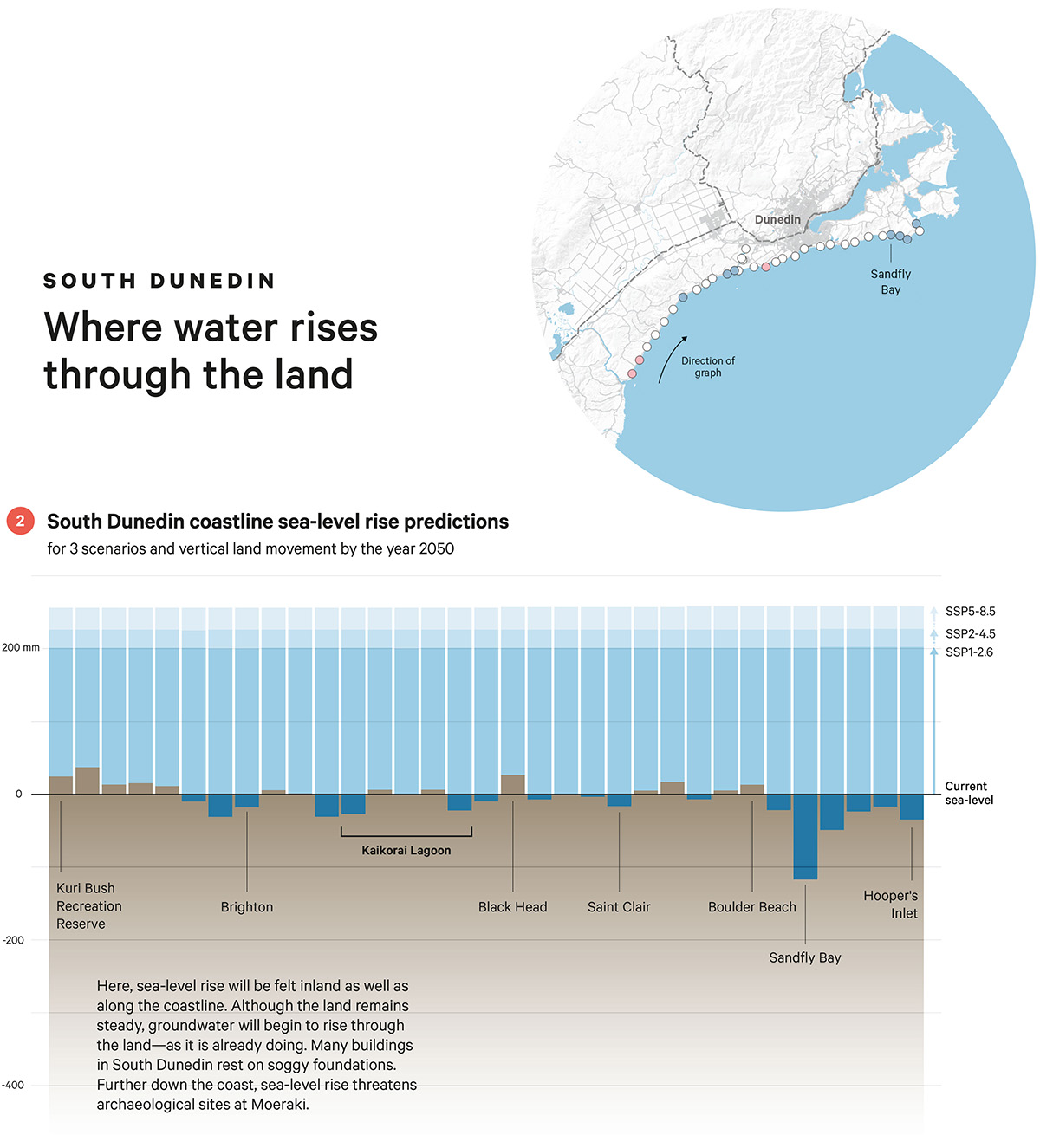 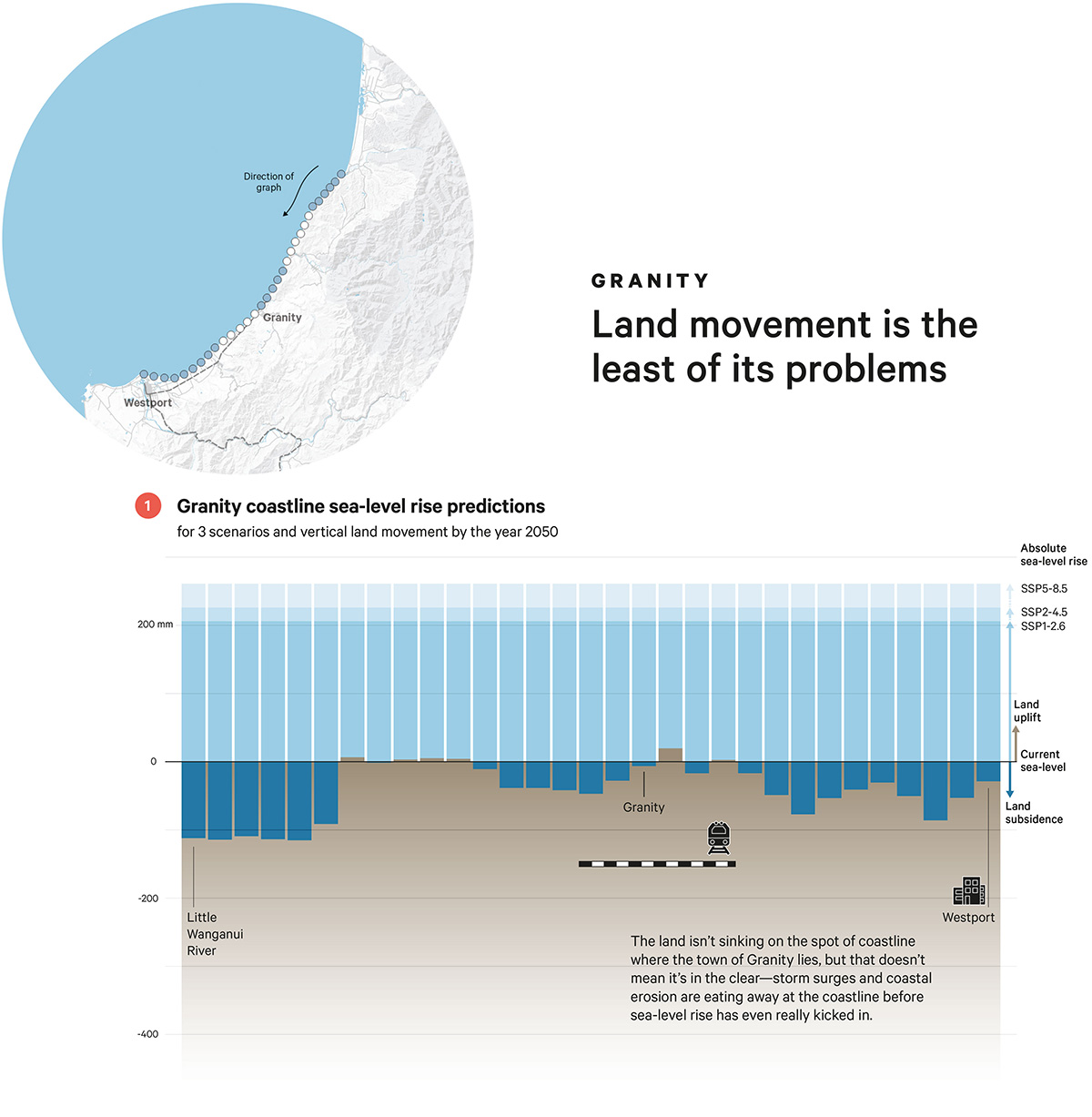 What would you do with a million hectares?