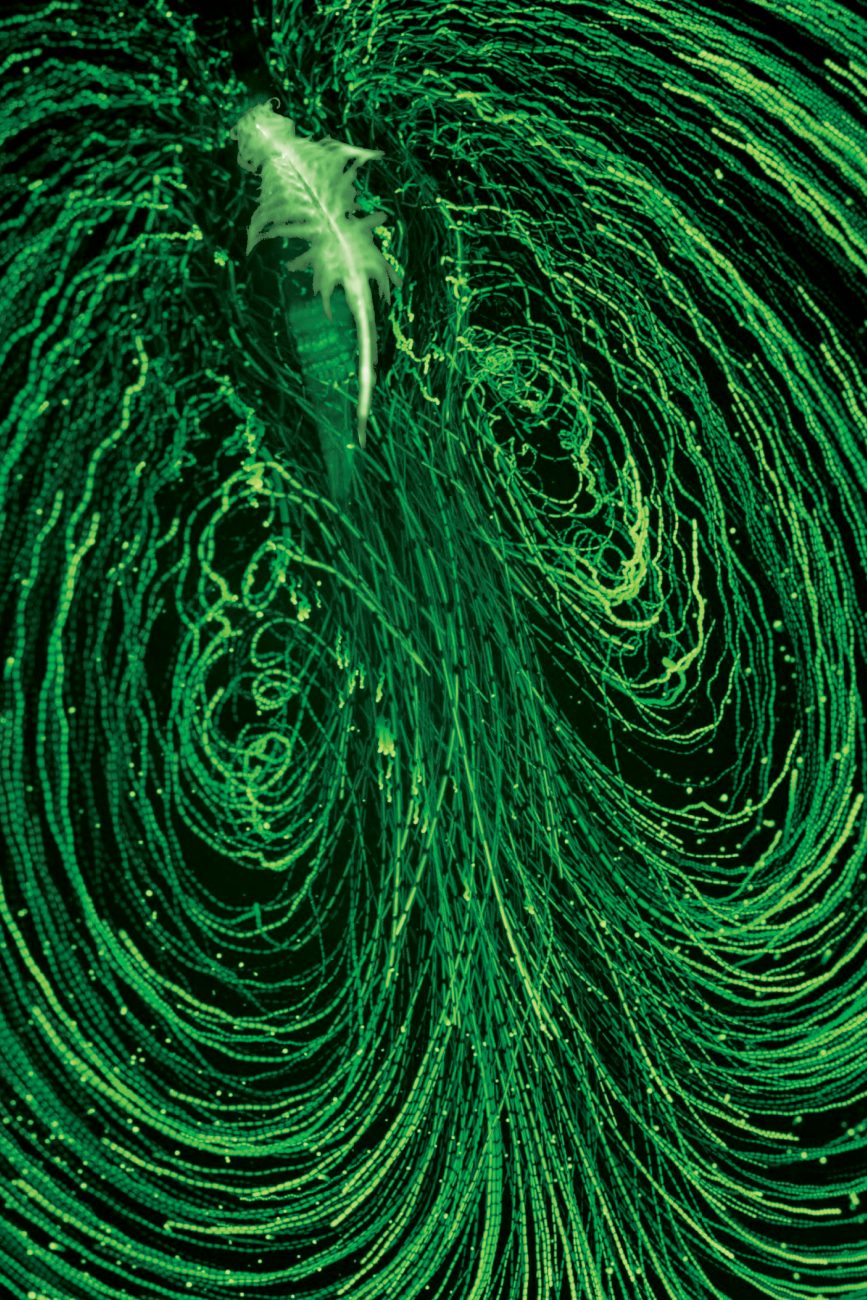 A one-centimetre-long shrimp can’t create an ocean current when it swims, but en masse, these tiny creatures could be contributing to ocean mixing.

A Stanford University study published in Nature watched brine shrimp, Artemia salina, as they swam in a tank. When they swim upwards, as a band just 50 centimetres deep, their wake mixes the water 1000 times more than it would mix naturally.

Ocean krill are five times the length of brine shrimp, and twice a day they vertically swim hundreds of metres as a group in a band tens of metres deep—which the authors say means the krills’ downward jets could have a collective effect on ocean mixing.