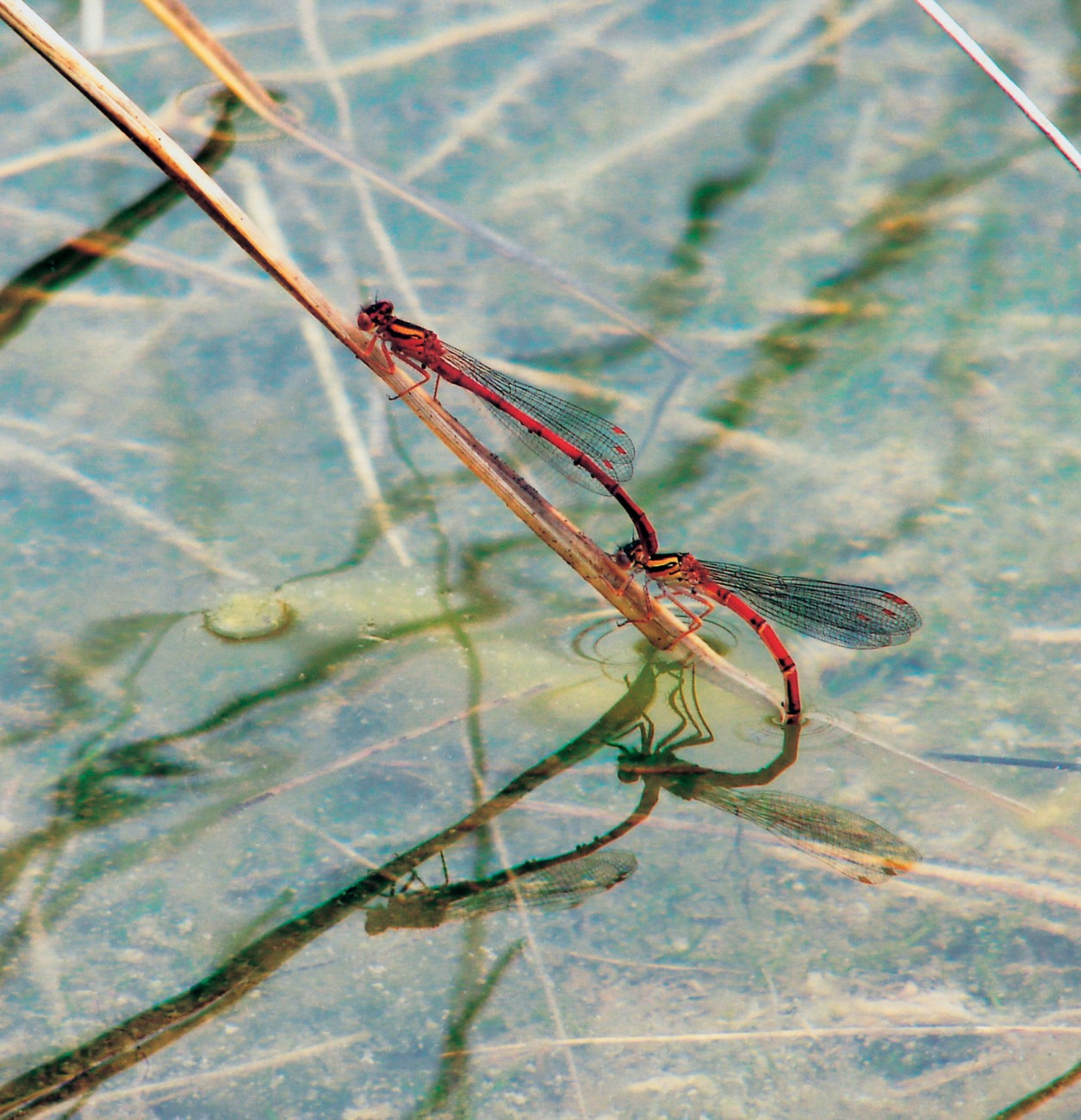 On January 4, 2007, while visiting tarns at Car­rol Hut in the Kelly Range, Arthurs Pass Nation­al Park, Dr John Flux noticed a pair of redcoat damselflies (Xanthocnemis sinclairi) apparently mating and preparing for egg-laying. He was able to photograph the whole process.

The pair backed down a stem into the water, the female first, and once both were submerged, she began to lay eggs with her abdomen bent round beneath her thorax. After remaining sub­merged for 11 minutes, the pair surfaced but the male was unable to get an adequate grip on the new stalk they were on.

After trying to climb it unsuccessfully for four minutes, they taxied—using their front wings­ half a metre across the surface to a third stem they were able to ascend. In all they spent 21 minutes in the water. Bubbles of air trapped against their bodies supplied oxygen while they were immersed.