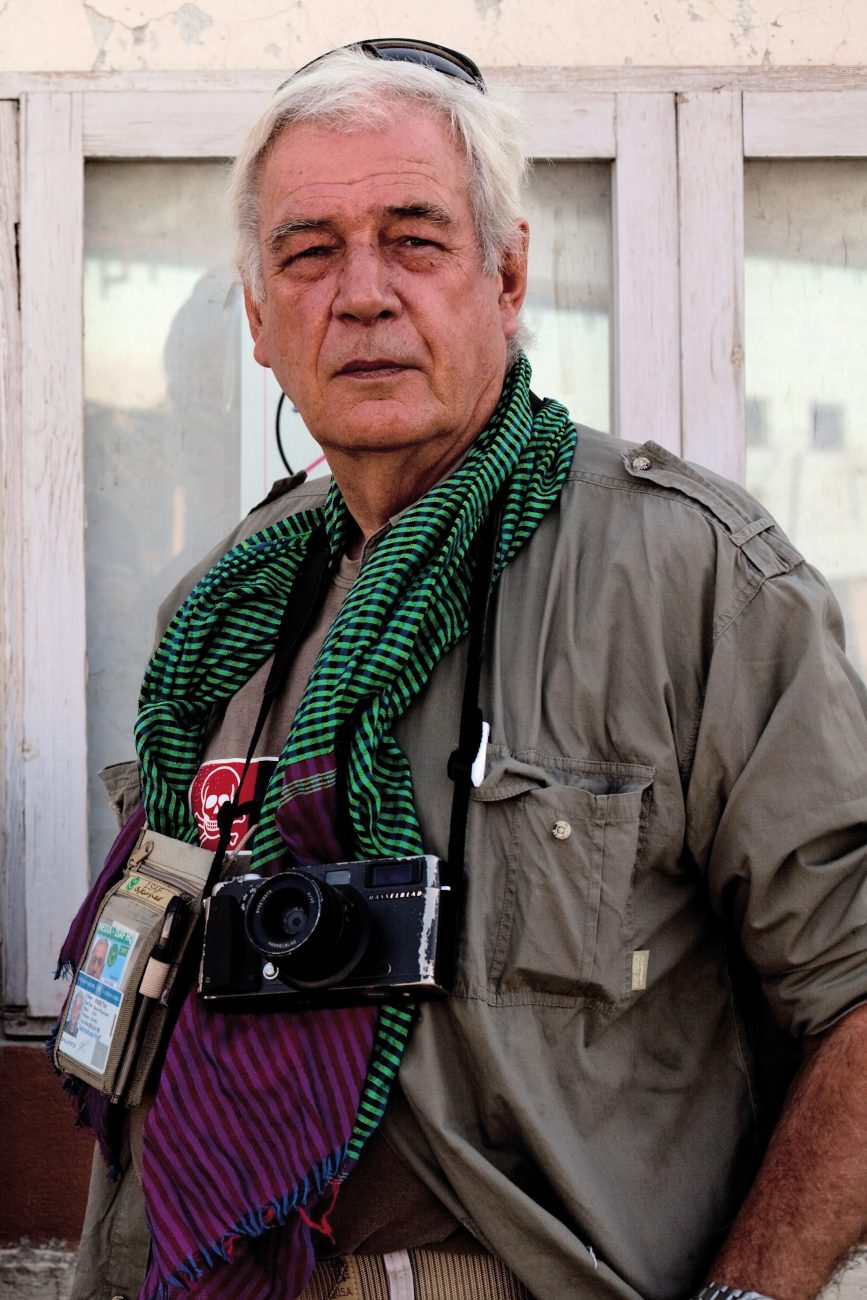 In 1962 I sold my camera to buy a bus ticket from Madras to Penang. I bought a Yashika in Rangoon dirt cheap and used that to take pictures all the way around Burma for a month. That camera was nicked in a brothel we were living in, in Bangkok, along with all the film.

The first picture I sold was in 1963 and that was to United Press International. It was of the Laos Air Force blowing itself up. The planes were parked in a semicircle and an armourer had tripped off a machine gun on one plane and it fired into another and they all basically blew up in a chain explosion. After that I sold some images of opium harvests too.

It was my photographs of the attempted coup in Laos that got me a job with UPI. I’d ridden through machine gun fire to get the pictures out. They got world play and I was offered a job on the back of that in Vietnam for 90 bucks a week. I hadn’t worked for a month or so and it was perfect timing. It sounds ridiculous now, but then you needed 100 bucks a month to live and that included sex, drugs and rock ‘n’ roll.

In Vietnam I travelled with people like Eddie Adams [Page’s mentor], Horst Faas, Larry Burrows, Don McCullin, and on and on. It’s like being in the Court of the Crimson King in a sense. If you don’t pick up what they are doing and where they are pointing their cameras you may as well leave. It was the hardest competition you could have, but if you couldn’t take as good a picture as they could, you didn’t get on the wire or in the magazine.

I was injured in the Vietnam War and recuperated in the United States. I decided the only thing to do was to get back into photography, it was what I was skilled at and I couldn’t see what other choice I really had of getting a job outside of the media. The book was completely open at a random page and I had no idea what the page was. Time and Life gave me a few odd assignments, and a year contract in Rome. I worked in Poland, Czechoslovakia and Hungary. But I wasn’t in good nick and I couldn’t really function at that point, it was too soon after the injuries.

While I was in the United States I shot for music magazines such as Rolling Stone and Crawdaddy. In 1968 I was arrested in New Haven at a Doors concert along with Jim Morrison and my girlfriend who worked for Life. Morrison was pissed because he’d been maced by the police. The story ended up on six pages in Life and then Life lost my negatives.

Occasionally I teach. The first thing I do is look around and ask the class of 30, “How many of you have got a camera with you? One? Okay. The rest of you can leave. Photographers carry cameras. If you don’t have a camera, fuck off.” And when a student asks me for an extension, or to give them another chance, I say, “Fuck off, you’ve just failed.” There’s no second chance out there. I couldn’t in the middle of the Vietnam War say, “Excuse me, could you stop firing for a moment so I could reposition this guy and just move that fighter bomber underneath, hold, hold, hold, hold… okay, thanks.” Wake up!

I don’t see how you could live my life now. There’s an illusion that photojournalism is a romantic, exciting, easy profession to be in. The reality is that it pays very little now, especially when you consider the risks. Look at the young photographers going to Syria. They get 70 bucks a day if they’re lucky, no advance, no insurance and no support. You might be lucky to get a picture you can sell, but even in places like Syria at every event there’s a clusterfuck of people with iPhones. It’s a young person’s game. I’m Jurassic Park.