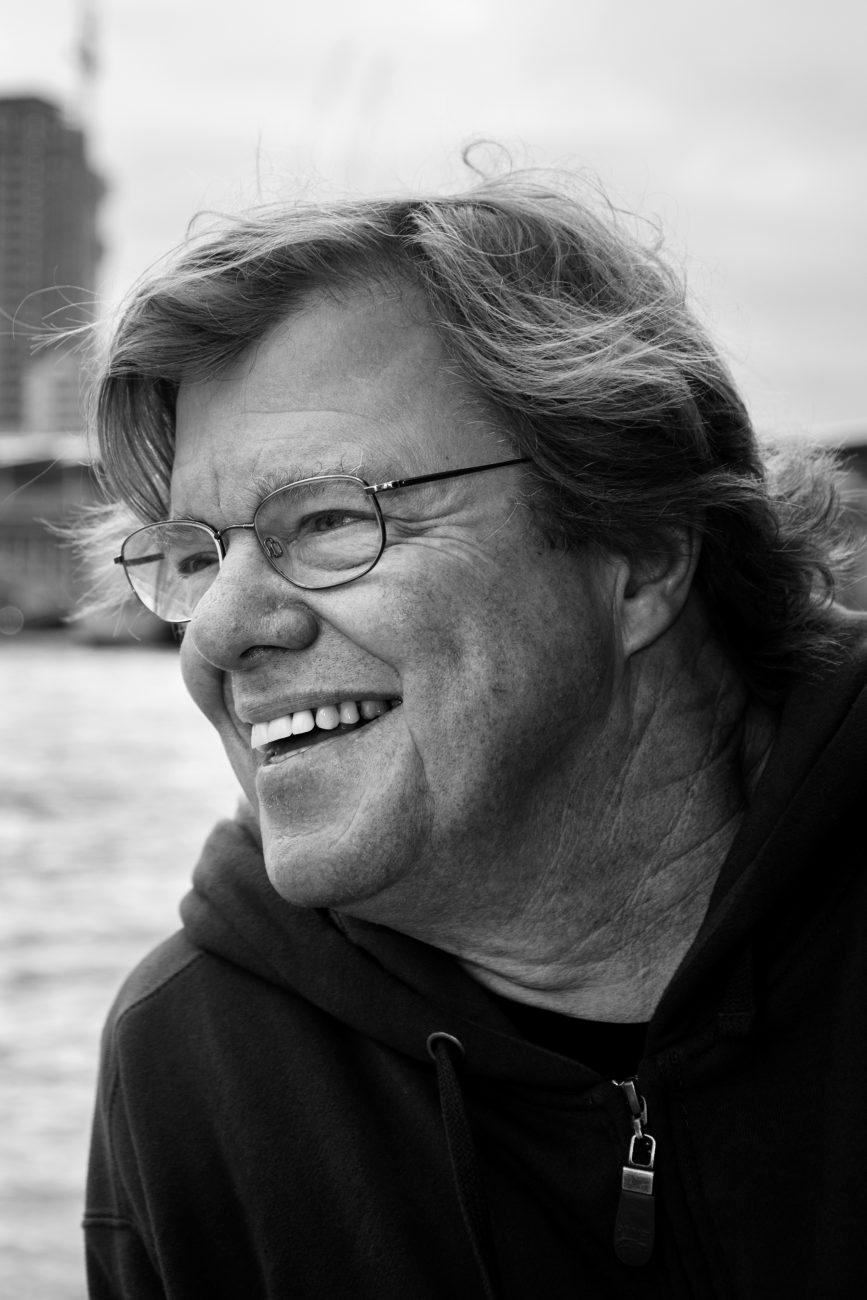 I’m sort of an obstinate son of a bitch. I’m durable. There are a lot of overlooked components to being successful in this industry. A lot of the photo magazines emphasise a certain level of visual brilliance—virtuoso magnificence behind the camera, all of which is fine hyperbole but almost none of it is true. There are lots of good photographers out there so what you hope for is a certain measure of things you bring to the party: the way you do business in a straight-forward fashion; remaining organised about the way you deliver your work, the dependability factor; the durability; the tenacity to push for the client at the moment in hand; the personality that you need to keep everyone cajoled, happy and moving along, being pleasantly aggressive. Those are elements of success in the field that have nothing to do with your picture-making ability.

After 9/11, I was fortunate enough to photograph a project that came to be called ‘The Faces of Ground Zero’, and now, twelve years later, it would appear those pictures still have a measure of resonance.The main thing is the responsibility I had to the people who came in front of the camera in the aftermath of loss—emotional distress, loss of life and the loss of family. We tried to make the studio a safe zone. If they wanted to hang out and get a coffee and a donut, if they wanted to come in and take their picture and leave, then that was OK too. People were searching for a way to tell their story and searching for a sense of community. I had a responsibility, and still do have a responsibility, to be a good shepherd of their image.

There is always a tipping point on a job where you can either fold your tents or you can move forward. You have to realise that the magazine is your responsibility at that point and your job is to deliver to them as many options as you possibly can and as good as you can make them, even though the odds might be against you: It was raining, it was windy, I had 20 minutes, I had four people who were all dressed in black on a grey rainy day outside. Those are barriers that you have to leap over.

You develop a constitution. This field self-selects, or works to the laws of nature, the call of the wild, whatever you want to call it. I’ve had many young folks who want to be an assistant and travel along with me and after a period of time they decide it’s not for them, for whatever reason: the physicality of it, the stress, the sense of not being at home with your loved ones. It’s very stressful and a harder career than I think a lot of folks out there imagine it to be.

I remain relentlessly optimistic because the power to tell a story will always be with us. Don’t be daunted. There will always be people that will tell you this isn’t going to work, you’re crazy, you’ll never make a living, and that there are a million photographers out there. All the naysayers are gathered around your tent and you just have to ignore them and continue to do what you love.

It’s really cool to go out with a camera and at the end of the day something exists that didn’t exist at the beginning of the day. Lots of folks have levels of satisfaction with their professions—as a lawyer you win a case, as a doctor you save a life, very significant things. As a photographer you can take your point of view of the world or your imagination and make it real. And that has the potential, a small percentage of the time, to achieve the power of memory and have people—some you’ll never meet—look at or discuss your photograph. That’s kind of cool.