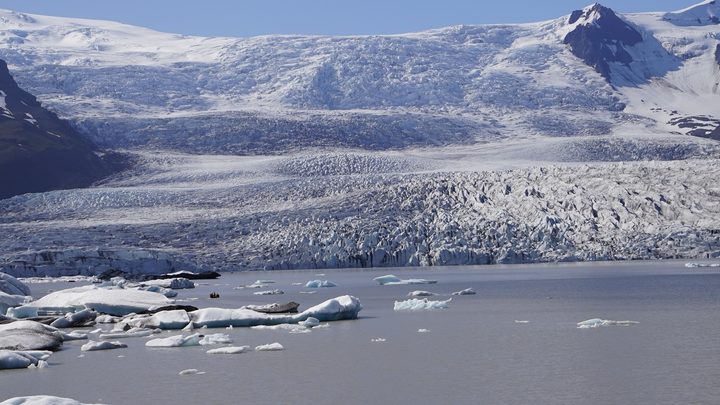 Scientists in Greenland and Antarctica are drilling back in time. They are in search of old ice and sediments that holds records of past warm climates, and are hoping that it will give clues as to what expect in future.

Sea levels are already rising as the world heats up, and we know that melting polar ice will be the biggest contributor – but the questions is will most of it come from Greenland or Antarctica?

The IPCC is the international body of scientists tasked by the United Nations with assessing climate change science. In early October 2018, it released a ‘Special Report on Global Warming of 1.5°C.’

The report called on governments around the world to take urgent action to address climate change and keep global warming to 1.5°C.

IPCC co-chair Jim Skea said at the time that “limiting warming to 1.5°C is possible within the laws of chemistry and physics – but doing so would require unprecedented changes.”

One of the topics discussed in the report was sea level rise, and how high it might be under different global warming scenarios.

Greenland is home to the second largest icecap in the world, after Antarctica. The Greenland icecap is up to three kilometres thick, and Dorthe Dahl-Jensen, from the University of Copenhagen in Denmark, says that “if Greenland melted away we would get about seven metres of sea level rise.”

Dorthe says that she works “with ice core research. So we try to look back in time to see what happened to the Greenland ice sheet if we look at previous warm climate periods.”

About 130,000 years ago it was about 5°C warmer over Greenland than it is today; at tropical latitudes at the same time it was about 2°C warmer than today.

Global sea level back then was about six to nine metres higher than the present, and evidence from ice cores shows that about two metres came from melting of the Greenland ice cap.

There are no ice cores that go back 130,000 years in Antarctica, and as a result Andrew says it is more difficult to work out exactly where Antarctica’s sea level rise contribution of four to five metres came from.

Dorthe and Andrew agree that there are a lot of unknowns in trying to tease out what happened to the great ice sheets in the past, how they might react to different amounts of future warming and what the resulting rise in sea level might be.

“One of the biggest uncertainties is our behaviour in the future,” says Dorthe. “Because it depends on how we react and how much greenhouse gases we put in the atmosphere, on how strong the temperature change is going to be.”

“We’re sort of playing with fire a little bit here,” says Andrew. “By warming a climate and not knowing quite when we might instigate a massive change in ice sheets and cause even more dramatic sea level rise.”

Find out more about Antarctic ice

Earlier this year, Our Changing World featured Antarctic ice, coinciding with an ice-themed issue of the journal Nature.