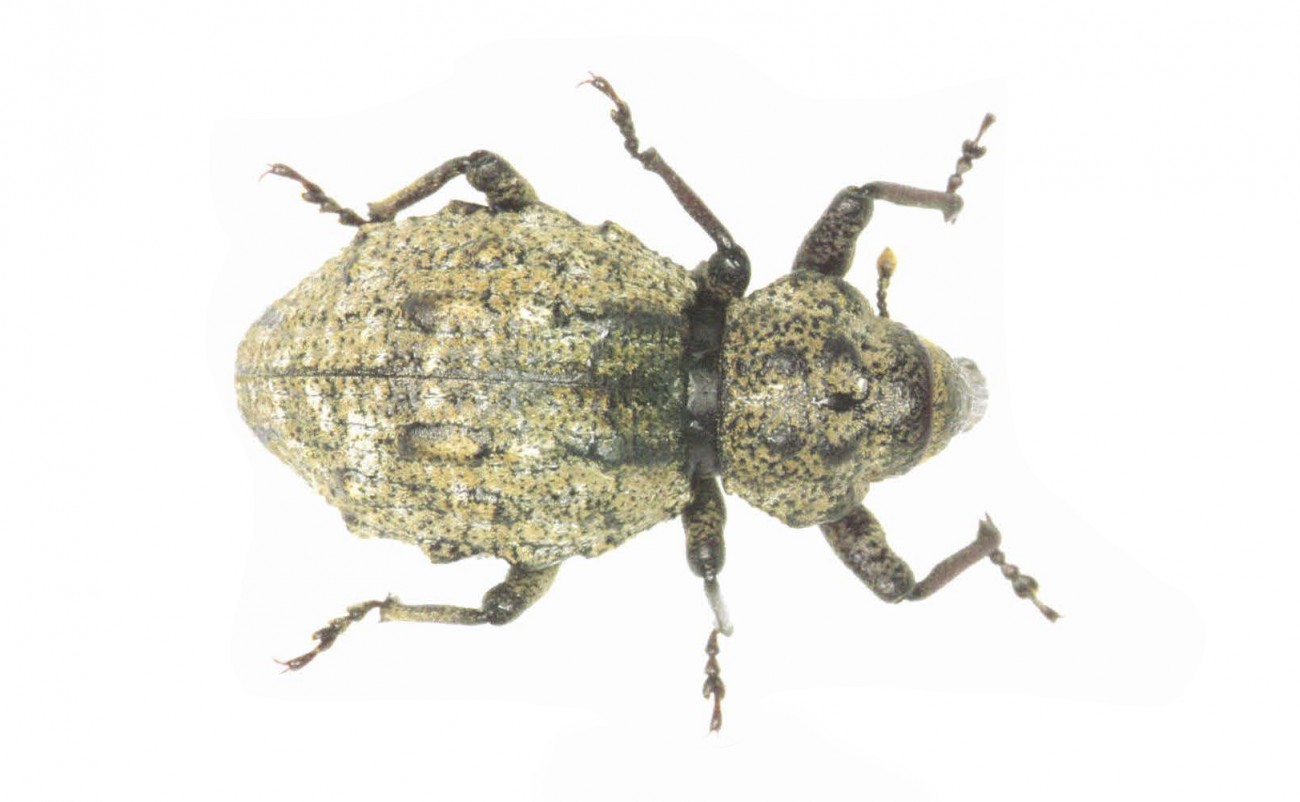 Not seen since 1922, Hadramphus tuberculatus (the Canterbury knob-bled weevil) has been largely for­gotten—a category X (presumed extinct) species. It was once com­mon throughout lowland Canterbury from Oxford to Waimate and was regularly seen in Hagley Park. A true lowland species, it was never found in the Southern Alps or even on Banks Peninsula.

An occasional eccentric entomol­ogist spent the odd day cursing their bloodied hands while they searched amongst the spikes of the weevil’s known host plants—members of the genus Aciphylla (spaniards or speargrasses), one of the prickliest groups of plants in the country. Until recently such searches proved futile, and the fate of the knobbled weevil seemed more certain as the years passed.

However, in November 2004, Laura Young, a Masters student at the School of Biological Sciences, University of Canterbury, began a study of Aciphylla in conjunction with her supervisor, Professor Dave Kelly. Her project aimed to explore the reproductive ecology of Aci­phylla, including the interactions be­tween the plants and their insect pollinators. Very few insect-pollinated plant species mast seed (that is, seed only once, copiously and en masse, every so many years), and even fewer are dioecious (bear male and female flowers on separate plants). Aciphylla is both a mast seeder and dioecious. It comprises about 40 species in New Zealand and three in Australia.

Many Aciphylla species are im­portant in high country grasslands. Insects are their known pollinators; however, little is known of the spe­cies involved. It is also a mystery how the insects survive when the pollen on which they are thought to depend is produced only once every few years.

While examining hundreds of Aciphylla plants at Burkes Pass Sce­nic Reserve, Laura and her field as­sistant, Sarah Luxton, found a large weevil crawling about the base of the rosette on a plant not far from the roadside. Surprised to see such a large insect, they joked about it be­ing the “extinct” giant weevil.

The following week, at Hakata­ramea Pass, Laura found another weevil. Feeding on A. aurea, it was about three times as large as the one from the week before. She brought it to me to identify, and it turned out to be the rare Lyperobius huttoni—a black weevil 3-4 cm in length. Shealso mentioned the earlier weevil, which proved to be the elusive Hadramphus tuberculatus, the first specimen seen in 80 years.

H. tuberculatus is now the rarest member of a small genus of large, flightless, nocturnal weevils. Other species are present on the Chatham Islands, in Fiordland, and on the Snares and other sub-antarctic is­lands. All are threatened by severe habitat modification, introduced predators or both.

Alison Evans, invertebrate ecolo­gist at DoC, is delighted by the chance discovery, considering it one of the most significant entomo­logical finds of the last 50 years. A careful survey of the area in which it was made—luckily within a DoC reserve—is planned, but whether the knobbled weevil is one of the myste­rious pollinators of Aciphylla has yet to be established.