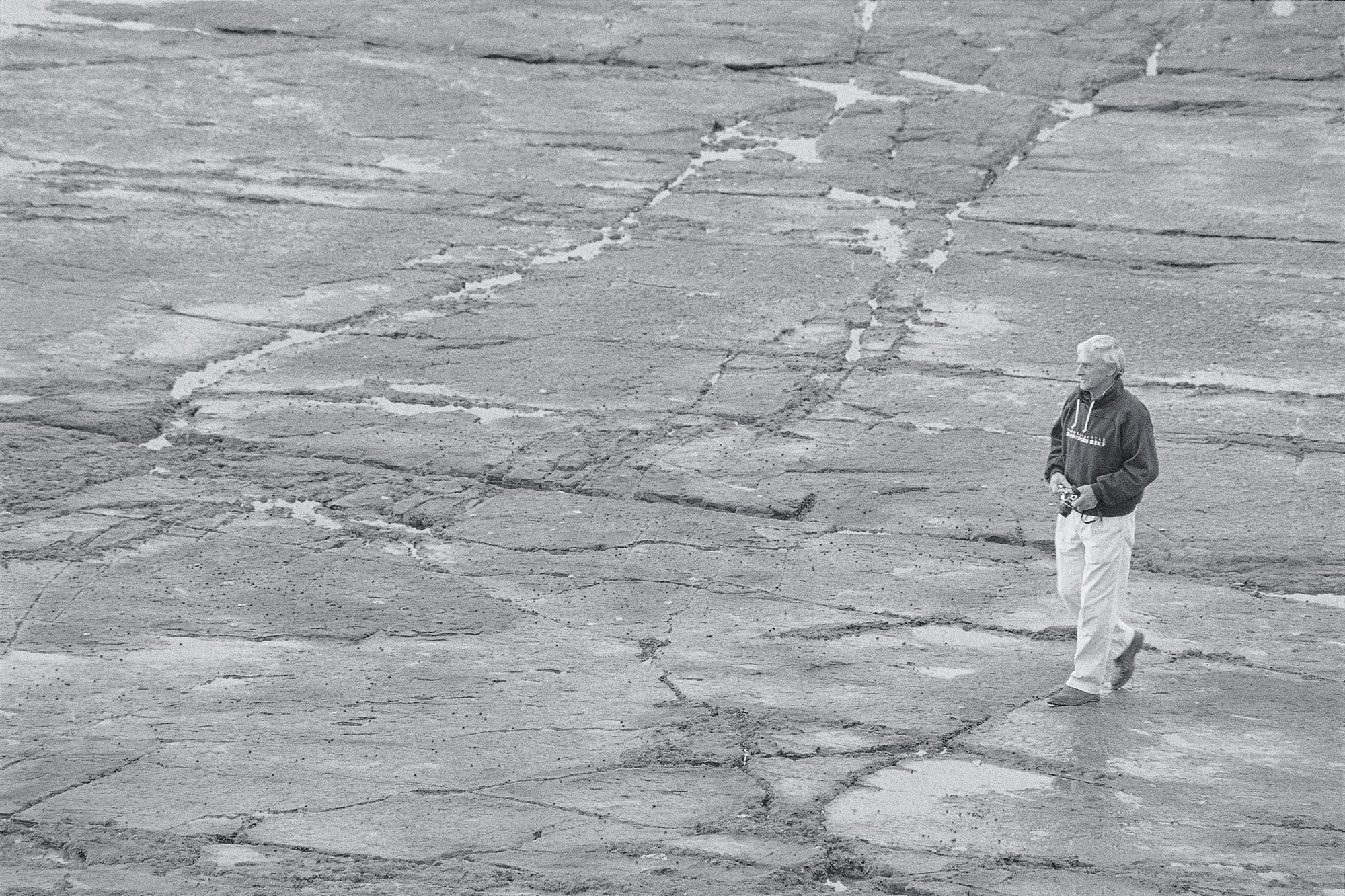 Theo Schoon, the Dutch artist, was the person who introduced me to the geothermal areas of the central North Island—areas to which I have returned many times record on film the detail and drama of these incredible places. Here, at your feet and in the very air you breathe, are the feverish exhalations of volcanic activity. These sites are the art galleries of nature’s creations, thrust to the surface from subterra­nean crucibles by steam, boiling water and gases.

At Ketetahi hot springs, on the northern slopes of Moinit Tongariro, ­the potter can witness the genesis of his raw material, as hot, acidic water bubbling out of the mountainside attacks andesitic rock to produce clays tinted with blue, cream and, orange-brown. At Rotorua, deposits of pure-white clay have been formed by chemically. active vapours acting on pumice, while at nearby Waiotapu, and further south, at Wairakei, the palette of colours is gaudy and flamboyant, caused by traces of iron, sulphur, mercury and arsenic.

It is a transfixing experience to contemplate these rich cargoes of minerals being delivered to the surface, while the hot, ground hisses with activity all around you. But photographing the details of these panoplies of form, colour and texture is a hot and Frustrating activity Frustrating because of the warm fog  that condenses on the cold camera lens, and because what is rendered by film is so often inferior to what the eye sees and the mind embraces.

Geothermal areas have much to teach about processes as well as prod­ucts. For , example, as clay and, mud dry they exhibit a characteristic cracking pattern built around a system of 90- and 120-degree joints. In my photograph of a-dry fumarole at Whakarewarewa, you can see where evaporation has drawn various salts to the surface of the clay to produce a dappled pattern of thundercloud blue and yellow. Occasional showers of rain have pitted the surface as well as eroding and softening the edges of the clay-mud blocks.

The phenomenon of cracking intrigues me, and is one of the textural , expressions that I use in a number of my ceramic forms. These forms evolve from a solid sphere or slab of plastic clay that is coated with dry, powdered clay, Stretching the clay causes tensions, and cracking occurs as the surface area increases: The patterns are controlled and varied by the positioning of the powdered clay, its degree of fineness and by the intro­duction of stress lines that’ evolve into more -pronounced cracks with further stretching.

Silica, an essential ingredient of glazes and clays, is also an important mineral in the geothermal world. When hot geothermal water cools, the dissolved silica precipitates as sinter. At Waiotapu, beautiful coralline formations of sinter line the overflow channels of the Champange Pool. Further down the slope, the cooling water releases more silica, creating the bioad, wave-like Primrose Terraces. Near the vent of Pohutu Geyser at Whakarewarewa, grapelike clusters and geyser “eggs” form as layer upon layer of  sinter are deposited around a central nucleus.

Although I have been able to give expression to a number of these physical effects in my work, I have never been able to fully express the power of the geothermal landscape: It is unfathomable and containable. Perhaps the closest i have coming to giving form to its raw energy has been in the making of my Earth Books, where the process of rending clay parallelled the violent forces within the Earth’s crust.

Geothermal areas have been a rich stimulus to my art and my understanding. These dangerous and restless places continue to beckon me.

Living crystals of the bitter waters